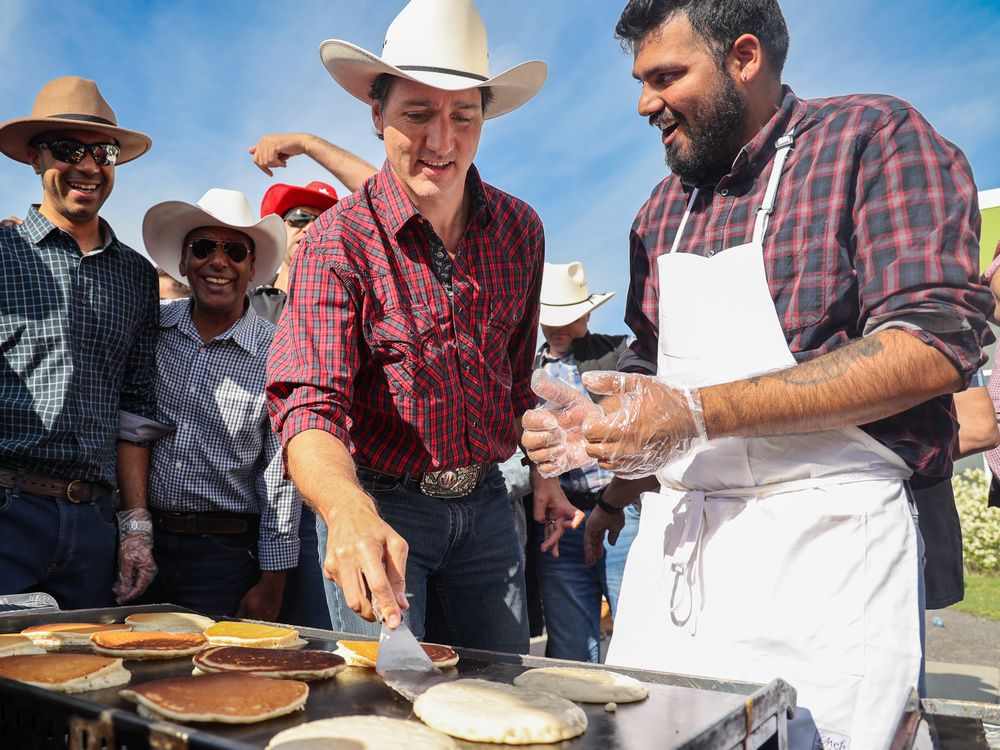 Most people try every day to offer what they can. Many have tough odds. I live in Alberta, and it seems like we have many things going for us.

I went for a walk to my local convenience/gas station on Sunday. At the lights on Crowchild Trail, the cars and I were held up by an extremely impressive police motorcycle and vehicle parade. What was it?

At the station, a young man pleasantly said it was the movement of the prime minister to the airport. I smiled and was happy.

I went outside, past a luxurious SUV filling with gas and told the man what had occurred. He said, “I thought he’d be shot by now, I work In oil and gas.”

I thought, “I guess that guy just doesn’t have enough.” I tried not to let him ruin my day.

Re: “Canada needs to re-examine and secure its own energy self-sufficiency,” Opinion, July 15.

It is interesting that Donna Kennedy-Glans, Alberta’s former associate minister of electricity and renewable energy, channels the ghost of Charlie Fischer to champion construction of refinery capacity in Western Canada.

I did not personally know Charlie Fischer, but a pragmatic engineer would be very aware of how carbon pricing and dividend policies affect the economics of fossil fuel infrastructure. New fossil fuel projects just don’t make sense anymore, from both a climate and business point of view. The price signals are clearly now in favour of greener energy projects.

Maybe Charlie Fischer would have seen the wisdom of even stronger carbon pricing and dividend policies as a way to make Alberta better.

The picture in the Calgary Herald of the little girl in the coffin made me weep.

An innocent little child killed by a bomb is such a travesty. This senseless war is into its fifth month with no relief in sight. Canada and the U.S. have to step up to the plate and rid our world of evil. It is the only way. This pussy-footing around using sanctions is a joke. Putin must go.

Why is it that even the mention of a provincial sales tax sends shivers down the backs of all political parties in Alberta? Would you not think that when you are facing a budget crisis everything should be on the table? Maybe it would be wise to weigh the benefits of both PST and no PST, rather than saying flatly there will not be a provincial sales tax.

Air Canada is in discussions to buy carbon removal credits to offset the emissions from air travel. I don’t expect Air Canada to use their net profits to pay for the credits. I do expect the costs for the credits to be an add-on to my ticket price. An airline is like numerous other “pseudo monopolies” in Canada that are “price makers” for their service/goods and, as a consumer, I have to take the price or take a hike and stay home. Watch for all the positive news about this and then wait to see your ticket price go up accordingly.