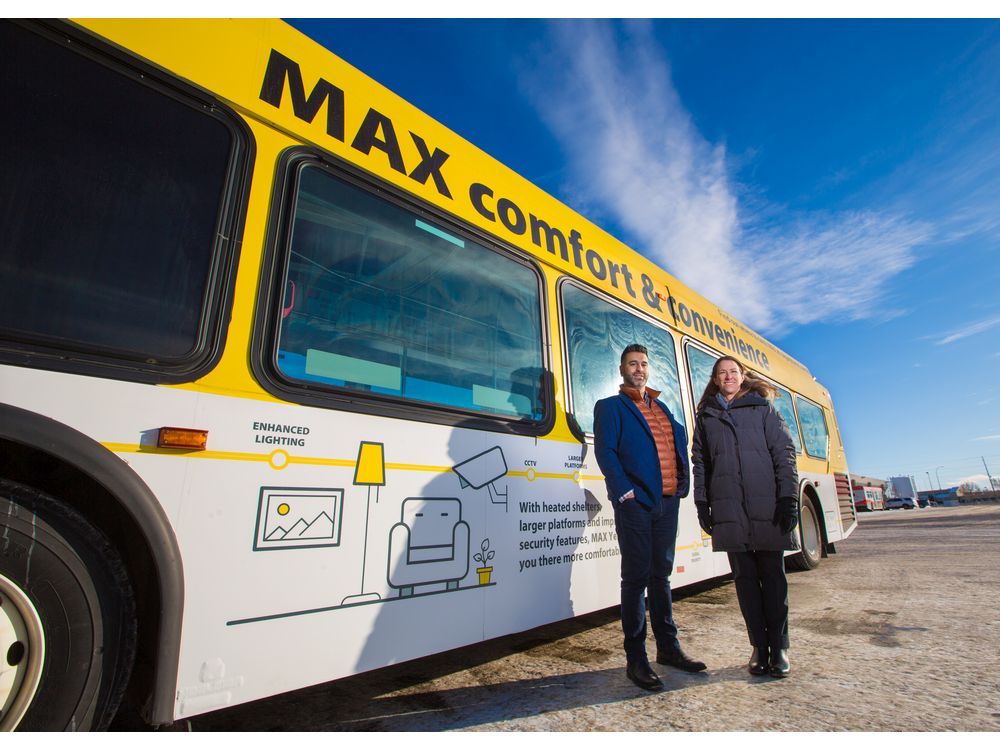 When I read the letter from Don Thorssen who questioned the worth of the South Bus Rapid Transit route, while driving in his car, I felt obliged to offer my perspective.

I am a retired senior without a car, who relies on public transit to get around. A resident of Woodlands, I find the bus in question (the MY or Max Yellow) to be a welcome addition to the network of buses and C-Trains that serve Calgarians. According to the Calgary Transit website, MY has 17 stops in total, running along 24th Street S.W. and Southland Drive, then heading north alongside 14th Street S.W. to Heritage Park, Rockyview Hospital, Mount Royal University, with final destination stops downtown.

Granted, ridership is disappointingly low at the moment. Possibly due to the pandemic, or because many are not aware of this cost-saving and efficient option to driving their vehicle.

Re: The timing’s right so I’m saying so long for now, Opinion, March 26

I was so sorry to read of Licia Corbella’s retirement. I have always regarded her as a bright light and a balanced and rational voice in a world of journalism where those voices are sadly on the wane.

In her farewell column, Licia rightly commented on the power of her pulpit in being able to advance initiatives for the common good.

When I was Board Chair of the Stampede, Licia wrote a column that was critical (justifiably) of a number of things we were doing, or not doing.

One that I recall, was that there was no sense of arrival at the gates. We met with Licia and listened to her ideas. The result was a more welcoming physical redesign of the entrances, as well as locating displays, music and free entertainment that created a festival atmosphere as soon as guests approached and entered the park.

Thank you Licia for all that you have contributed to the enjoyment of Herald and Sun readers, and even more importantly, to our community.

Re: Backbenchers call for Kenney to resign, March 25

This article is disappointing by overemphasizing unsupported cheating allegations and relegating comments about strengthening democracy to the end.

Most of the article focuses at length on the inflammatory allegations of a few disaffected UCP MLAs that the party’s decision to “use mail-in ballots undermined trust and opened the door to potential cheating.” Mail-in ballots are routinely used successfully in elections without challenge or controversy. It’s difficult to take allegations about cheating related to a future event seriously.

The article provides little balance by quoting other UCP leaders with these quotes in the last paragraphs of the second page. “It’s surprising to hear certain local constituency presidents who claim to value grassroots democracy criticizing a move by the party executive to make it easier for members to vote” and “the expansion of who can vote [via mail-in ballots] is good for democracy.”