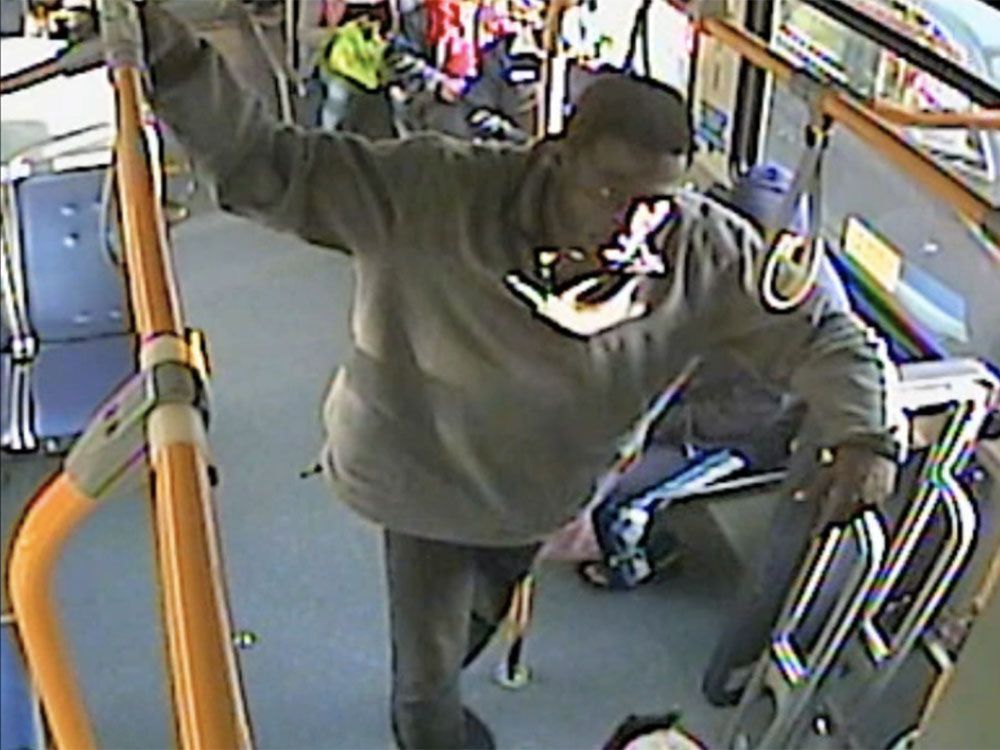 ‘He stood inches from her face, allegedly shaking his fist in the air and threatening to punch her’

Transit Police are seeking a suspect in yet another unprovoked attack in Metro Vancouver last month that was caught on video.

A woman was sitting on a bus headed north on Main Street in Vancouver on the evening of June 20 when a stranger boarded the bus at Marine Drive and sat several seats away from her.

“Shortly after the bus departed, the man stood up and aggressively approached the woman,” said Const. Amanda Steed in a release.

“He stood inches from her face, allegedly shaking his fist in the air and threatening to punch her. The victim approached the bus operator to make him aware of the situation while the suspect paced back and forth.”

When the bus stopped, the suspect went up to the woman as she spoke to the driver and, without provocation, allegedly punched her several times and knocked her to the ground. Surveillance video shows a man throwing a punch with the victim out of frame, but it shows the drink she was holding spilling out onto the bus floor.

He then got off the bus at Main and 64th Avenue.

The suspect is Black, 30 to 50 years old, six feet tall, with a slim build and short black hair. He was wearing a light brown pullover, dark pants and black runners.

“Fortunately the victim did not sustain any serious physical injuries in this shocking, unprovoked attack,” said Steed. “Everyone has the right to arrive at their transit destination safely, and without the fear of harassment or assault. We are reaching out to the public with the hope that someone recognizes this suspect.”