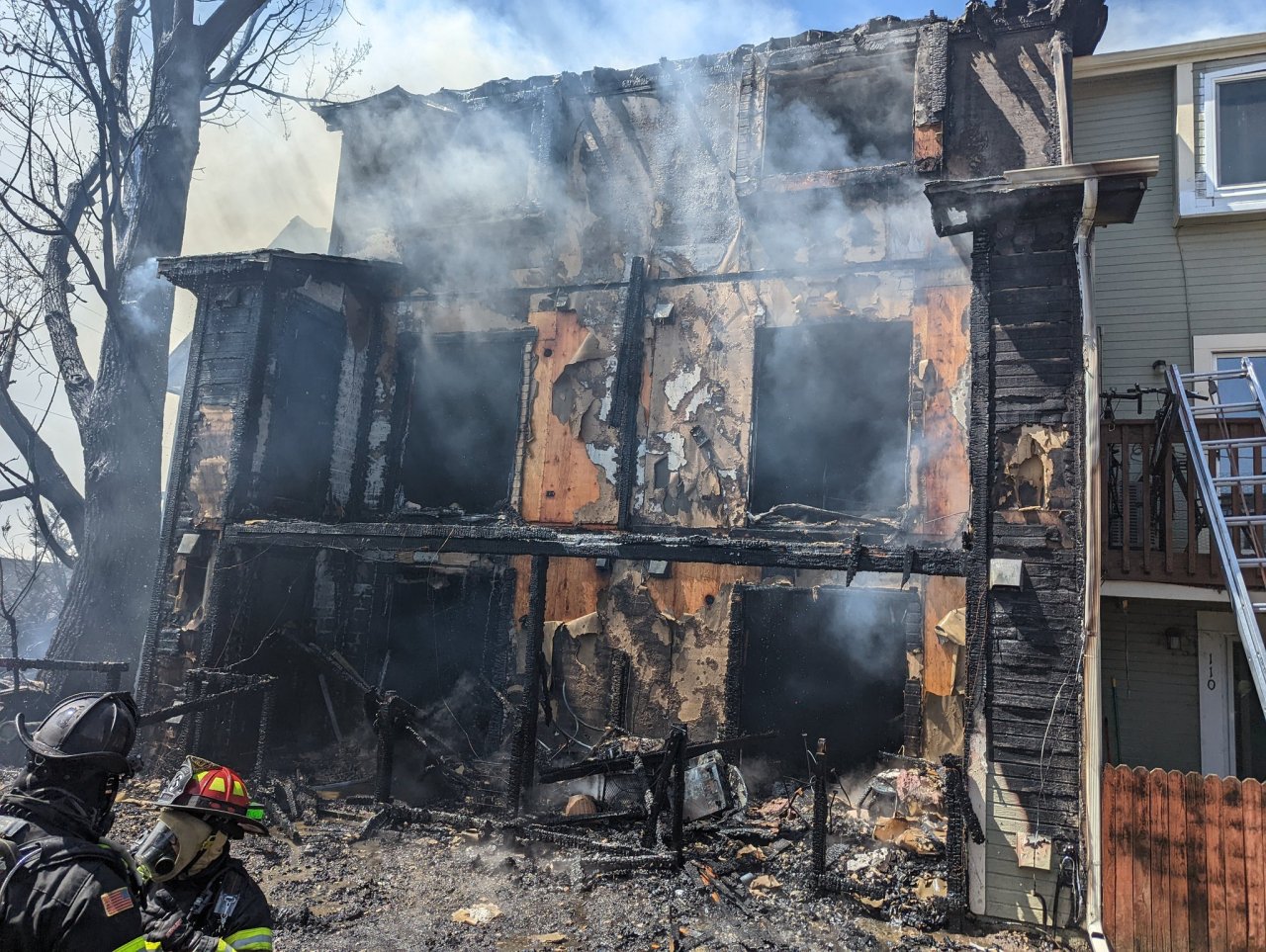 “I was at work at the time, and I got a phone call that my building was on fire,” Daryl Williams, resident at the Topaz Indian Creek Condos, said.

Nearby, a construction crew was working on a site when the fire started.

“Some of my coworkers went into the home near the apartments to help those people get away from the fire,” Marcos Morales said.

One person suffered burn injuries and was transported to the hospital for observation. Flames tore through units in the back of the complex. Multiple residents reported hearing explosions.

“Just from the little bit of experience I have with explosives, firearms and stuff from my military training, I was pretty sure it was propane, something. I don’t know what it was,” Billy Beery said.

Those explosions, Beery said, led to the fire, among other calamities at the complex.

“The second pop is when the power went out, and then there were several pops after that actually,” Beery said.

Witness video captured the intensity of the flames at their peak.

Folks who left their pets at home waited on any news of their condition. Williams said he heard a neighbor lost their pet.

“I didn’t have my service with me at this time actually. Normally I would have a service dog,” Williams said.

One dog died in the fire, but five were rescued. Williams’ service dog was not the only one who would have been at home.

“Normally, I would’ve been here actually, with all this being at home during the quarantine, but now I’m back at work so I was actually at work today,” Williams said.