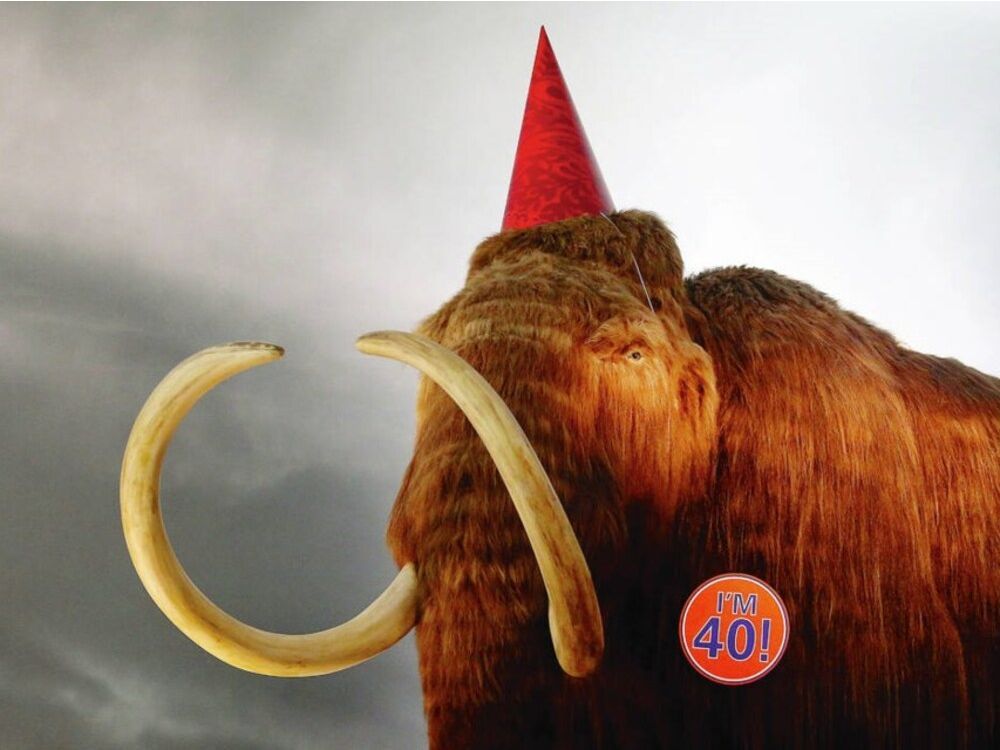 VICTORIA — The Royal B.C. Museum’s iconic woolly mammoth could end up at Vancouver International Airport, while Ogden Point could take some whale models while the museum transitions to a new building.

Despite calls for the replacement project to be cancelled, the museum is plowing ahead with packing of artifacts, finding temporary homes for some of its star attractions and launching ambitious travelling exhibits and provincewide consultations on what British Columbians want in a new facility.

Parts of the third floor of the museum, once home to Old Town and the First People’s Gallery which were closed Jan. 1, are now given over to tables where museum staff are cleaning, documenting and boxing artifacts for storage.

Discussions are underway with Vancouver International Airport to babysit Woolly — the giant woolly mammoth that’s become the museum’s most popular piece — and for Ogden Point, Victoria’s cruise ship terminal, to take orca and other whale models, and information panels during what is expected to be an eight-year shutdown.

Orcas: Our Shared Future, which took three years and $3.5 million to develop, will be packaged up for a world tour, heading first across the United States and then possibly to Asia, helping the museum earn revenue during the shutdown. A just-finished dinosaur exhibit, featuring the beasts that once wandered the province, will head out on tour in B.C. and elsewhere.

New chief executive Alicia Dubois said she has vacated the “ivory tower offices” on the 10th floor of the Fannin Building used by previous executives in order to create space to store artifacts and displays.

It’s also a visual signal, she said, of an end to the “top-down leadership” that drew criticism from staff, and led to allegations of racism and eventual closure of the third floor for what the museum called “decolonization” of the exhibits. Her office is now on the ground floor just behind security.

Despite an intense backlash over the province’s surprise plan to tear down the museum and build a $789-million replacement, it’s all systems go on the ground at RBCM.

Dubois said surveys will appear on the museum’s website seeking public feedback on how a new museum should present the province’s history. She said teams of staff will fan out around the province immediately after the early September closing to meet with the public.

The museum is splitting the province into five zones — the northwest, northeast, south central and Kootenays, Greater Vancouver and Vancouver Island — where Dubois said they will learn about communities and their histories at 25 locations, many including First Nations.

“It’s time to give the stories back to the people to tell in their own words,” Dubois said.

“It’s time to empower different cultures to tell their histories and for us to be facilitator … we’re not owners of the history. The people are.”

Initial strategies for consulting with First Nations involve meeting with tribal councils, where representatives of many of British Columbia’s 215 First Nations gather for quarterly meetings.

Tribal councils range in size from four to 19 First Nations, said Dubois, including the Nu-Chah-Nulth tribal council on the Island, which represents 14 nations.

“An elder told me that we need to move away from partnerships … now we need relationships,” said Dubois. “It’s time to listen.”

Consultations will start in September on the Island and will include the tourism industry. The information-gathering tours will continue through to December, with museum staff in one of the five regions every week, then begin again in February with a team that includes archivists, curators and gallery staff.

The goal is to connect with all cultural groups in the province, said Dubois.

Those visits will determine what artifacts the RBCM could loan to regional and local museums over the next several years, as well as future travelling exhibits. Visits will also help to enhance digital learning with schools.

The museum has more than seven million artifacts in its collection, but only displays about 1% of it.

Dubois said if a regional museum does not have the ability to safely display certain priceless items, duplicates could be made.

Travelling exhibits include the Our Living Languages in Port Moody and Fort St. John; Canada’s Oldest Chinatown in Victoria; B.C.’s Marvellous Mushrooms in Kelowna; Gold Mountain Dream in Vancouver; Haq and History in Surrey; and Aliens Among Us, about B.C.’s invasive species, and Birds of Prey, which is ready to launch.

The packing process is expected to take nearly three years. A massive warehouse has been leased on Victoria airport land and a bid request is out on the province’s B.C. Bid site to fit the space with temperature controls and security.

The museum is seeking proposals from vendors to supply a new digital system to track its artifacts, specimens and records in time for the move to the new collections and research building in Colwood in 2025.

Dubois said the museum is viewing proposals for the new Colwood building, which is expected to have several hundred square feet of exhibit space as well as an “interactive atmosphere,” where visitors can watch museum staff at work with various collections. She likened it to the Tyrrell Museum near Drumheller, Alta., where visitors watch curators work with dinosaur fossils and create displays.

She said the Fannin Tower, where museum experts and curators do their work on the current site, “is a bunker, and the public never gets the benefit of seeing the great work.”

Many of the larger items and displays in the main exhibition hall will remain until just before the wrecking ball in early 2024, said Dubois, because most are embedded in hazardous

materials. Walls and windows will need to be taken out before each totem pole can be craned out of the third floor.

The museum, which employs 157 people, plans to hire more staff to prepare and pack as the months go on. Dubois said front-of-house workers may take on different roles as the museum transitions after closing.

She said the museum has had meetings with staff and unions and the “focus is we stay together … people want meaningful work. We have a lot of great people who do very meaningful work.”

To read more from the Times Colonist, click here.