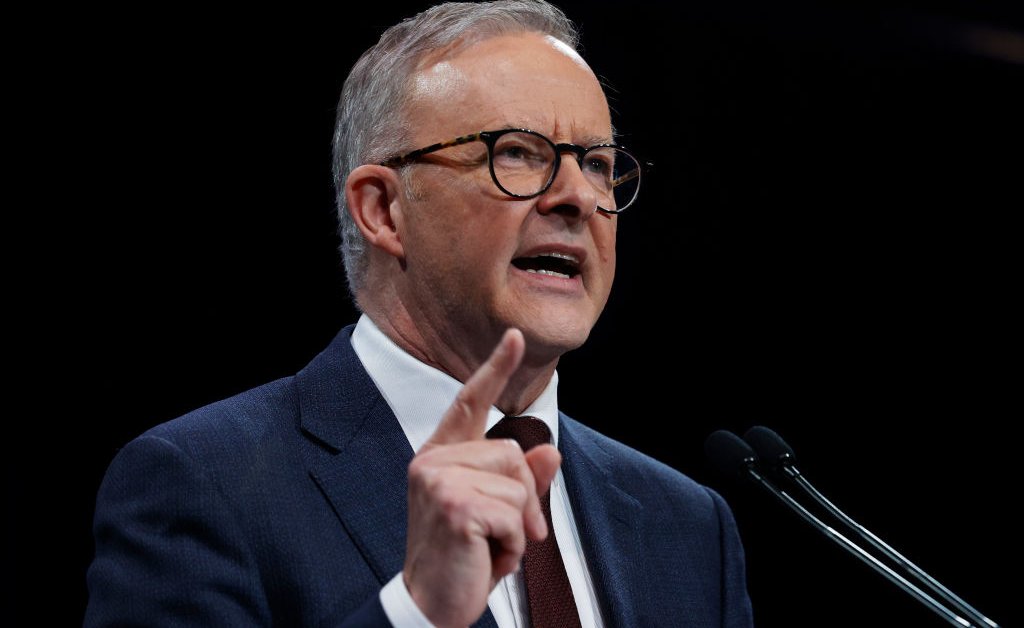 More than 17 million voters will head to the polls on May 21 to decide who Australia’s next prime minister will be: incumbent Scott Morrison of the center-right Liberal Party or Anthony Albanese, leader of the center-left Labor Party.

The campaign is largely being fought over the economy and the cost of living, but healthcare, climate change, and relations with China will also be on voters’ minds. It has been a closely fought contest, with plenty of backbiting.

Labor supporters accuse Morrison, who has been the prime minister since 2018, of lacking leadership. The Liberals have meanwhile run a series of commercials under the slogan “It won’t be easy under Albanese,” forecasting a difficult economic future for the country if it votes the opposition in.

Whichever party gets a majority in the House of Representatives—76 of 151 seats—forms a government. Labor is slightly ahead, according to some polls. That means that Albanese could unseat Morrison, to become Australia’s next leader. Here’s what to know about him.

Australian Labor Leader Anthony Albanese arrives for a press conference during a visit to Alstom Transport Australia in Perth, Australia on May 17, 2022.

What is Anthony Albanese’s background?

The 59-year-old is a longtime politician who has served as a member of parliament for more than two decades. He was a cabinet minister under the governments of Kevin Rudd and Julia Gillard, and he was appointed as Rudd’s deputy prime minister in 2013. He has been the leader of the Australian opposition since 2019.

He was born in Sydney and raised by a single mother in a public housing estate. “He comes from this sort of underdog, Labor battler background,” says Stewart Jackson, the chair of the department of Government and International Relations at the University of Sydney. “He’s your working class man.”

Albanese has said that he has three great faiths: the Catholic Church, the Labor Party and the South Sydney Rabbitohs, a professional rugby league team.

Read More: Climate Could Change the Course of Australia’s Election

What will an Albanese government mean for Australia?

Albanese has promised to improve gender equality in the workforce, to make childcare cheaper, and the publicly funded health system stronger, as well as to address issues with aged care. He’s also pledged new, more secure jobs and better pay.

“During the campaign, he’s presented himself as a fairly safe pair of hands, especially in terms of economic policy,” says Zareh Ghazarian, a political scientist at Monash University in Melbourne. “He comes from the left faction [of the Labor Party], which tends to be more socially progressive and tends to favor more socially progressive policies.”

But the difference between political parties in Australia is less pronounced than in the U.S., where the ideological divide between Republicans and Democrats is deepening.

“By and large, they agree on much of the basic structure of society,” says Jackson. “Basic liberal democracy, basic free markets, basic capitalism. Medicare is largely accepted as being important.”

What will a Labor victory mean internationally?

Australia is a close U.S. ally, and that isn’t expected to change. “He will follow along the well-trodden footsteps of many previous Labor leaders and will be a good friend of the United States,” says Jackson.

Relations between China and Australia have soured in recent years. In 2020, the Australian government called for an investigation into the origins of COVID-19, and China responded by slapping sanctions on some Australian exports like beef and barley. Some experts say the Labor Party may seek better relations with Beijing. “They do want better trade relations, more stable trade relations,” says Jackson.

He adds that a Labor government might also look to change the dynamic in the South Pacific. A recently agreed security pact between the Solomon Islands and China has been a hot topic in the country, because it could put a Chinese military base in a region that Canberra traditionally regards as its sphere of influence. “That dynamic for Albanese will be about using diplomacy, not aggressive talk,” says Jackson.

Read More: The Solomon Islands Are Becoming the Newest Scene of U.S.-China Tensions

Climate change is one issue of global concern where a change of government might have an impact. Australia has so far dragged its feet on climate action. Although climate advocates have not been impressed by Albanese’s promise to approve new coal mines, he is expected to be more climate-friendly than Morrison.

“I’d expect there to be a different approach, perhaps a more explicit, more forceful approach, towards climate change and climate change policies,” says Ghazarian. “In the past they’ve criticized the government on this…They have to demonstrate that they’re being proactive in this space”

Write to Amy Gunia at amy.gunia@time.com.