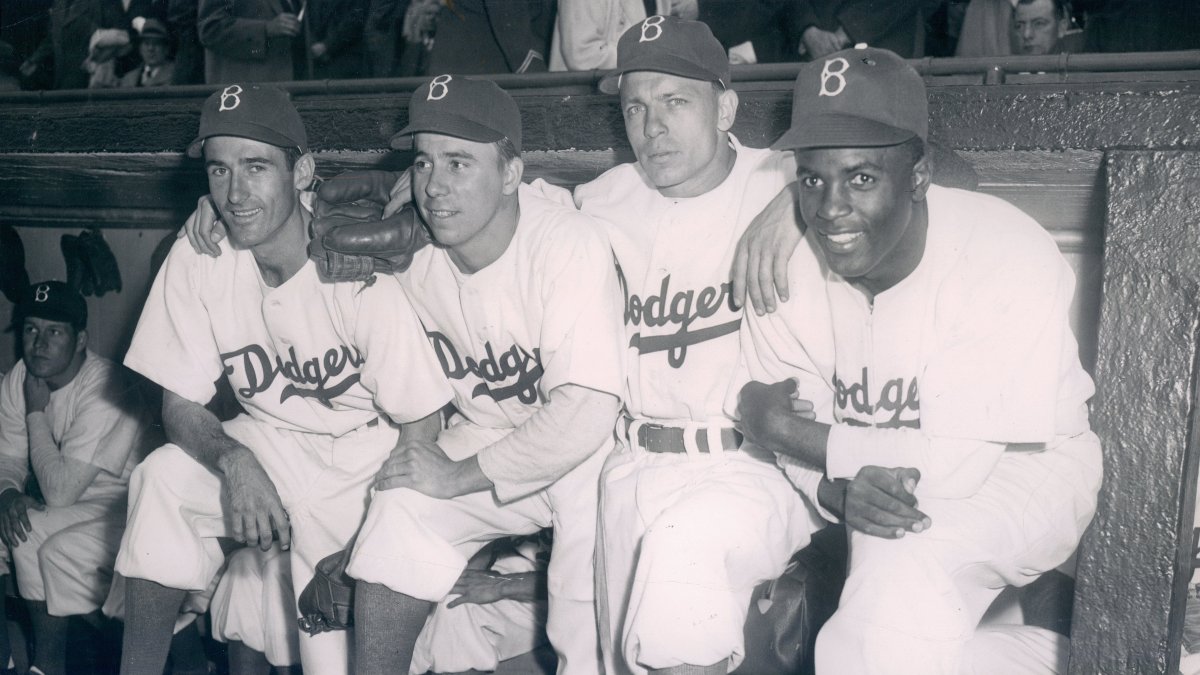 As Jackie Robinson prepared to take the field as the first Black player in modern baseball history on Opening Day 75 years ago this Friday, an Associated Press reporter asked if he had any butterflies in his stomach.

“Not a one,” Robinson replied, with a grin. “I wish I could say I did because then maybe I’d have an alibi if I don’t do so good. But I won’t be able to use that as an alibi.”

Some of Robinson’s teammates had organized a petition opposing playing with him. Brooklyn Dodgers President Branch Rickey quickly snuffed out the protest, letting the players know he’d trade anyone who wasn’t on board. It was in that pressure-cooker atmosphere in the dugout that Robinson stepped out on the diamond on April 15 to break baseball’s color barrier.

As the team’s first baseman that day in 1947, Robinson saw action right from the start. Boston Braves hitter Dick Culler led off the game with a ground ball to third baseman John “Spider” Jorgensen, who threw to Robinson. As the ball smacked into his glove, fans roared their approval for this routine yet historic out.