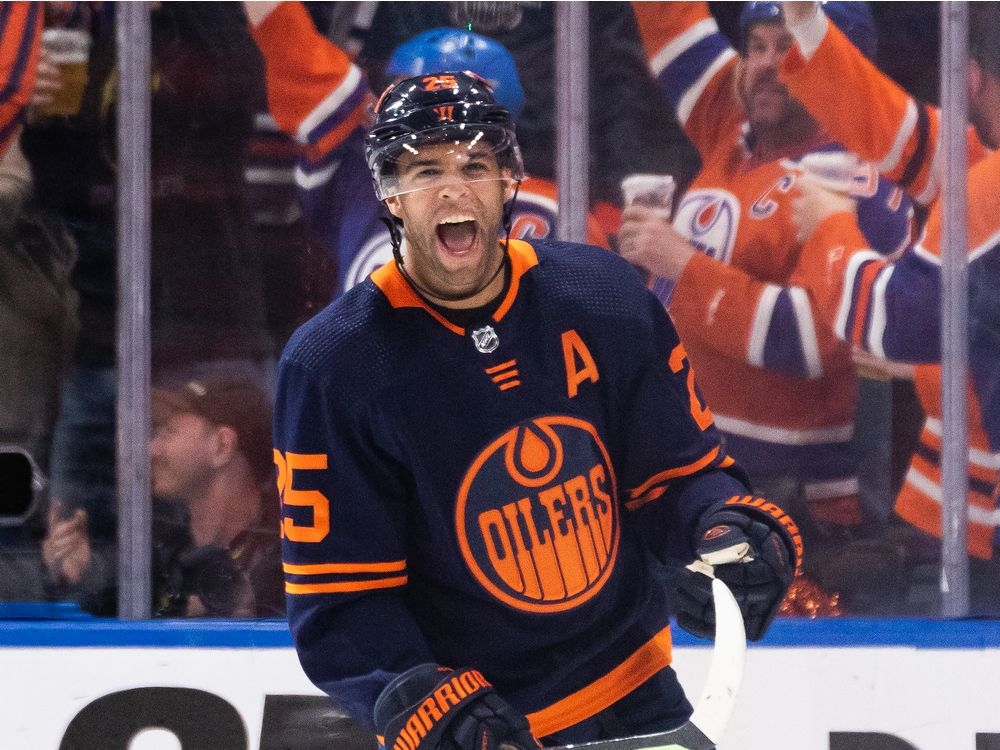 Nurse’s eight-year, $74-million contract kicks in this season, making him the second highest paid player on the team and the seventh highest paid defenceman in the NHL, earning more than the likes of Roman Josi and Cale Makar.

It’s a home-run salary that he earned by accepting less on back-to-back bridge deals when the Oilers were leery about signing him to a long-term contract.

Good for him, but sometimes a deal like that can weigh on a player. Some try to do too much in an effort to live up to the money, others get rattled by the pressure in a market that might be less forgiving of a defenceman making $9.25 million a season.

Nurse doesn’t see either of those things being an issue in his case.

“In all honestly, I can say the expectations and goals I’ve put on myself since I came into this league, since I was 12 years old, are a lot higher than anyone in this room or outside of this room is going to put on,” he said.

“Outside noise is outside noise. I wouldn’t be in this position if I was listening to everything around me, people doubting me. I would have quit a long time ago.

“I worked to get to the position I’m in right now. There’s a lot of responsibility that comes with it, to myself and my teammates, and I don’t take that lightly. I’m looking forward to reaching some of the goals and expectations I’ve set for myself and everything else is just noise.”

Nurse isn’t going to rack up the same kind of points as some of the other defencemen in his price range, but he feels he can still make an impact in a shutdown role, going head to head against the most dangerous forwards on the other team.

“That’s definitely the role I want to play this year,” he said. “Playing against the toughest competition as a defenceman is a lot of fun. It’s not easy, it’s a hard job. Your mistakes are glaring and the things you do well you usually don’t get noticed for. But thankless jobs like that, for me as a competitor, are fun to be a part of.”

The way Nurse and the coaching staff see it, if he can put a dent in the other team’s offence, a high-scoring team like Edmonton is going to win more than it loses.

“We have a very clear view of what we need from Darnell Nurse in order to be a successful hockey team and he’s bought in 100 per cent,” said head coach Jay Woodcroft.

“We asked him to shoulder some of the toughest minutes we could feed him, tasking him with the important job of shutting down the other team’s best players.

“That pairing (he and Cody Ceci) was a big reason we had the success we had down the stretch. I think he embraced the challenge of competing against the world’s top forwards. And when he’s playing at the top of his game I think he’s one of the best shutdown D men in the league.”

It took until way longer than Ryan McLeod would have liked, for a lot less money than he’d like, but the 23-year-old centre finally has a contract.

McLeod had to wait until the last minute, and wound up signing a one year-deal for $798,000 (which turned out to be less than his expired qualifying offer of $813,000), but with the Oilers tight to the cap, and this being an important year in his young career, he wasn’t about to draw a line in the sand and hold out.

“I think we have a good group and a chance to do something special this year,” he said. “I wanted to be a part of it. I didn’t want to come in a couple weeks later with a bit more money. I don’t think it would have been worth it.

“I want the most money I can get, but I didn’t have many rights this year, so I take it for what it is and hope to have a good year.

“It’s a little stressful coming here (for off-season skates and training camp medicals) without a deal, but I came in early and wanted to show everyone that I want to be here.”

If things go the way he hopes, he can parlay this into more bargaining power next summer.

“I’m basically betting on myself. So I want to be here for Day 1, put my best foot forward and have a chance to have a good year for myself and for the team.

“I feel there’s a lot more room for me to grow and I’m excited for the challenge.”

LATE HITS — Training camp invitee Jake Virtanen skated on a line with Dylan Holloway and Ryan Malone… Cody Ceci has a hamstring problem and will miss the first few days of camp.