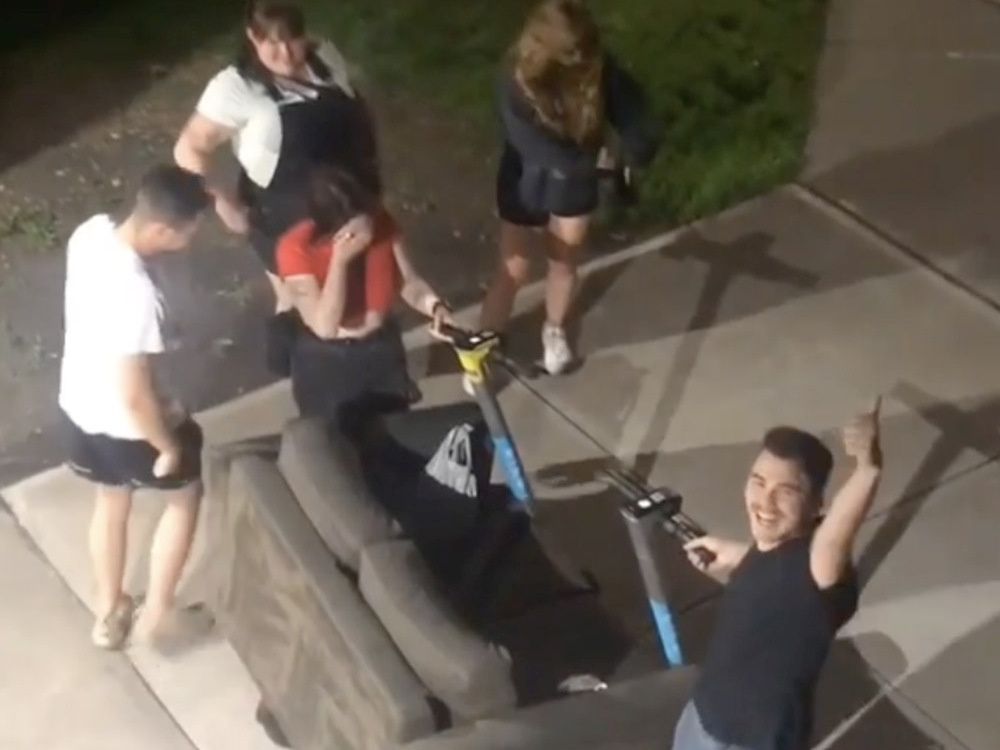 Weselowski figures the video has gained around 200,000 views, maybe more, across the social media platforms it has been posted on

Rylan Weselowski, a photographer by trade, said the idea came to the group on a late-night whim that they weren’t sure would even work.

“A lack of gas led us to opening our phones, and seeing our Bird apps just sitting there,” he said. “From there, it was more of a mutual synchronized decision.”

Weselowski said the Bird scooters were chosen as he feels they had a little more consistency over the Neuron scooters.

As for the actual execution of the moving, he said the method worked surprisingly well.

“Through synchronized yelling at each other, this was the smoothest and fastest couch move we’ve ever done,” he said.

The group used two Bird scooters, one under each end of the couch. Once the couch was loaded on, he and buddy Vince Payne took on driving duties, one on each scooter. Their other friend, Ava Maylor, who knew the previous owner of the couch, sat in the centre holding the feet of the couch.

Weselowski figures the video has gained around 200,000 views, maybe more, across the social media platforms it has been posted on.

“People love when they see something absurd,” he said. “Honestly, I had a feeling it would blow up because of that. How fast it blew up? I did not expect that.”

While it ended up working well for the group. Weselowski says he doesn’t recommend other people try it.

“DO NOT TRY THIS,” he said. “We were lucky enough that the couch had structural support along the bottom to support how we mounted the couch.”