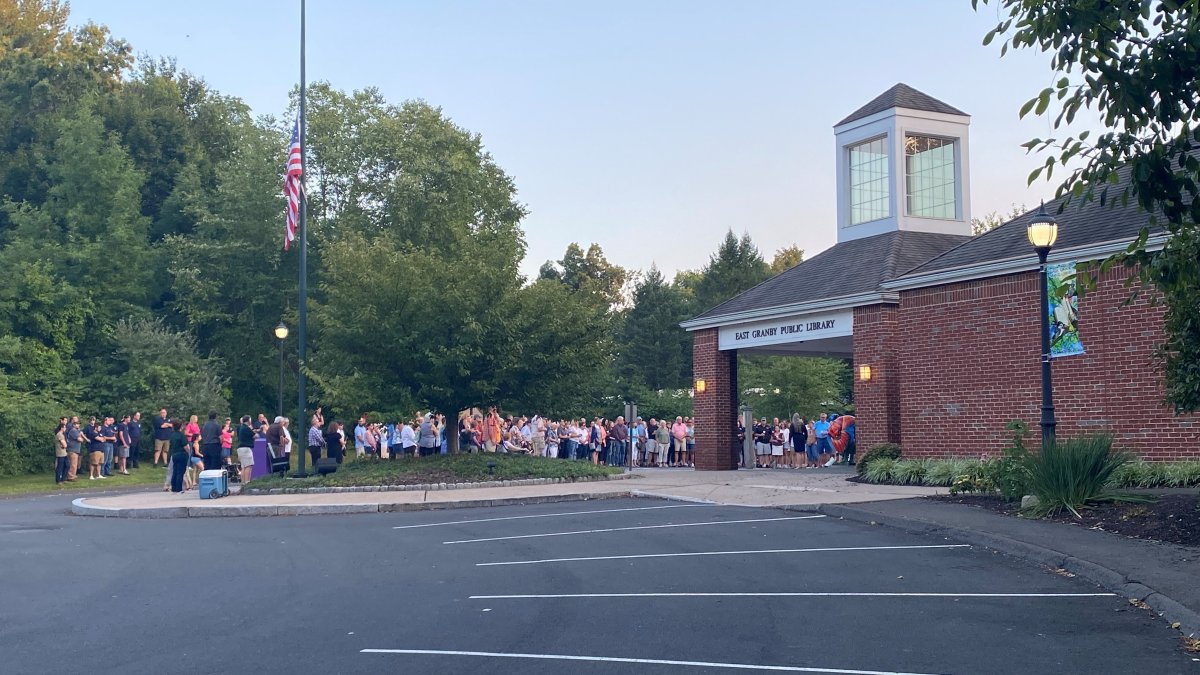 Amid shock and carrying heavy hearts, people traveled to the East Granby Public Library for a vigil on Monday.

It follows the death of a couple on Sunday.

Authorities say the husband was a police officer in Avon and the wife was the director of the library in East Granby.

“To find out this happened to her was a real blow. She was a sweet, kind, lovely person,” said Joan Wright, of East Granby.

Many can’t believe the 48-year-old was shot and killed on Sunday, according to State Police.

She died of multiple gunshot wounds, according to the medical examiner.

Wright was among the dozens who attended the vigil.

“To honor a woman who was taken before her time who did not need to be,” said Wright.

Avon Police report that her husband – Thomas Jacius – was also found dead at their home on Wynding Hills Road.

The Office of the Chief Medical Examiner says the 49-year-old died by suicide.

“When you have something like this happen you don’t expect it. It’s such a shock,” said Rep. Tami Zawistowski, R – East Granby.

We’re told Doreen Jacius was the library’s director and she loved working with people.

“I got to talking to her one day and everybody else and we got to be good friends and all that,” said John Nissopoulos, of East Granby.

Those stopping at the library earlier in the day found out the horrible news.

“I don’t understand it. But we will cope with it the best we can,” said Nissopoulos.

Avon Police say Thomas Jacius was a sergeant on their force, had served nearly 24 years, and was off duty when the shooting happened.

In a statement they wrote in part:

“The Avon Police Department is deeply saddened by the events that have transpired and our condolences go out to the families, our friends and the community.”

All Avon Police have been offered support of an employee assistance program.

Following Doreen’s death, the library is closed until at least Wednesday.

“Doreen loved East Granby. She lived here all her life. She loved her job at the library. She loved the people she worked with. She was just a pleasure to be with,” said Zawistowski.

State Police say this is an active investigation and there is no threat to the public.