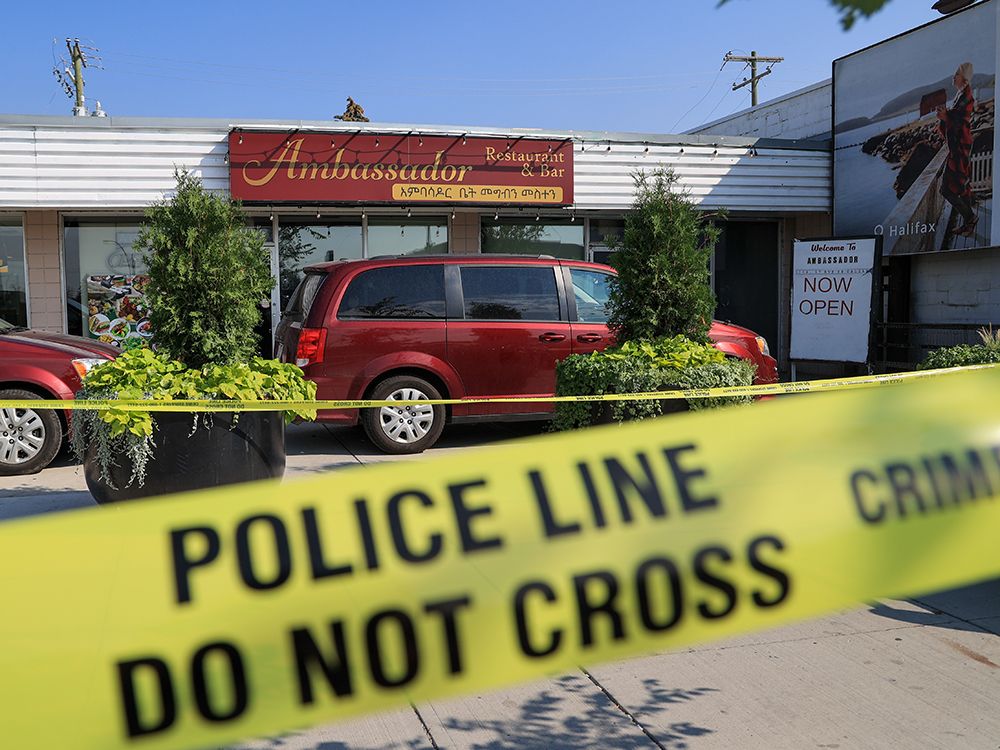 The victim of one of several recent shootings in Calgary has been identified by city police as a 35-year-old man, who is being remembered as a beloved husband and father.

Emergency responders found Temesgen Tesfatsion suffering from gunshot wounds at the Ambassador Restaurant and Bar in the community of Radisson Heights on Sunday and began life-saving measures. Calgary police had been called to the restaurant, located at 3504 17 Ave. S.E., at about 4:40 a.m. for reports of gunshots.

Despite the efforts of emergency responders at the scene, Tesfatsion succumbed to his injuries there.

An autopsy by the Office of the Chief Medical Examiner on Tuesday identified 35-year-old Tesfatsion, who is a Calgary resident.

A GoFundMe page meant to help his wife and young children with funeral expenses says Tesfatsion had plans to travel to Ethiopia in November to celebrate his youngest son’s first birthday.

According to the page, his wife and children were still in the process of coming to Canada before “his life was taken away brutally.”

“Temesgen was a kind, humble, sociable and family-oriented man with a lot of ambitions,” says the page.

The GoFundMe had surpassed $10,000 by Wednesday evening.

Postmedia reached out to the organizer of the GoFundMe page but they did not respond by press time Wednesday.

Staff Sgt. Sean Gregson with CPS’ homicide unit said in a news release that investigators are in the process of reviewing CCTV footage and interviewing witnesses who were present that night or who are associated with the restaurant.

“We believe this was a targeted attack within the restaurant, and are exploring the motive behind the shooting and whether the target was the victim or one of his associates,” said Gregson.

A suspect is described by police as approximately 30 years old, 6 feet 2 inches tall, with a medium build and short black hair.

Anyone with information about the incident is asked to call police on their non-emergency line at 403-266-1234 or submit tips anonymously through Crime Stoppers at 1-800-222-8477 or calgarycrimestoppers.org.

The shooting at the southeast restaurant is one of at least five shootings in Calgary since Aug. 15, including two that were fatal.

Calgary police have confirmed a shooting in Radisson Heights on Tuesday night was likely linked to organized crime.

Police were called to a strip mall around 6:15 p.m. for reports of a shooting in the 2900 block of Radcliffe Drive S.E. When officers arrived, all suspects had fled the scene but about 25 bullet casings were found on the ground.

They have confirmed the victim is known to police, and this is why they now suspect the shooting had ties to organized crime.