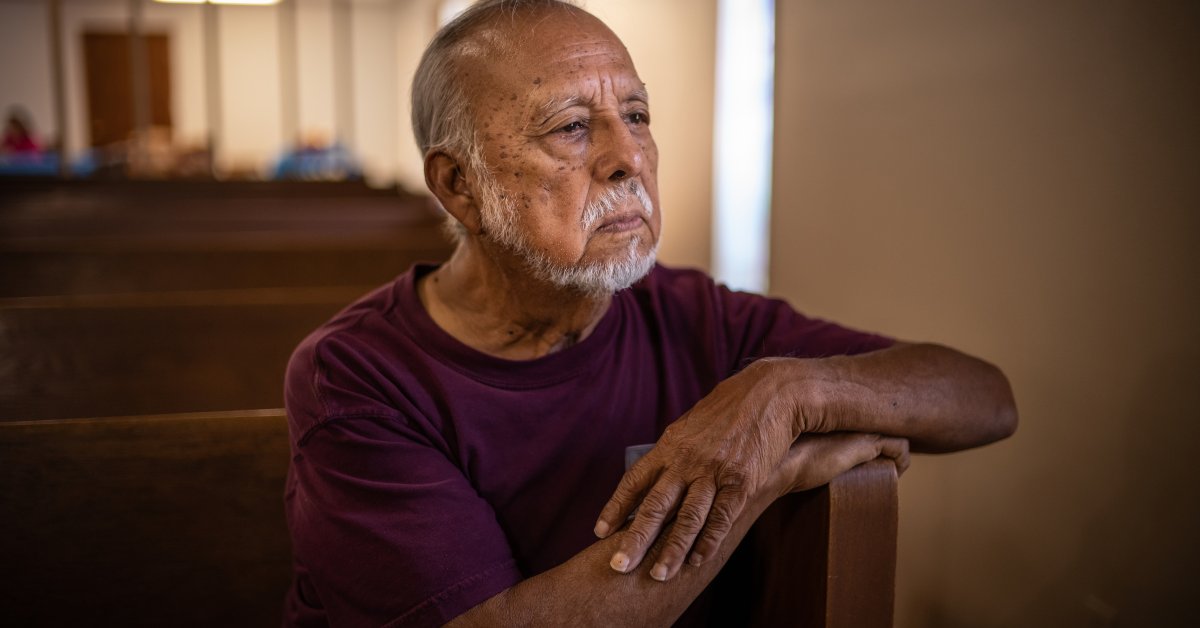 Julian Moreno was in his front yard watering his plants when he heard rapid, loud booms on the morning of May 24. At first, he thought it was noise from nearby construction. But people began screaming and running toward Robb Elementary School, a block away from his home. He immediately dropped his hose and made his way toward the gunshots as quickly as his 82-year-old body could take him.

“I knew Lexi was in there,” he tells TIME, his voice breaking and his face quivering. “It was like a punch in the gut.”

By that evening, Moreno had confirmation that his 10-year-old great-granddaughter, Alexandria “Lexi” Aniyah Rubio, died in the mass shooting that took the lives of 18 other children and two teachers in Uvalde, Texas. The little girl who he used to pick up from school each day, who he’d watch play baseball, and who dreamed of being a lawyer, was gone.

“There is an emptiness,” Moreno says, putting a hand toward his chest. “Heartache. Trying to process why or how it happened.”

Lexi had ambitions. The fourth grader dreamed of someday attending St. Mary’s University in San Antonio, Moreno says. If she could visit one place in the world, it would be Australia to “see a kangaroo and a bunch of fun stuff,” Lexi wrote in her journal, which her mother, Kimberly Rubio, shared on Facebook. “And I can try new foods that are not in Uvalde.” Her favorite food so far was pasta Alfredo. She loved to read and hated missing school. She was a bit of a tomboy who loved baseball and fishing. She was a proud 4th generation Texan, and was close to her tight-knit Mexican-American family.

Moreno used to pick Lexi up from Robb Elementary School every day, and he and his wife would take care of her and her five siblings until her parents—a journalist and a sheriff deputy—got done with work. Moreno remembers those days fondly. “That was my full-time, non-paying job,” he says with a smile. “One that I enjoyed completely.”

Lexi Rubio and her mother Kimberly.

Lexi sounded younger than her 10 years, her great-grandfather says, and she could be somewhat shy and quiet until she got to know you. But she insisted on putting herself near the center of the action, and was excelling in school.

Both of Lexi’s parents were at Robb Elementary School on Tuesday to watch her receive an honor roll award. They celebrated her achievements together, and then her parents left the school and Lexi returned to her classroom. It was the last time they’d be together.

Read more:These Are the Victims of the Uvalde, Texas, School Shooting

“My sweet Lexi. Love of my life. Keeper of my soul. I carried you inside me. I’m you. You are me. I want to be with you,” Kimberly wrote in a Facebook post on Thursday. “Now. Not later.”

‘I have to be strong for them’

Moreno was a pastor at the Primera Iglecia Bautista (First Baptist Church) in Uvalde for 50 years, before retiring in 2021. Now, when he and his wife aren’t helping their grieving granddaughter Kimberly, he spends his time preparing the sermon he’ll deliver at Lexi’s funeral.

He tries hard not to cry in front of people, especially his family. Not for old-fashioned machismo’s sake, he says, but to try to be a stable and helpful presence. His wife, Lexi’s great-grandmother, is the same. “We have moments that we collapse, of course,” he says. “But when I’m dealing with people and their pain, I have to be strong for them, because if I break down with them, I don’t accomplish a whole lot.”

Read more: ‘It’s Too Late for Prayer.’ Uvalde’s Faith Leaders Are Called Upon to Help a Community Face the Unimaginable

On Saturday afternoon, Moreno sits in the front pew of his church, a modest building just three minutes’ drive from Robb Elementary School, while people work in the background to prepare free lunches for the community. Here, he seeks lessons from his faith. “Every fiber of my human emotions, in my mind, cries out to hate. To be angry,” he says, looking at the podium in front of him. “But then I remember that I have preached a number of times the words of Jesus. He said that we must learn to love our enemies… This experience has taught me to live those words.”

His decades as a pastor have also positioned him to listen and support his granddaughter and her husband, who he says are suffering immensely. He believes they too will learn from this agony, so that someday they may guide others through life’s darkest moments.

“I tell them that one of these days in the future, you may be having a friend or a couple come to you after having lost a loved one,” Moreno says. “And you’re going to be able to share, not something you read in a book, not something that you got from a counseling course. You’re going to be sharing your pain, and how you survived.”

Write to Jasmine Aguilera at jasmine.aguilera@time.com.