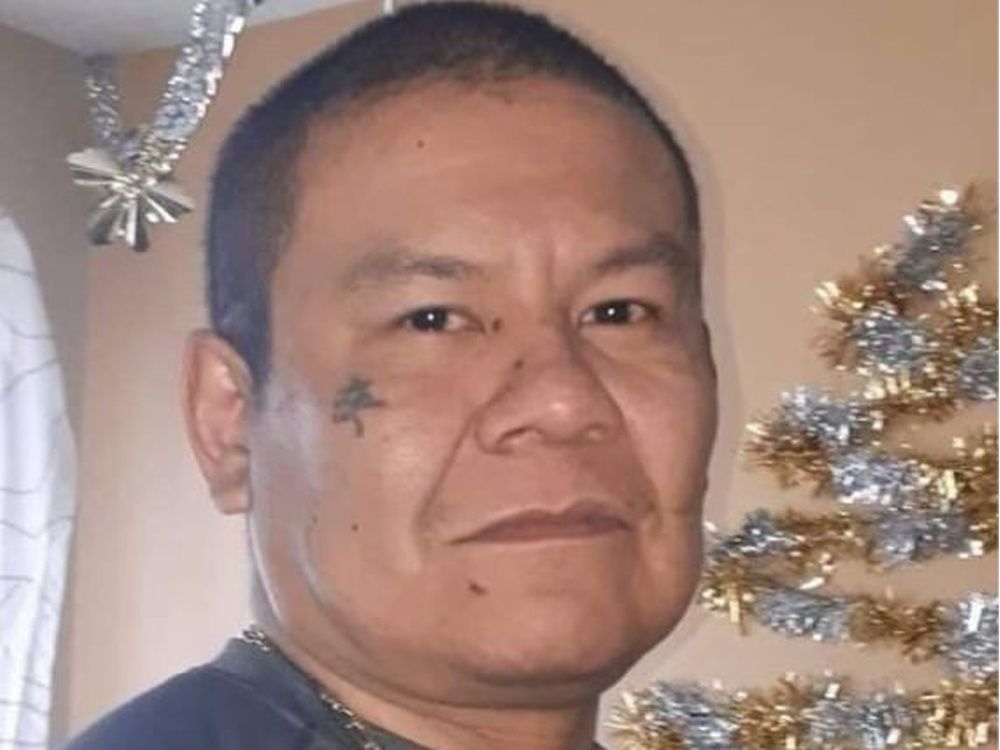 The man who died after he was shot with a bean bag gun by Vancouver police was unarmed and pleading for help after a bear mace attack, said family members.

He was identified by relatives as Chris Amyotte, 42, a Winnipeg resident.

Samantha Wilson, a cousin, said Amyotte was in Vancouver to visit his two children and extended family. But the visit took a deadly turn just before 8 a.m. Monday when police responded to an incident in the Downtown Eastside involving a man seen “acting erratically” near Hastings Street and Dunlevy Avenue.

“We haven’t gotten any answers yet, which is why we have so many questions,” said Wilson. “I want to understand the logic behind the split-second decision to fire the six rounds of bean bags rather than de-escalate the situation.”

Wilson said she was able to piece the events that unfolded Monday based on eyewitness accounts, including a cousin.

She was told that Amyotte got caught up in a bear mace spray that wasn’t meant for him. The attack occurred inside a building, and Amyotte came out into the street frantic, in pain and looking for help.

“Some of the witnesses said he first tried to douse himself with water. They said he took his clothes off, and you can smell the bear mace in the air,” she recounted. “He was continuously asking for help, asking someone to call 911, saying he needed help.”

“They said he was begging for help, he wanted help. He was in obvious distress.”

Then, six police cruisers showed up at the scene, said Wilson.

“We know he was non-compliant when they told him to get on the ground. He said ‘I can’t. I need help.’”

Wilson said witnesses told family that Amyotte took two bean bag shots to the chest and four, consecutively, in the back.

He fell to the ground and went into cardiac arrest. Paramedics were unable to revive him. He died outside on the sidewalk.

Amyotte was a member of the Rolling River Ojibwa First Nation in Manitoba. He leaves behind seven children and a grandchild. His partner Amanda and other relatives are on their way to Vancouver to bring his body home, Wilson said.

Amyotte was outgoing and devoted to his children and family. “Chris was the jokester of the family, the cousin with no filter who came to every family dinner and bugged everyone,” she said.

Vancouver police have said little about the incident, which is now under investigation by the Independent Investigations Office, B.C.’s civilian-led police oversight agency.

“Following an interaction with police, the man was taken into custody. He then went into medical distress and lost consciousness,” it said. “Despite life-saving attempts, the man died at the scene.”

On Wednesday, he acknowledged there are many unknowns in the case and referred inquiries to the IIO, which has launched an investigation to determine what role, if any, police actions or inactions played in the man’s death. “There’s a lot of questions and we fully expect as their investigation progresses they can provide additional updates,” he said.

Always tragic for everyone when somone dies, including officers involved. Not sure commenting before knowing all the facts helps. Agreed, we should have another service attend, but until then who? Meanwhile, we’ll continue to attend calls 24/7 & deal with challenging situations. https://t.co/czOOFW2Pg7

An IIO spokeswoman said the agency has no updates at this time.

Wilson said Amyotte’s family is devastated and wants answers. “Our family is traumatized,” she said. “It’s a very hard thing to have to imagine somebody you loved die asking for help and when help arrived, they took his life.”

Anyone with information about the incident is asked to contact the IIO witness toll-free line at 1-855-446-8477 or online at the IIO website.