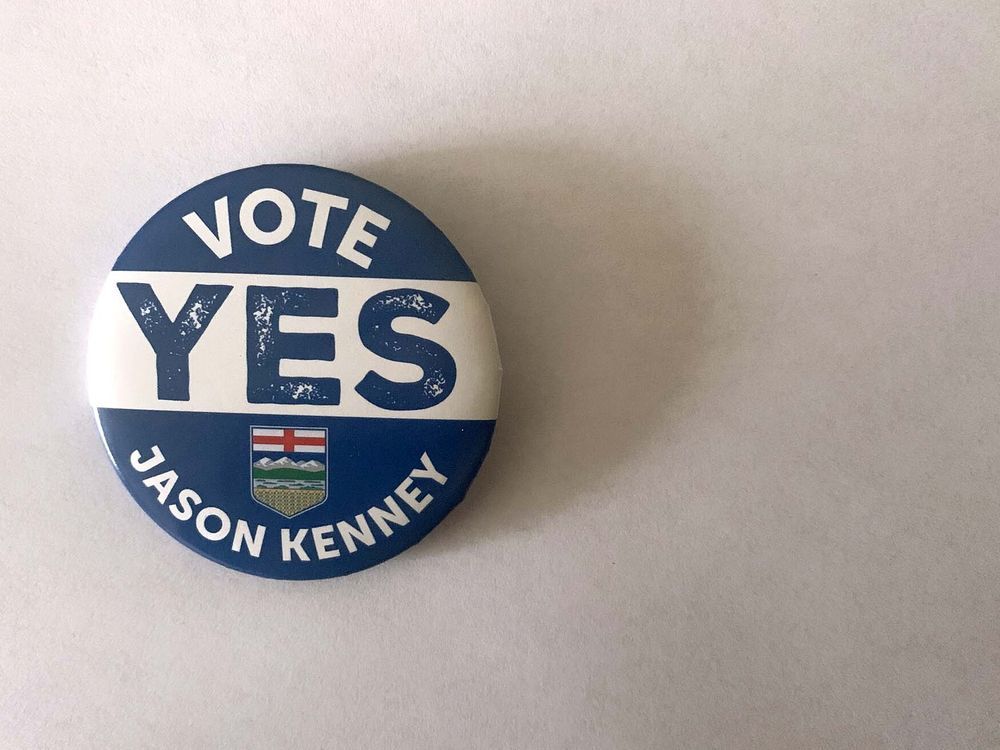 The United Conservative Party will no longer accept cash as a form of payment for memberships starting next week as the party begins preparing for a leadership election.

Starting June 1 at 5 p.m., only personal credit card, personal cheque or money order will be accepted for new memberships. In a press release, the UCP called the change “another important step to secure the integrity of the UCP voting process.”

In addition, the UCP has appointed 12 people to sit on an election committee that will set the rules for selecting a new party leader, including timelines, entrance requirements and the voting method.

Postmedia reached out to the UCP on Saturday for additional comment on the matters discussed in the press release, which was sent out Friday evening, but did not receive a response.

Duane Bratt, political science professor at Mount Royal University, said the UCP may be trying to rebuild trust among members with the formation of the election committee. It could be successful, if Premier Jason Kenney isn’t associated with it, he explained.

“The perception was always that the party executive was in the pocket of the premier. If there is a whiff that somehow he is influencing or putting a thumb on the scale … that’s going to be a problem again,” he said. “It’s an opportunity to rebuild trust. Let’s see if they take advantage of that.”

Still, Bratt questioned whether no longer accepting cash payments for membership purchases will go far enough to assuage distrust of the election system.

“I don’t know how that increases security. Except it might create a better paper trail if you’re not accepting cash. But the issue with the UCP leadership was the bulk memberships (purchased) with credit cards.”

Elections Alberta is investigating allegations of such bulk UCP membership purchases. The CBC reported an aide to MLA Brian Jean alleged there are about 4,000 new memberships purchased by six credit cards.

The party announced on May 18 Kenney secured 51.4 per cent of votes in a leadership review. He revealed the same day his intent to resign as party leader. Despite this, the UCP said it will keep Kenney on as leader until a successor is chosen.

“They don’t specify necessarily how they’re going to put more security in, except for banning cash payments,” Bratt said.

“It’s very much been inside baseball. Those that know, know why they’re doing this, but they don’t want to be blunt and say that, especially given the person is still in the premier’s office.”

Cypress-Medicine Hat MLA Drew Barnes said the election committee and changes in membership purchases is “too little, too late.” Barnes was expelled from the UCP caucus after he called for Kenney’s resignation last year.

“Albertans are telling me everywhere that they don’t trust Jason Kenney. They don’t trust the system to be not biased, and fair to all Albertans,” Barnes said. “I think most Albertans will suspect that their goal is to manipulate the system.”

Barnes said the first step in rebuilding trust should be allowing members to choose an interim leader to replace Kenney. He said his constituents aren’t happy with the UCP government for not helping to cope with rising inflation, and want someone new at the helm.