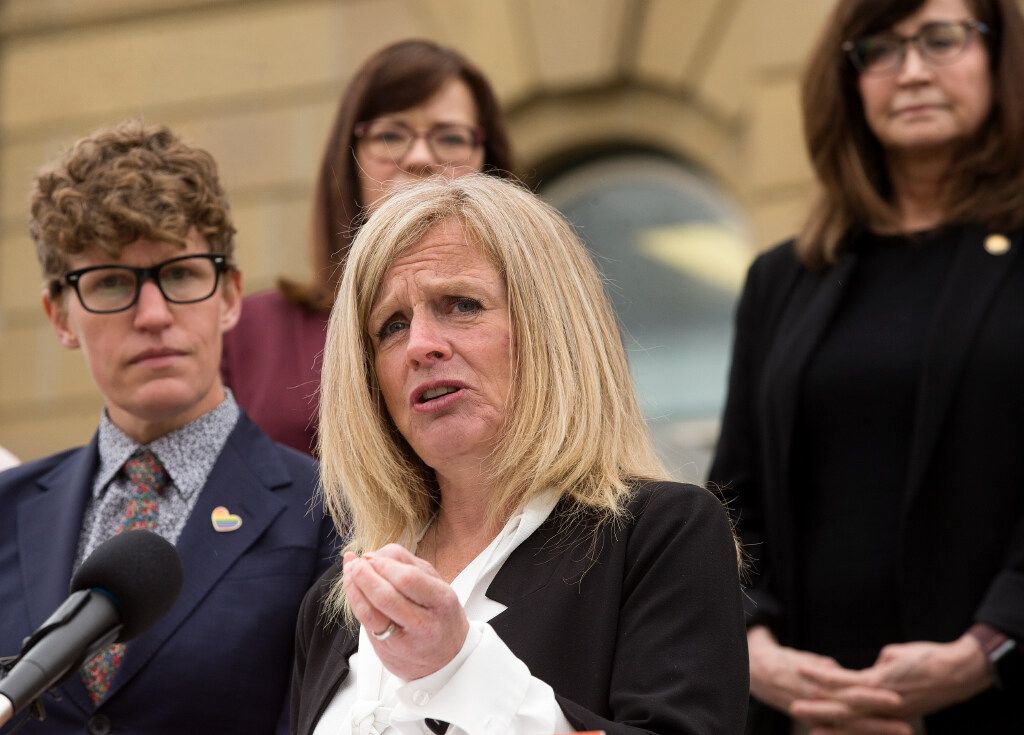 While Opposition Leader Rachel Notley joined some political leaders across the country in expressing serious concerns over the potential political sea change and affirming their support of an individual’s right to choose, the UCP government’s response was more muted.

Notley called on Kenney to condemn what she called an “attack” on reproductive rights and commit to protecting existing access to abortion services in the province, but the premier said the legal issue falls under federal jurisdiction and there are no proposed changes to Alberta’s policy.

“The leader of the Opposition is asking about a potential decision in a foreign court in another country. That is for the American legal and political system,” said Kenney.

“(Notley) is trying to create controversy in Alberta where there is none,” said Kenney.

In Canada, abortion is decriminalized and publicly-funded, but access to services is left up to provinces and varies widely, with those living outside big cities facing added barriers. Three clinics offer abortion procedures in Alberta, including one in Edmonton and two in Calgary, Alberta Health Services confirmed.

When speaking with reporters in the legislature Tuesday, Status of Women Associate Minister Whitney Issik and Health Minister Jason Copping echoed the Premier’s comments, but neither made any specific commitments to increasing access to abortion services.

“I understand that we live next door to the United States, but in this country, our courts govern Canadian law,” said Issik, acknowledging it is more difficult for those in rural and remote communities to travel to cities to access services.

“But the access to these services for women is available in this province widely,” she said.

Issik rebuked a proposed NDP motion and emergency debate on the issue.

Standing outside the legislature Tuesday reacting to the news south of the border, Notley said it is a “dark, dark day” and a reminder that too many people face barriers accessing abortion services.

“As reproductive freedoms are being eroded in the United States, Canadian politicians at all levels of government must declare their unwavering support for a woman’s right to choose,” said Notley.

In Ottawa, Liberal and Bloc Quebecois MPs tried in vain to see the House of Commons pass a unanimous motion to confirm the right. Federal Conservative MPs were told not to comment on the draft decision, with interim leader Candice Bergen explaining it would be inappropriate to weigh in on a matter before the U.S. court.

NDP Opposition critic for women and LGBTQ2S+ issues Janis Irwin said if Roe v. Wade is overturned, it could embolden activists who want to see a similar rollback in Canada.

“For one of the world’s largest democracies to roll back women’s rights by two generations would have ripple effects,” said Irwin.

Kenney has opposed abortion, but has said his party won’t debate the issue or introduce changes in the legislature. In 2018, when the ruling NDP government passed a law creating protest-free bubble zones around abortion clinics, most UCP MLAs, including Kenney, refused to vote on the bill.

Meanwhile, a UCP government bill that would guarantee unpaid bereavement leave from work after pregnancy loss could see changes.

The NDP has argued that by not explicitly including abortion or termination for medical reasons, the bill could lead to discrimination by employers and litigation.

The government has said there’s nothing excluding those who have had an abortion, but when asked by Irwin in question period about the omission Tuesday, Labour and Immigration Minister Kaycee Madu said there will be an amendment to the bill.

— With files from Catherine Lévesque