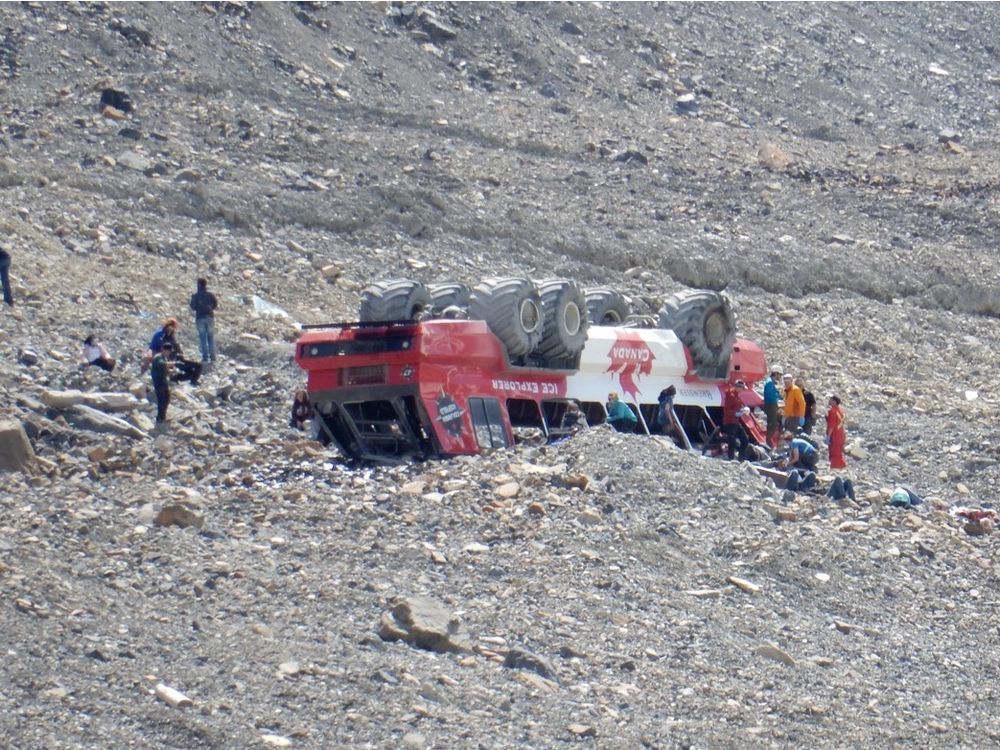 Parks Canada was aware the Athabasca Glacier posed a “serious” safety risk to tourists, including those injured in a deadly Columbia Icefields crash two years ago, two lawsuits claim.

Statements of claim filed by two Vancouver-area men injured in the accident seek close to $800,000 in general damages plus unspecified punitive awards for the two plaintiffs.

“The (plaintiffs state) that the defendants demonstrated a wanton and reprehensible disregard for the health and safety of the (plaintiffs) and the public in general, including in view of prior knowledge that the subject roadway posed a clear and obvious hazard,” the nearly identical separate claims state.

Along with Parks Canada, the lawsuits name Nordegg Adventures Corp., formerly known as Pursuit Adventure and Travel Inc., as defendants.

“For many years and including at the time of the subject collisions, one or more of the Corporate Pursuit Defendants owned and operated a fleet of Ice Explorer Tour Buses including the tour bus driving tourists up to the glacier,” it says.

“On July 18, 2020, the (plaintiffs were) onboard the tour bus to tour and explore the Athabasca Glacier and Columbia Icefields in the Jasper National Park when the driver lost control of the tour bus on the roadway, which then rolled down a moraine embankment before coming to a rest on its roof, causing the (plaintiffs) to sustain serious, grievous, permanent and catastrophic personal injuries.”

The two claims say Matthew Jarvie, of Delta, B.C., and Andre Grootendorst, of Richmond, B.C., both were seriously injured in the crash.

In May, authorities filed eight charges against Brewsters Inc. under the provincial Occupational Health and Safety Act related to the use and maintenance of seatbelts, failing to control hazards and failing to ensure equipment was in safe operating condition in connection with the crash.

Three people were killed in the rollover of the vehicle, which had 25 passengers on board.

The lawsuits, which seek general damages of $392,000 each for Jarvie and Grootendorst, said the federal body overseeing the park should have been aware of the dangers posed.

“Parks Canada knew or ought to have known based on opinions it received from experts or otherwise in the years preceding the subject collision that there were clear and serious safety hazards present for members of the public traveling to the Athabasca Glacier by bus given the (growing) instability and increasing steepness of the roadway,” state the claims, copies of which were obtained Thursday by Postmedia.

It says the federal body was negligent in part for “failing to take reasonable steps to ensure that the premises were safe for members of the public and particularly the (plaintiffs), when it was or ought reasonably to have been known that the public would be transported by bus on the Columbia Icefields and where Parks Canada profited from same.”

Statements of defence disputing the unproven allegations in the two claims have not been filed.