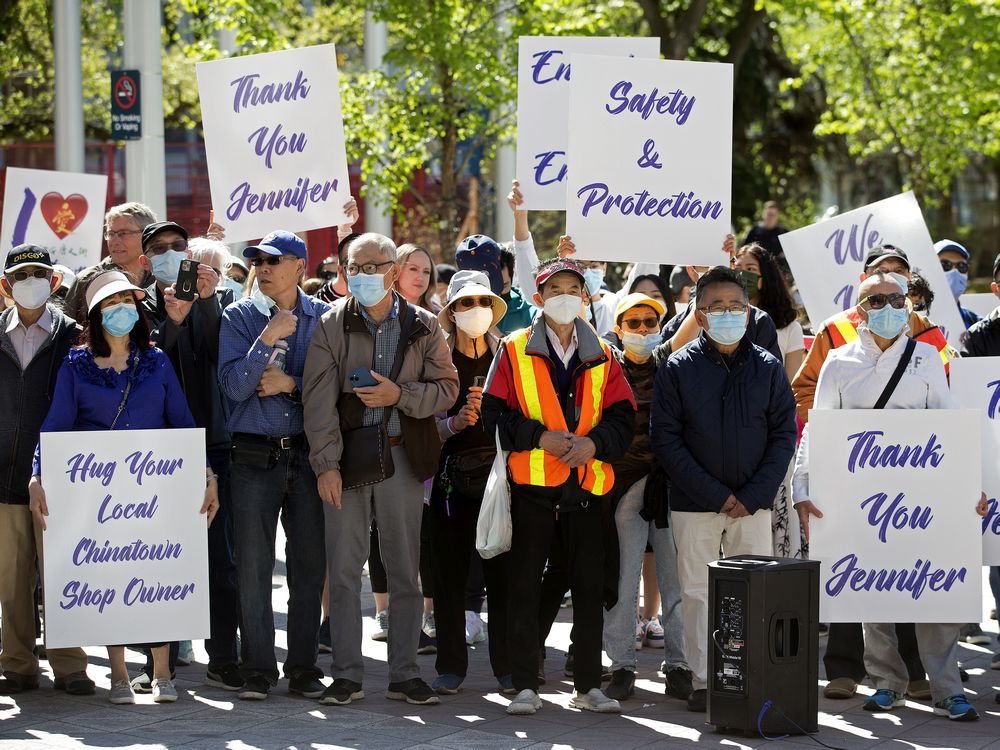 Re. “Mr. Shandro, put down the stick and work with the city on crime,” Keith Gerein, May 28

Mr. Gerein seems to be taking Edmonton city council’s side in this issue and blaming the province for not providing enough funding to Edmonton. This has never been a matter of Edmonton not having enough money, but rather of how it spends that money.

Numerous councils have never hesitated to flush hundreds of millions of dollars down the toilet on every so-called, “green” project like failed composter facilities or the Blatchford development, or LRT expansions, but when it comes to more mundane things like plowing the snow or keeping citizens from being murdered, well, those things don’t generate glossy photo opportunities so there’s little interest in them.

Responding to Shandro? Really? Another reactive political bleat from a UCP member, an expert on shortcomings. Someone who had no credibility in his former portfolio, now in a portfolio he’s even less qualified for. But he does manage to almost look important standing at the podium and issuing deadlines. If he were actually concerned with the issue he could have requested the information from the city. But of course, no photo op or drama in that.

Plaudits to Keith Gerein for a superb investigative commentary on provincial Justice Minister Shandro’s unwillingness to collaborate with Mayor Sohi, relevant city officials, police, and the press, in the wake of murders and hate crimes in the downtown core and transit. Gerein compares the United Conservative Party’s invoking the draconian Police Act, instead of providing funds to Edmonton to tackle its many urgent problems, with the U.S. Republican Party’s stonewalling against progressive legislation.

In short, Shandro and the UCP are playing politics with the lives of Edmontonians, in the same manner the Republicans are doing to Americans and others in the U.S.

For the average citizen who doesn’t own guns, has never held or discharged a firearm, or taken a firearms class, the easy answer to mass shootings may seem like banning all guns. Politicians can make hay with these occurrences by responding in kind.

Overwhelmingly, gun crime is committed with prohibited assault rifles and unregistered, illegal handguns, serial numbers ground off, purchased illegally, and carried by criminals who do not obey the law, or by the mentally ill, who should not own or possess any form of weapon.

Targeting “soft-target” legal gun owners who play by the rules may score points among the uninformed, traumatized public, but does nothing to address criminal gun possession and use. When all registered and legal guns are seized and destroyed, only the police, military and criminals will have them. The key lies in the aggressive detection and destruction of all criminal firearm smuggling rings, and the illegal carriage of concealed firearms in public places.

I speak as a former law enforcer, trained as a hunter-education and shotgun-rifle instructor, always focused on compliance and safety.

Mr. Mayor and council, if it is truly your position that nothing can be done unless and until the province provides more funding, then we have the wrong people heading our city. There are urgent and long-term issues that need your attention. Stop the whining; prepare a plan and get to it. Now, not in 2030.

Edmonton Public Schools received a budget increase of 10.8 million dollars and it’s not enough? Maybe the teachers should take a pay cut. Cue the howls. It would be interesting to have a look at the total amount of money spent on teachers’ salaries.

Tax breaks instead of gun buy-backs

Once again the Liberals dip into our pockets, increasing the deficit. Instead of buying back the firearms, why not just simply give the owners, with a receipt to prove it was legally purchased, a tax receipt for 100 per cent of value. In any other instance, possession should be mandatory five years, no parole, and the vehicle, building or property it was seized on, forfeit to the Crown.

If you happen to “find” one, then make a safe, prior arrangement to have the police take custody of it. Just a little common sense, please.

Pierre Poilievre’s promise to fire the governor of the Bank of Canada makes me shiver. Another occasion when a far fiscal right politician made that kind of move was when president Reagan appointed the libertarian and Ayn Rand acolyte, Alan Greenspan, to the position of chairman of the Federal Reserve.

This appointment, together with massive deregulation, rendered the government the servant rather than regulator of the markets and banking systems. Done in the interests of “freedom,” of course. However, the result was that the sharks took control of the markets and banks leading to both the dot-com crisis and a global financial meltdown. When the bubbles burst, governments had to rush in to save the system. In this age, it is naïve to think that there will not be government involvement in the “free” market, but let it be as watchdog rather than backstop and bailout agent of the “too-big-to-fail” commercial interests.

We now have one more reason to love our river valley. The trail from Government House Park to the funicular is part of the Commonwealth Walkway commemorating Queen Elizabeth’s Platinum Jubilee. There are 30 bronze medallions bearing Queen Elizabeth’s monogram and crown as well as an interactive website with 100 Edmonton stories.

Next weekend marks the Queen’s official celebrations. Plan to visit the Commonwealth Walkway and salute a remarkable 70 years of service.

Mountain biking can be an eco-friendly activity

Re. “Conservationists need to speak up for river valley preservation,” Opinion, May 28

Geoffrey Pounder’s opinion opposing mountain bikes in the river valley is the bellwether for the national park project I’ve awaited.

The river valley was a denuded industrial landscape in the early 20th century, its current state largely a happenstance outcome attesting the resilience of boreal forest communities.

That this fortunate outcome precludes human enjoyment is a goal for the river valley I have never voted for. I spend many hours a week down there over virtually its entire city span. I encounter mountain and other bikers regularly, without irritation or concern, and benefit from the maintenance and many improvements they contribute.

Current river valley users are an afterthought in this planning exercise. It appears to be captured by idealists who resent the presence of those who value, use and support it most. Mountain biking can absolutely be a biodiversity-friendly activity; let’s focus on the innovation and education to make it so in Edmonton.

At the recent National Rifle Association (NRA) meeting, guns were banned. This restriction was requested by the Secret Service agents protecting Mr. Trump. The acceptance of this request suggests NRA agreement that the gun ban would enhance the safety of Mr. Trump.

Does it not follow that a general gun ban would enhance the safety of everyone? This is a double standard valuing some lives more than others.

We want to commend your placing of Tristin Hopper’s well-written article, “Ranking the French of the leadership candidates,” on the same page as the Edmonton Journal obituaries.

Hopper aptly “ranks” Aitchison’s, Poilievre’s, Baber’s, Brown’s, Lewis’s, and Charest’s mastery of the French language, as show-cased during the French-language Conservative candidates debate, in Laval, Que., May 25th. You ironically put it right where it belongs. How appropriate, right on the same page as the obituaries. Well done.