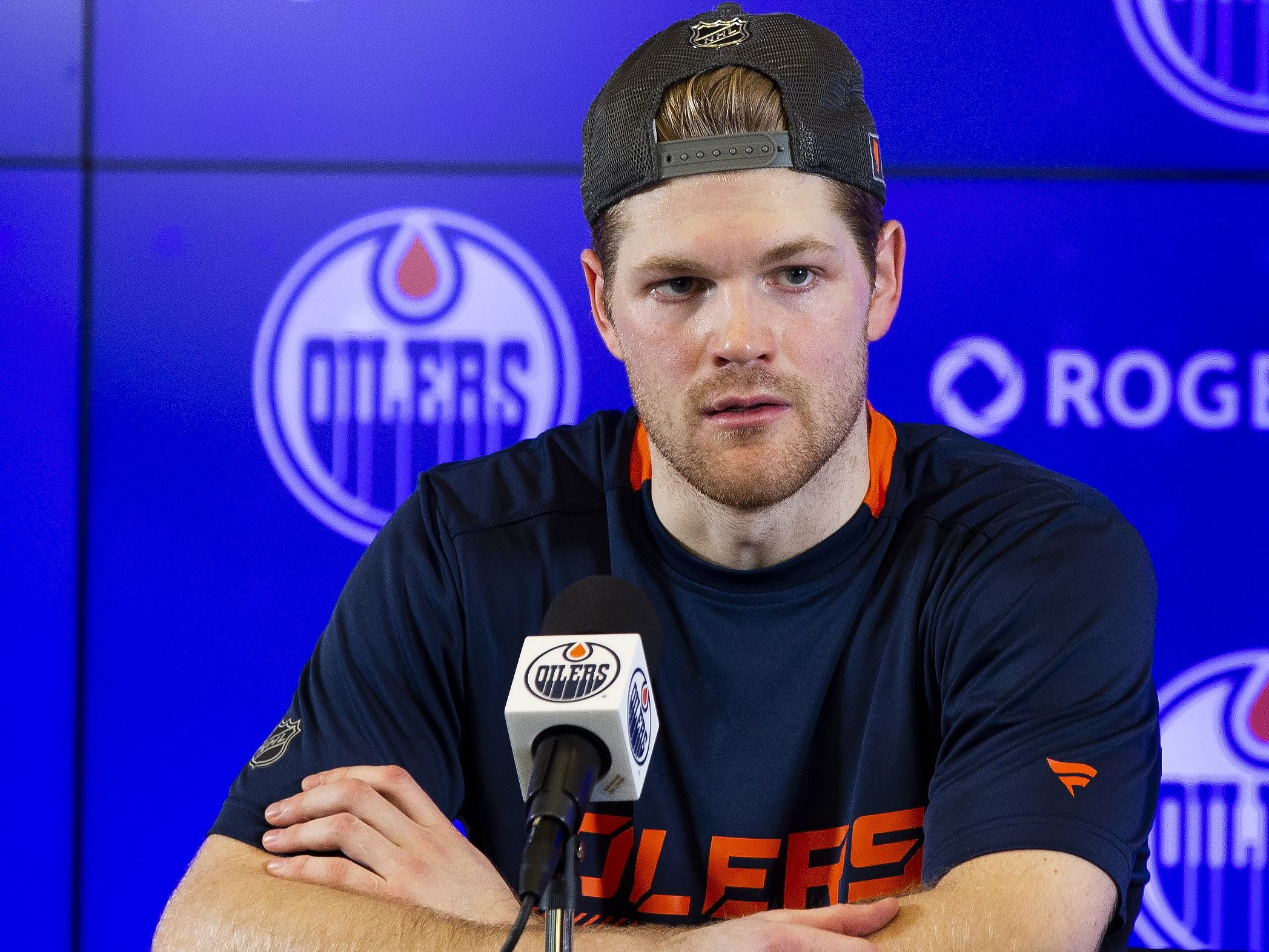 My top dark horse candidates to be stretch drive and playoff heroes for the Edmonton Oilers?

I’ll pick six of them, one player for each position, players who aren’t expected to necessarily come up big in the biggest games but have a decent shot at doing so.

This, of course, eliminates players like Connor McDavid, Leon Draisaitl and Darnell Nurse, the core players of the team, as well as Ryan Nugent-Hopkins, Zach Hyman, Tyson Barrie, and Evander Kane, all veterans in prominent roles of whom much is expected.

But pretty much every other Oilers player is in the running, from greybeards like Duncan Keith and Derek Ryan to youngsters like Ryan McLeod and Jesse Puljujarvi.

This is the longest shot because Malone might not even be with the Oilers in the playoffs. If the Bakersfield Condors want him for their own playoffs, that’s where he’ll be. But Malone is a big, aggressive, smart and defensively capable centre, one who can kill penalties, hit and cover off the defensive slot. In a fourth line role, I’d pick him for ice time over players like Derick Brassard, Josh Archibald and, depending on how he plays down the stretch, even Ryan McLeod.

Foegele is actually my top pick as a dark horse candidate. He’s big, fast and rugged, all traits that should help him come crunch time. He’s been a solid defensive winger for the Oilers this year, while creating plenty on the attack, often by taking the puck hard, harder and hardest to the net, barging in there as much as any Oilers attackers not named Connor McDavid and Zach Hyman. He’s been in on a lot of shots and a decent number of Grade A shots, but he’s had poor luck shooting, just 7.3% at even strength, which ranks 333rd for the NHL’s 456 regular forwards. But he’s averaged 7.5 shots per 60 even strength minutes, 168th overall. A lot of shots then but not much luck going in. If he goes on a hot shooting run, which is entirely possible given the decent number of Grade A shots he gets off, he could score some mighty important goals for the Oil.

I’m going with Puljujarvi for much the same reason I’m going with Foegele. He’s a big, fast winger, and he’s not afraid to mix it up in the corners and in front of the net. He’s also had a high rate of shots, 98th overall for NHL forwards, but a crap shooting percentage, 367th overall. Plenty of those shots are Grade A blasts, and as Oilers GM Ken Holland noted this past week, if a player is getting a high number of such chances, not to worry, some of them are going to start going in.

I’m going with the youngest and eldest Oilers d-men. Bouchard’s a smart player with a brilliant offensive game. If he can rev that game up down the stretch and into the playoffs, he can be involved in many a big goal in weeks to come. As for Keith, Holland talked earlier this season about the need for greybeards, veteran players who had won in the playoffs and could raise up the entire team in crunch time. When it comes to Keith, he’s been a strong attacker and marginal defender in a Top 4 role this year, but I’m bullish on his chances in coming weeks and (I hope) months. I believe he’ll be able to ramp up his game and provide steady play for the Oilers in trying moments. He’s that old wolf who will help the pack with tactics and attitude, knowing when to bite and when to back off himself on the ice.

I don’t have much sense of who will play better in the playoffs, Mikko Koskinen or Mike Smith, but I’ll go with Smith because he’s got that ‘X’ factor. He’s a charismatic team leader, someone the Oilers and the fans can rally around. And for the first time all year really, he’s displayed consistent glimpses of his excellent 2020-21 self in recent weeks. Almost all of us doubted him, but he’s showing us up, proving he can still have solid games. Can he crank it up for a stretch of solid playoff performances? I’m astonished to be saying this now, but, yes, just maybe he can.

Last night was one for the books, a game I’ll never forget! Watching the @edmontonoilers absolutely dominate in our sister city (Nashville) was an incredible experience, and the energy in the room was electric. I even got to meet some of the players afterwards! #YEG pic.twitter.com/oXoCgYRvvP

I’ll be astonished if the Oilers don’t go with the same line-up as they had against Nashville vs Vegas. Kris Russell had a super solid game, so difficult to take him out, and it seems to screw with the opposition’s flow if the Oilers go with three full lines, then spot McDavid or Draisaitl on the fourth line.

If you want to screw up our kids, blocking needed changes to math and reading curriculum will work

LEAVINS: Game grades in big win over Preds of Nashville

McCURDY: The Oilers need to re-set quickly after loss to Wild

STAPLES: One long sequence of pain in loss to Wild