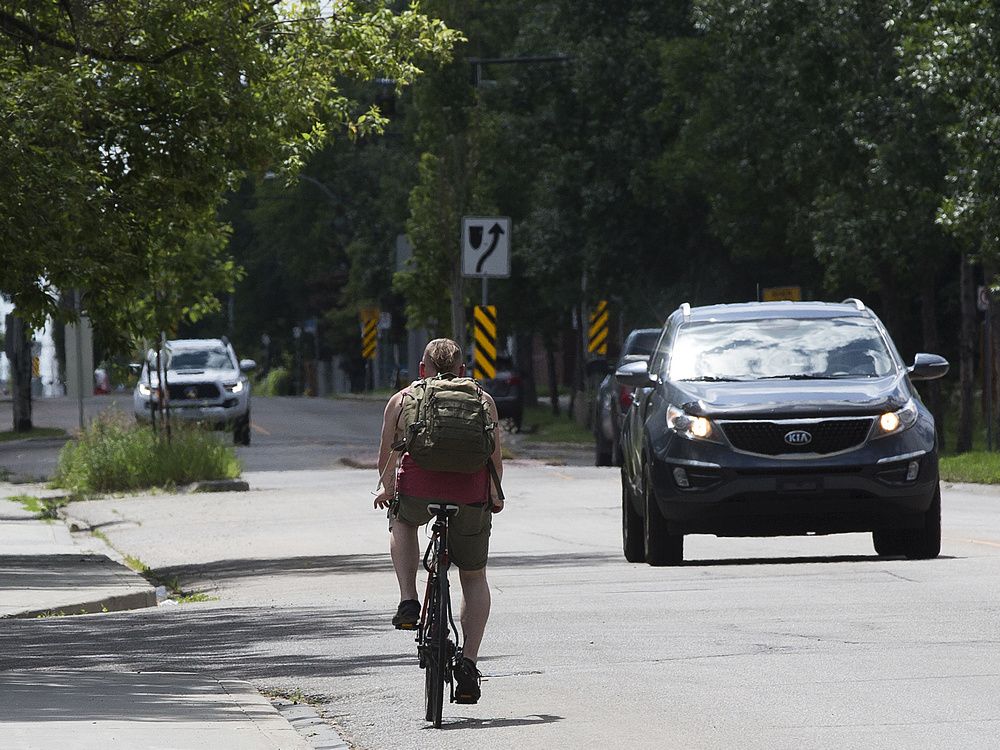 Re. “City urges drivers to give cyclists a little extra space,” July 20

Give them more room? They already abuse what they have. On downtown roadways, they never stop for red lights, ride on the sidewalks if it’s more convenient. Most do not wear helmets. On the 127 Street bike path, again, I don’t think they have ever seen a stop sign.

In Hawrelak Park, the speed limit is 20 kilometres per hour. Again, I guess, this does not belong to bike riders. Driving in the park or walking, bikers are easily in the 30 to 40 km/h range. If you address it with them, they have no issues telling you this does not apply to them.

Need more roadways? What about a fee to ride a bike? Preferred service: the 127 Street bike path from 107 Avenue to 118 Avenue is the cleanest in the city. Never, never is there any snow here. The bike path is cleared far before the 127 Street road. Just a thought

Time to ramp up renewable energy

Germany is in a jam because of its unfortunate dependency on Russian gas. Installing more LNG infrastructure for billions of dollars, however, is not only environmentally reckless, but also financially unwise. Consider that such installations, which take years to build and last for decades, will likely become stranded assets not long after becoming operational, given our climate emergency. We’re experiencing destructive heat and fires again and must reduce, not increase, fossil fuel use. The European Union’s thirst for gas will change by the time LNG plants become operational, and certainly decades before new ones pay off.

EU countries are avoiding long-term gas-supply contracts, responding to the climate crisis. Instead of new LNG plants, a better solution for both the EU and Canada would be to increase their spending on the development of renewable energy: solar-, wind- and geothermal-derived generation of electricity. So why squander new money after bad, and only enlarge reliance on fossil fuels that should urgently and globally be phased out?

In particular, Alberta is one of the best places in the world for solar and wind power. Let’s ramp up these renewables, the smart investment in energy, for the sake of our health, environment and pocket books.

A high priority to save hundreds of millions of taxpayer dollars in the future is to have the administration hire a consulting firm to find out why so much is spent on consulting fees annually. Maybe it is time for some early retirements and buyouts to find more knowledgeable, experienced and trained managers.

Mayor Sohi’s mandate to streamline permits and licensing for businesses, that has been an unfulfilled mandate of previous administrations, falls flat. One of the few mandates to have been executed without delays and problems has been the creation of bike lanes. Where are the priorities?