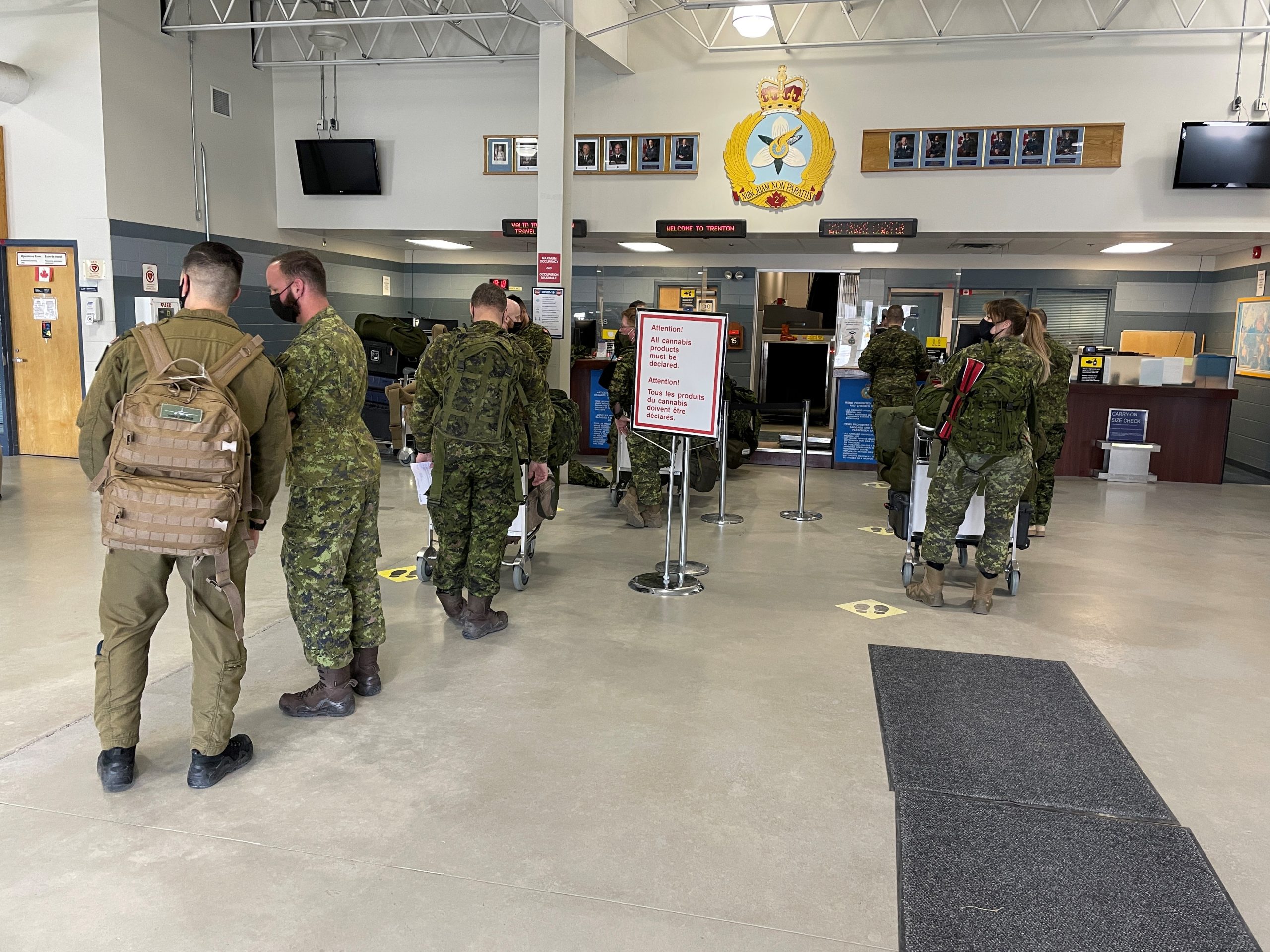 Dozens of Canadian soldiers boarded a plane to Poland Friday for what their commander said would be an intense but gratifying mission to help Ukrainians fleeing Russian aggression.

The roughly 80 soldiers who took off from Edmonton and another 20 from Trenton, Ont., will offer humanitarian assistance at reception centres throughout Poland, said Maj. Ryan Pridmore, a company commander with 3rd Battalion Princess Patricia’s Canadian Light Infantry.

They, along with a Canadian medical unit, are to support the Polish Territorial Defence Force on a two-month mission.

“Our soldiers are all exceedingly happy to be deploying,” he said. “This is what we trained for. This is why we do this job. Our soldiers are ready to get in there and start helping make a difference.”

Once boots are on the ground, Pridmore said, he expects the soldiers will be put straight to work.

“We have chaplains to provide spiritual guidance and as well as some mental health professionals when refugees arrive into the reception centres,” said Pridmore, who has previously served in Afghanistan and Kuwait.

Some of the other soldiers have a background in linguistics, he added.

He said Canada is prepared to send about 50 more soldiers to help with the care, co-ordination and resettlement of Ukrainian refugees in Poland.

“We do have a team in place over there who’s setting the stage so we’re not rolling in blind but it’ll definitely be a pretty quick start to business once we get on the ground.”

On Thursday, Deputy Prime Minister Chrystia Freeland said in Calgary it’s appropriate to declare Russia’s occupation a genocide – as U.S. President Joe Biden and Prime Minister Justin Trudeau have said – since thousands of Ukrainians have been killed and brutalized.

Freeland pointed to a “chilling document” on a Russian website published 10 days ago “that effectively laid out a plan for genocide in Ukraine, that called for the suffering, the punishment of people who chose, in the view of this document, wrongly and mistakenly to describe themselves as Ukrainian.”

“That called for the word Ukraine to be erased,” said Freeland, who also serves as Canada’s finance minister.

The Department of National Defence said in a news release soldiers will also work with Immigration, Refugee, and Citizenship Canada and “act as a liaison with the Polish Armed Forces … to support temporary residence for Ukrainians wishing to work and study in Canada.”

On Friday, some soldiers in Edmonton joked about their nerves, whiles others slept at the airport lounge area before boarding their flight.

“I’ve been on several missions before where I’ve seen people who go out the door overseas, and this one is hitting close to home for a lot of people because certain people in the task force do have Ukrainian heritage,” said Lt. Kevin Moffat, a public affairs officer with the Canadian Armed Forces.

“I was very pleased to see that the morale was exceptionally high and, from my observation, I’d say the task force is going to be very effective in Poland.”