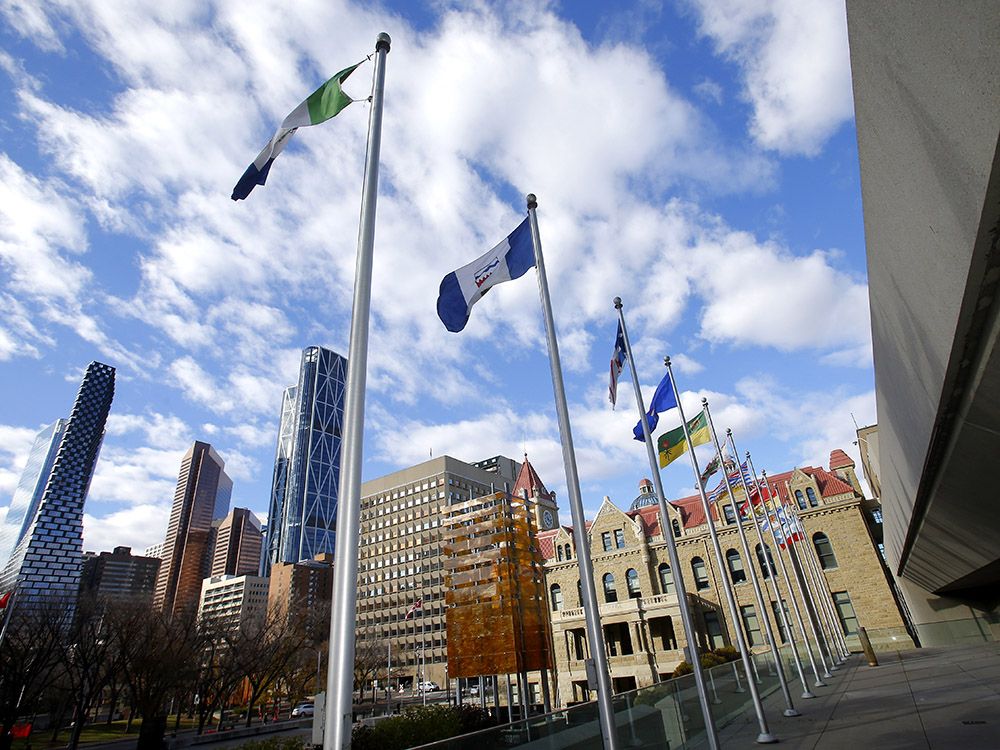 That’s according to disclosures from the eight registered TPAs in the 2021 municipal election obtained by Postmedia via a freedom of information request, which show a collective $2.23 million in spending between the political action committees.

The lion’s share of that spending came from just two of the TPAs: Calgary’s Future and Calgary Tomorrow.

Calgary’s Future was funded primarily by several major unions that represent civic workers, with the bulk of their donations coming from the Canadian Union of Public Employees Locals 37 and 38, and the Amalgamated Transit Union Local 583.

Overall, it raised $1.71 million and spent $1.62 million on its campaign. It endorsed 14 candidates for council, nine of whom were elected, including Mayor Jyoti Gondek.

Calgary Tomorrow, which had the singular focus of supporting former councillor Jeff Davison’s failed mayoral bid, raised about $422,000 and spent an estimated $394,000 on its campaign.

That’s in addition to the $360,000 spent by Davison’s campaign, which saw him finish a distant third behind Gondek and runner-up Jeromy Farkas.

The other six TPAs spent considerably less, ranging from a high of $106,000 for the Look Forward Society for Political Action of Alberta to only $625 for ABC Ward 12 YYC.

Under provincial law, third-party advertisers can endorse candidates and spend money to publicly promote their preferred choices. They have more freedom than individual campaigns in accepting money — unlike candidates, TPAs can accept corporate or union donations, and can accept up to $30,000 from a single source, six times the limit for council campaigns.

Disclosures from TPAs on where money was raised and how it was spent was due to Elections Calgary by March 1, but the city refused to release them publicly, instead requiring freedom of information requests to access them.

The city’s release of the disclosures redacted the names of financial contributors to the TPAs.

That drew criticism from some, including former mayor Naheed Nenshi, who questioned the decision to redact names and called for reform to election financing laws.

“This is really upsetting. The legislation clearly requires disclosure. . . . Donors I spoke to certainly knew their contributions would be disclosed,” Nenshi said on Twitter. “We need much better legislation now.”

Financial disclosures for election candidates were made public at the beginning of March, with the names of donors included.

Those disclosures showed candidates spent big in their pursuit of a seat on city council, especially the mayoral front-runners — Gondek’s campaign spent more than $633,000, and Farkas’s expenses totalled about $821,000.

This is really upsetting. The legislation clearly requires disclosure. The word used is “disclosure” which certainly implies being, well, disclosed. Donors I spoke to certainly knew their contributions would be disclosed. Why is this information now redacted? 1/3 https://t.co/MdRGkl504o

Big spending in fluoride battle, but disclosures only from one side

A hotly contested battle in the 2021 election was the plebiscite on reintroducing fluoride to Calgary’s water supply. Calgarians voted 61.6 per cent in favour of bringing back fluoride, and the new council voted 13-2 to reinstate the practice as one of its first items of business.

Both advocates and detractors of water fluoridation ran campaigns to sway voters in the plebiscite. But only Fluoride Yes! registered as a TPA and disclosed its finances, while anti-fluoride group Safe Water Calgary declined to do so.

According to its disclosure, Fluoride Yes! spent more than $44,000 in its effort to bring the additive back to tap water.

Campaign spokeswoman Juliet Guichon penned a letter to the premier’s office in the wake of the election pushing for reform to election laws that would strengthen the requirements for registering as a TPA.

“It was an uneven playing field. We tried to do everything by the book. We registered, we disclosed, we turned away cheques that weren’t from Alberta,” Guichon said.

“The Local Authorities Election Act permitted them to accept foreign funding, and not to register. We think they outspent us three-to-one, based on what they purchased.”

Guichon argued all parties involved in campaigns involving election issues should be mandated to disclose the sum of their donations and where that money came from.

Safe Water Calgary director Bob Dickson has acknowledged receipt of funds from out of Canada, including from the Fluoride Action Network in the United States, but maintained the bulk of donors to his group’s no vote campaign were local.

He declined to disclose his group’s total expenses, but said its efforts included mailing 410,000 pamphlets to city homes. He added the decision not to register was made in part to protect donors, saying he worried they would come under attack.

“We’re not a third-party advertiser and there’s no legal requirements for us. We’re simply a volunteer campaign that raised some money to pay for signs and pay for our mail-outs to Calgary households,” Dickson said.

Dickson argued that although his group “may have outspent them on the dollars and cents for this actual campaign,” they were disadvantaged due to broad support for fluoridation from medical associations and professionals who have wide reaches. Guichon, meanwhile, said her group was disadvantaged in the campaign by adhering to rules for TPAs her opponents weren’t required to follow.