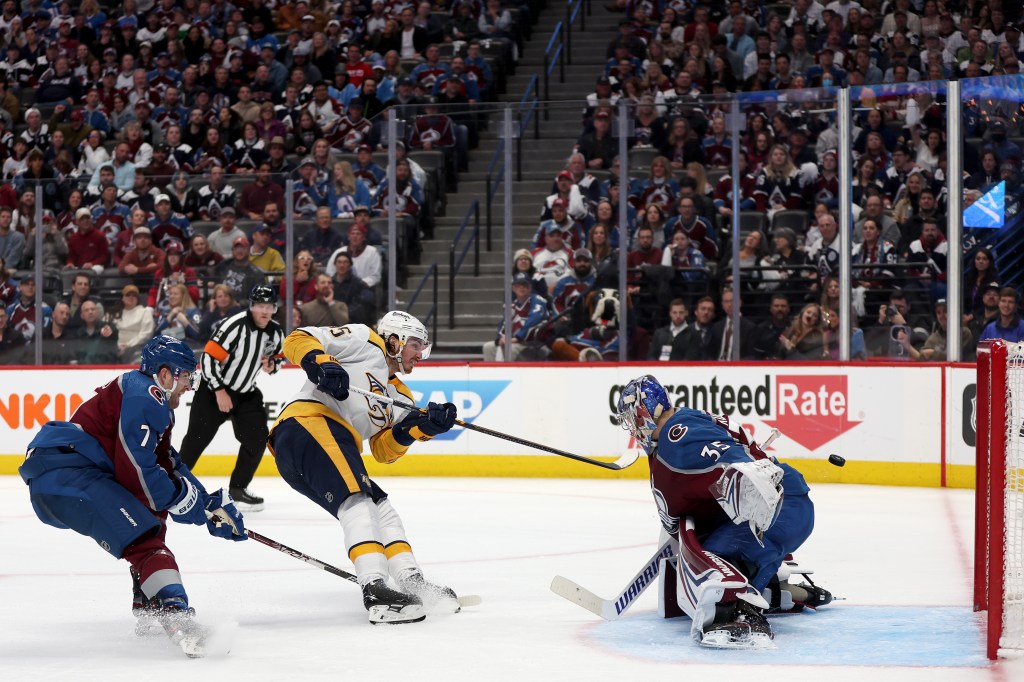 The Avalanche home crowd erupted in a chant almost every time Matt Duchene touched the puck in a Game 1 victory over the Predators.

Duchene, nearly five years removed from his blockbuster 2017 trade out of Colorado, took the taunts in stride.

Duchene was Nashville’s lone bright spot Tuesday as the Avs coasted to a 7-2 victory. He cleaned up a rebound on a power-play chance in the second period to finally beat Avalanche goalie Darcy Kuemper. His second score of the night — a transition breakaway goal with 7:34 left in regulation — occurred at the height of Ball Arena’s unison chant to temporarily silence a sellout crowd.

But Duchene does not share animosity with Avalanche fans, despite requesting a trade out of town five years ago. He took the high road when discussing his nine NHL seasons (2009-17) playing in Colorado. Duchene appeared in 586 regular season games for the Avalanche with 428 points (178 goals).

“They were great to me when I was here. Leaving here was one of the toughest things I ever had to do growing up as an Avs fan,” Duchene said. “They’ve done a really good job of getting this thing to where it is now. At the end of the day, this series has nothing to do with me, other than the fact I play for the Nashville Predators. I need to be at my best to help this team win. That’s it. The rest of the stuff, it’s the playoffs.

“The fans are into it. They’ve always had an amazing fanbase here. They’re backing their team really well.”

Duchene flourished this season in Nashville with a career-high 43 goals entering the playoffs. He still has the respect of former Avalanche teammates like forward Nathan MacKinnon.

“Dutchy is a good person. He just needed a change in scenery,” MacKinnon said earlier in the week. “Obviously, we got a great, great trade for him. That helped obviously, but that was so long ago. Dutchie is a great player (and) had an awesome year. That’s really about it, I think.”