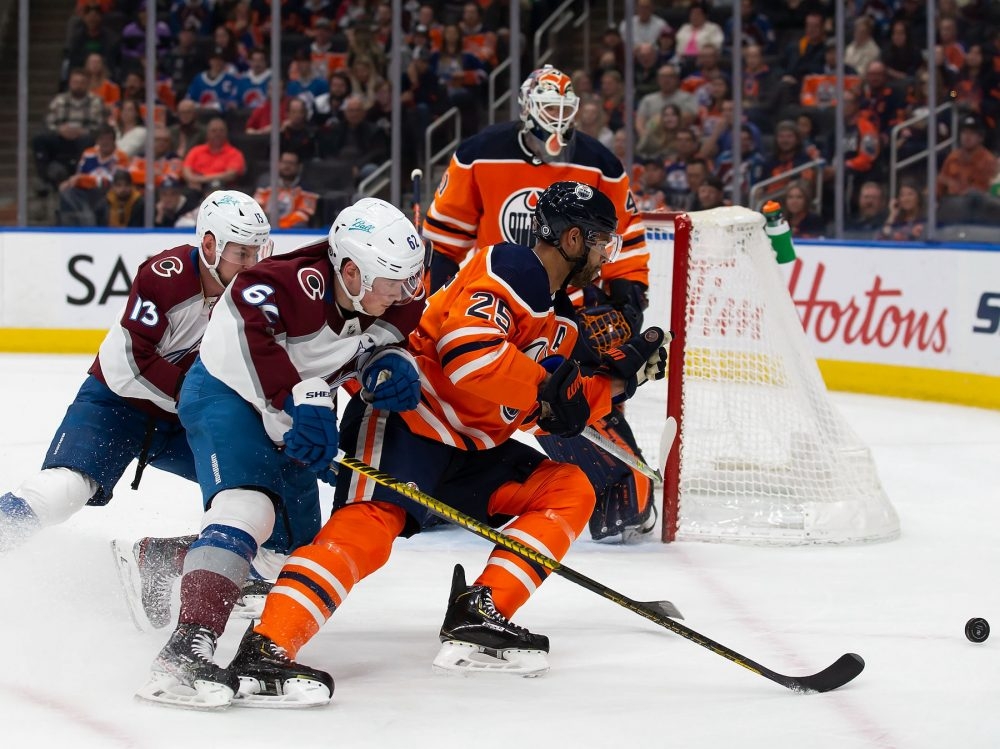 Back in the Wayne Gretzky years, an opposing coach who was watching No. 99 weave his magic said the Edmonton Oilers were “a one-man guy.”

Nice turn of phrase. But they weren’t then, and they aren’t now.

As other-worldly as Gretzky was, he had Mark Messier and Jari Kurri, Paul Coffey and Glenn Anderson. Same today with Connor McDavid, even if Calgary Flames’ winger Matthew Tkachuk said “one guy is beating us.” True, McDavid was on a mission, but Leon Draisaitl had 17 points in that five-game series on a bad ankle with three or more points in every game. Zach Hyman scored in all five. Evander Kane neutralized Tkachuk with his physicality and also had a hat-trick in Game 3.

“Leon brings so much to the table,” said Kane, who watched Draisaitl set up four goals in Game 5 against Calgary, including the OT winner by McDavid. “He’s able to reconfigure his game to be effective.”

And so it is that no-we’re-not-a-one-man-guy Oilers are getting ready to meet a Colorado team that very much looks the same. As much as Nate MacKinnon is the closest thing to McDavid with the temperament, plus skill, to go end-to-end, and defenceman Cale Maker certainly looks like the 2000s version of Coffey, there is also MacKinnon’s sidekicks, captain Gabe Landeskog and Mikko Rantanen, and Nazem Kadri, who plays their checking centre role with bite, also with enough skill to be a point-a-game player.

“There were some phenomenal performances by a lot of guys in our group, with Connor leading the way. Twenty vs. one … I guess that’s not so good,” Kane joked. “We’ve moved on from that and we have a really tough test in Colorado.”

Kane played against Tkachuk on McDavid’s line with Draisaitl, and he made sure Tkachuk didn’t get into the shenanigans he does so well. There’s a good chance he will be on the second line against Kadri, too, if the two teams decide to go power-on-power and Kane plays with Ryan Nugent-Hopkins on line two.

Message-sending, physically, is especially understated in the playoffs.

“Yeah, I think so,” said Kane. “A team like, say, Tampa can send a lot of messages in different ways. They’re a skilled team but they have a lot of different types of players (Pat Maroon, Corey Perry). They have a nice mix of different skillsets. When you go against guys and play a lot of minutes, you want to leave an impression every game. We did a good job of that against Calgary.”

Kane may bounce back and forth between lines. “There’s obviously a difference (McDavid and Nugent-Hopkins) but there’s great opportunity to have success with both guys and Nuge has been playing well of late, and he’s scored some big goals (two in Game 4) for us. Excited to play with Kailer (Yamamoto) too,” said Kane.

“You don’t get this far just with one player. We have two of the best players in the world, the best in Connor. What he’s doing is special,” said coach Jay Woodcroft. “But, of the last 10 goals scored by the Oilers, Connor was only in on three of them. We were a team in the true sense of the word. Teams are why you win.”

“We’re certainly driven by our leaders but Connor and Leon are great teammates and we wouldn’t be here without contributions from everybody,” said Woodcroft.

But can the Oilers go toe-to-toe offensively with the Avs?.

“The Avalanche pose different issues (than Calgary) for us with their skillset. It’s a unique challenge,” said Woodcroft.

Can we expect 5-4 every night, like the average score in the Calgary series? On paper, yes. On the ice, maybe not. “I’ve learned in these playoffs not to predict anything, just react to what you see,” said Woodcroft. “The games were well-played that could have gone either way (first two with Oilers losing in OT 3-2 and in a shootout 2-1) with a 6-3 Oiler win in the last one, all in the space of a month at the end of the season,” said Woodcroft.

“The post-season is different than regular season but in the league games I was a part of with Colorado, they’ve been pretty low-scoring,” said Kane. “As much skill as there is in this series, both teams realize checking is going to be a key opponent.”

Both teams like playing on the rush. In the Calgary series, the Flames didn’t do their usual good work along the boards, grinding it out, and it became a track meet. That didn’t work to their advantage, at all. But Colorado is a different animal.

Draisaitl has been on McDavid’s left wing for half of their playoff run. When he sprained his ankle, the skating part as a centre going up and down, deep into the Oilers end, was too much. And, so on left wing, he and McDavid, Kane or Hyman were dynamite against Calgary and late in the Los Angeles series.

Now we’ll see if he stays on left wing or moves back to the middle during the Colorado series. “One of the best things about coaching the Oilers is we have a lot of really elite players, and a lot of versatile players who can play middle or wing (Draisaitl, Nugent-Hopkins, Ryan McLeod). So that’s an option (Draisaitl going back to centre). We’re pretty flexible,” said Woodcroft.

“When we’re looking at players who’ve played this deep, Evander is one of them (San Jose in the finals). He’s had one opportunity and understands this is a special team we have,” said Woodcroft. “His experience is invaluable. He keeps getting better, and he’s not just defined by his scoring statistics.”