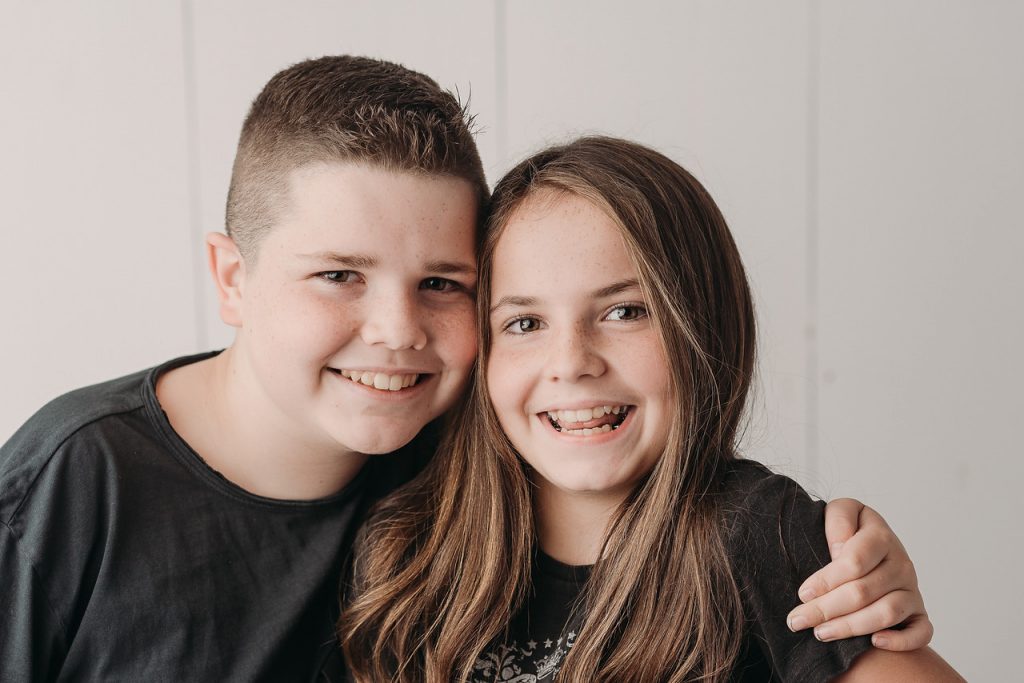 Tristan Millar could be spending his recess and lunch at his Surrey elementary school playing frisbee or chatting with friends. But he doesn’t. Instead, he spends it sitting alone on a bench at the far corner of the field. Every day.

Tristan is 13. He was diagnosed with autism spectrum disorder (ASD) when he was two years old. His mom, Karyn, says when he started kindergarten, he had extra support full-time. But the struggles to keep that support started right away.

“They tried to cut his hours, his first two weeks of kindergarten. And we wrote hundreds of emails. Finally, his hours were reinstated. The teacher also helped advocate a lot on our behalf. And then in Grade 2, they started to cut his hours,” she told CityNews.

A particular challenge, she explains, was that Tristan was a “flight risk.”

“Which meant he would run away when loud sounds would happen,” Karyn explained. “Between Grade 2 and Grade 4, he was lost quite a few times at school when he didn’t have support. And so we were advocating then that he needed break coverage … Because he’s the kid that looks really fine. He’ll sit in class, and he might answer your questions. And he sits nice and calmly. But if a trigger happens, he would be gone.”

Fast forward to today: Tristan interacts with his Grade 7 teacher, and gets along great with people in the classroom with supports in place. But when the bell goes for lunch and recess, he doesn’t have a support person. And he always walks to the same spot, the farthest possible from the school, and sits alone as hundreds of kids play around him.

“We’ve been begging for socialization, for help with it. And the answer is always no,” Karyn said.

Tristan’s dad, Ryan, says Tristan might look like he prefers to be alone, but feels nobody with the school has bothered to look deeper into it.

“Because of the social anxiety that he has, he’s not going to be the person that’s going to go into a group of kids and say, ‘Hey, guys, can I join?’ or ‘Can I play?’ When people ask Tristan, ‘Do you like to sit by yourself?’ He will say ‘Yes, I do like to sit by myself.’ But the reason is because the alternative is so big and scary, he doesn’t have the skills to go out there and insert himself into a playing situation. The alternative is a lot easier for him,” Ryan explained.

“But if he had the skills and if had the support where they would say, ‘Let me help you … Let me support you to bring you into this playing time,’ then he would want to play. He wants to connect. We’ve asked him: ‘Do you want to sit by yourself? Or do you want to be playing with your friends?’ And he says, ‘Well, I want to be playing with my friends. I just I need to know how.’”

A support person during recess and lunch, both parents say, could help with that.

“Like, even ‘Come on, buddy, let’s go ask three kids if they want to play frisbee,’” Karyn suggested. “He’s fully verbal. He can have a conversation with people … he’s been so isolated, he gets really nervous.”

“Tristan is just the forgotten child”

In a Facebook post that’s been shared thousands of times and resonated with hundreds of people, Karyn calls Tristan “the forgotten child.” She describes a recent time when a family friend saw Tristan sitting alone during lunch.

“She was able to engage in a full 15 minute conversation with him with zero adults or children noticing that a “stranger” was talking to a child. Do I think that Tristan would leave with a stranger…no…but that’s what all parents say don’t they?”

According to Karyn, that friend emailed the school board.

“The school board wrote back, telling her not to worry there are programs in place for kids on the spectrum for socializing..ummmmmm, no there isn’t. There has never been any of these programs he spoke about available to my son since he started in the school at Kindergarten. So I began to ask my other friends in the ASD community and none of them had ever heard of or participated in any of these programs that are apparently widely available to my son,” she continued in the post.

CityNews reached out to the Surrey School District about resources and supports available to children on the autism spectrum.

“A wide variety of supports are in place for all learners including those with diverse abilities or disabilities. Supports include specialist teachers, Education Assistants, Applied Behaviour Analysis Support Workers, child and youth care workers, counsellors, speech-language pathologists and school psychologists. As student needs change, supports are adjusted in accordance with those needs, throughout the school year,” the District responded, in part.

Karyn doesn’t blame the teachers for Tristan’s lack of support with his social skills. She says the system is broken.

“I think he has the best teacher and the best EA. But when your EA is also being pulled all the time,” she explained. “So, let’s say Tristan has a certain amount of hours a week … it’s what he’s allocated by the school. But then his EA has been pulled to cover break coverage for other kids that are deemed ‘higher needs’ until he ends up getting about half of that. And zero per cent of of has ever been during recess and lunch. We’ve been begging for socialization, for help with it. And the answer is always no.”

“If they’re going to pull hours to help Tristan, who are they taking those hours from?” Karyn asks.

Schools are given provincial funding per student with a designation, though it doesn’t mean each child will get equal support.

“Student hours are assigned in accordance with student needs. Some students require full-time support due to complex medical/health/safety needs, while other students require minimal support,” the Surrey School District confirmed to CityNews.

Ryan describes it as “competing, child-to-child, as parents.”

“Depending on what is actually happening with the child [determines] the amount of support he gets. Meaning if there is a child that’s flipping desks in the class, they would get more support. If someone like Tristan … he looks completely fine. But we actually put an Apple Watch on that measures his heart rate, and it’s through the roof. But because he’s sitting there and he’s not disruptive, then he doesn’t get as much support and usually is the one that the support is pulled from and given to other children.”

The government “holds the purse strings,” Karyn said, adding the feeling is the province has decided “not everyone deserves it as much as everyone else.”

Her frustration in feeling like there’s never enough money for kids like Tristan in schools is magnified when she sees big funding announcements such as nearly $800 million for a replacement for the Royal BC Museum in Victoria.

“Our BC Government is concerned about building a $1-billion dollar museum while kids like Tristan sit alone in schools all across the province for recess and lunch,” Karyn wrote in her Facebook post.

“There is no reason why any child that needs support or help shouldn’t have one-to-one support,” she told CityNews.

“I think in the school … for kids on the spectrum, socialization is slipping. For kids on the spectrum, you’re seeing bigger behavior outbreaks in class, which don’t just affect the ASD kids, it affects all the neurotypical kids. And you have teachers who are overwhelmed and overworked and underpaid that are now being put in these positions to be an aide to a kid with autism, which was never their job in the first place. Their job is a teacher to all the children.”

Karyn and Ryan have lost so much faith in the system’s ability to support their son, this year will be Tristan’s last in public school. They are enrolling him in a small private school, starting September.

They acknowledge they are in a position of privilege to afford the tuition, which they estimate to be $10,000 to $25,000 depending on the school.

Individualized funding, under the current B.C. model, is only $6,000 per year for kids aged six to 18. And therapies aren’t cheap — meaning many B.C. families are paying tens if not thousands of dollars out of pocket on supports their children need.

“Over the course of Tristan’s entire life since we had the diagnosis, we’ve spent hundreds of thousands,” Ryan said. “You’ve got to understand how much of a financial strain it is on even neurotypical children that are maybe choosing to put their kids in private school, let alone kids with special needs. It’s almost impossible.”

But Ryan says this is a necessary move.

“What is the option? The option is to continue in that public school system with the lack of support, and hope it all goes well. And we’ve seen the evidence of it not working.”

He argues schools are supposed to do more than focus on academics, and the province is not doing enough.

“At the end of the day, we are training these children not to just get a high school diploma, but training them for life. If we don’t have the social skills, what are we doing?”

When asked about the funding model for kids with extra needs, the Surrey School District said it’s doing what it can.

“In our efforts to create inclusive learning environments, as a district we spend nearly 10% of our total budget on Education Assistant and Applied Behaviour Analysis Support Worker salaries. That’s the highest percentage in the province and is 2.7% above the provincial average,” its statement reads, in part.

Still, Karyn worries without more support at the school level, there will be bigger problems in some kids’ future due to underdeveloped skills.

“Maybe not for Tristan because he’s out of the public school system in five weeks… But for all the other kids that are going to be sitting alone, like I just think we need to do better.”