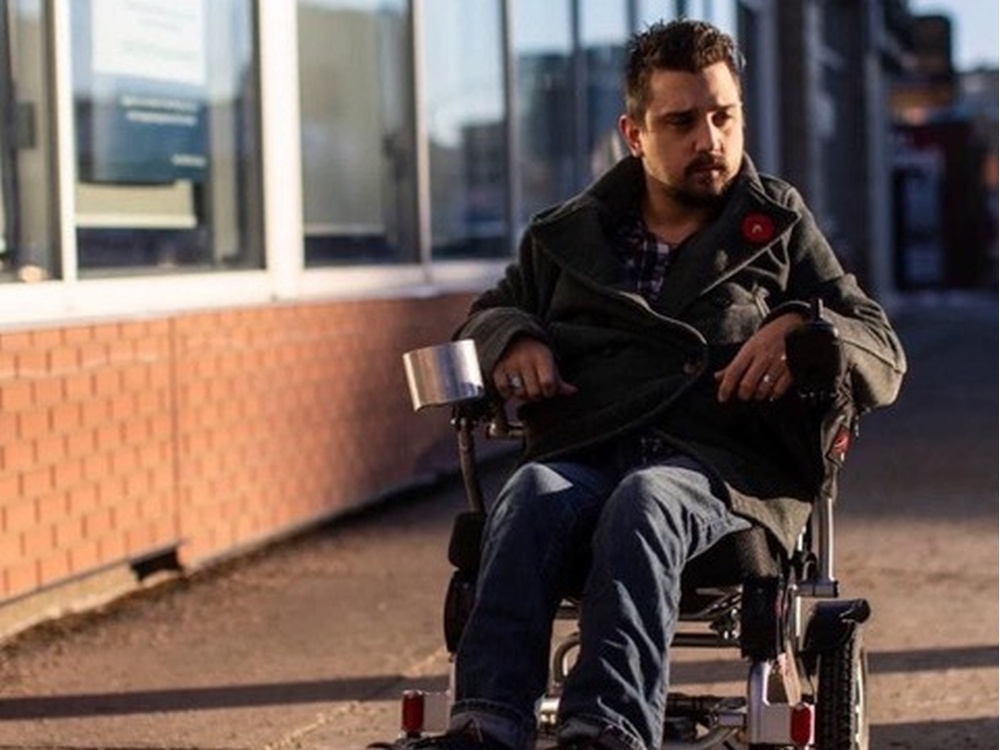 When it comes to homecoming gifts, Brad Bartko has elevated the gesture perhaps like never before.

There’s another noble — and from where I sit and see things unfold — significant act which, most triumphantly, signals the younger generation of people with disabilities, frankly, give a damn about the next generation.

There was more — a  minor brain bleed and one lung not fully developed.

Bartko was diagnosed with cerebral palsy when he was two and has undergone more than 20 surgeries.

At the end of 2021 Bartko and wife Jenn started  disABILITY Accessible by Design with the mission to make public and private establishments barrier-free.

Bartko’s sparkling personality has, most deservingly, turned into a respected reputation.

“My relationship with Spruce Grove as been fantastic,” Bartko said. “New Mayor Jeff Acker and  his Council actually reached out to me to start a conversation about inclusion and accessibility.

“They also loved the fact I grew up in Spruce Grove and was leading such an important cause for change, after months of conversation sharing my mission and vision for a truly more inclusive city and world.”

“I’m making sure it’s not just slapped together and they have all disabilities in mind,” said Bartko. “My job is to bring a new lens and different perspective.

“But, more importantly, hold people to a higher level of standards and accountability when it comes to accessibility and universal design, because then that sets a higher quality for future projects.”

Bartko says the Spruce Grove project is “something we could be all proud of for years to come.”

Nature called for Bartko, a wheelchair-user.

“I was met by a manager who led me through an active kitchen with my chair, moving equipment out of the way and stepping over kitchen staff — it was crazy,” said Bartko.

“I got led down a dark hall  — so dark he used a flashlight — at the end of the hall there was a locked room, and he opened it.

“To my surprise it was a bathroom but instead used as a storage room. In the very back there was a toilet but no bar to grab onto for me to transfer safely.”

Bartko asked the manager how he could be safe.

His response was “It’s not my problem. I don’t get many of you people in my restaurant.”

Brad Bartko could have, very easily, done nothing.

But he did not. And we will all be better for his efforts.