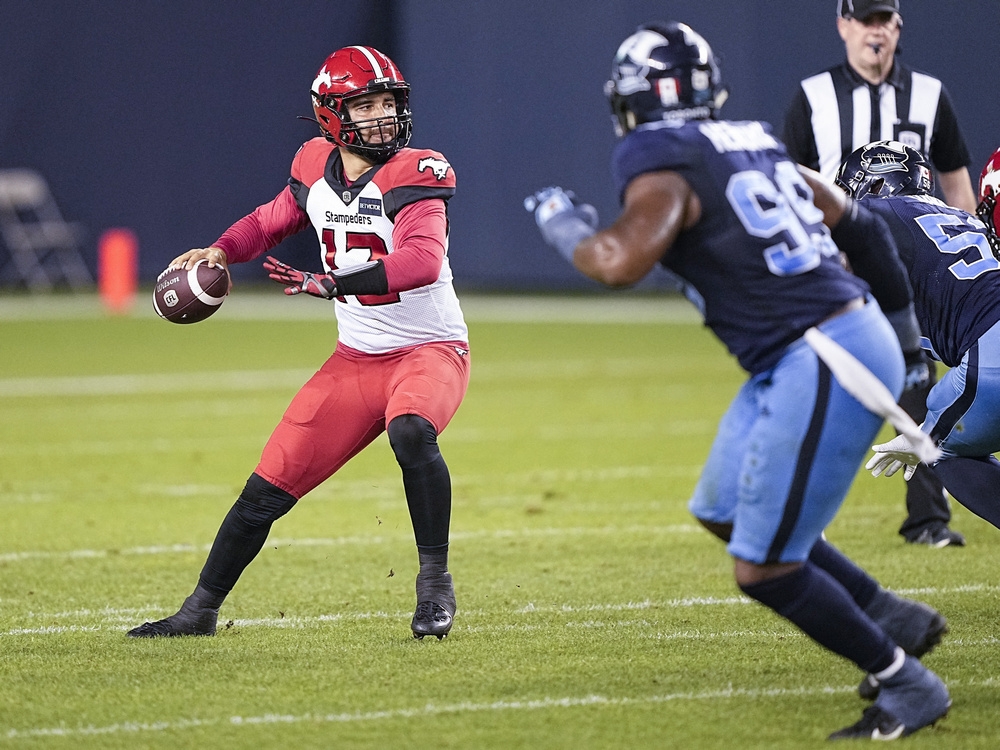 WINNIPEG – The Calgary Stampeders have made a change at quarterback.

After pulling Bo Levi Mitchell at halftime against the Toronto Argonauts last weekend and replacing him with Jake Maier, the Stamps will be starting Maier against the Winnipeg Blue Bombers on Thursday night.

After a strong start to the season, Mitchell hasn’t put up more than 220 yards in any of his last five games and has seen his completion percentage dip. He also threw two interceptions in the first half against the Argos and while he did complete 9-of-16 passes for 149 yards, 80 of those yards came on the very first offensive play of the game.

Maier, meanwhile, came in for the second half and completed 14-of-18 passes for 156 yards, while also throwing a touchdown.
He was extremely effective against the Bombers last season, too, completing 30-of-39 passes for 307 yards.

“I am obviously frustrated with the decision, any competitor would be,” Mitchell said on Instagram. “But … I am a member of this team and I am not above coaching or criticism. I believe in Jake and believe he will play great, winning football. I’ll take the time to look at what I can do to make myself better which will ultimately make us a better team. I will be back on the field.”

The Stamps are currently in third place in the West Division with a 6-3 record and while Thursday’s game against the reigning champions is a tough assignment on a short week, they have a run of winnable games coming up afterwards.