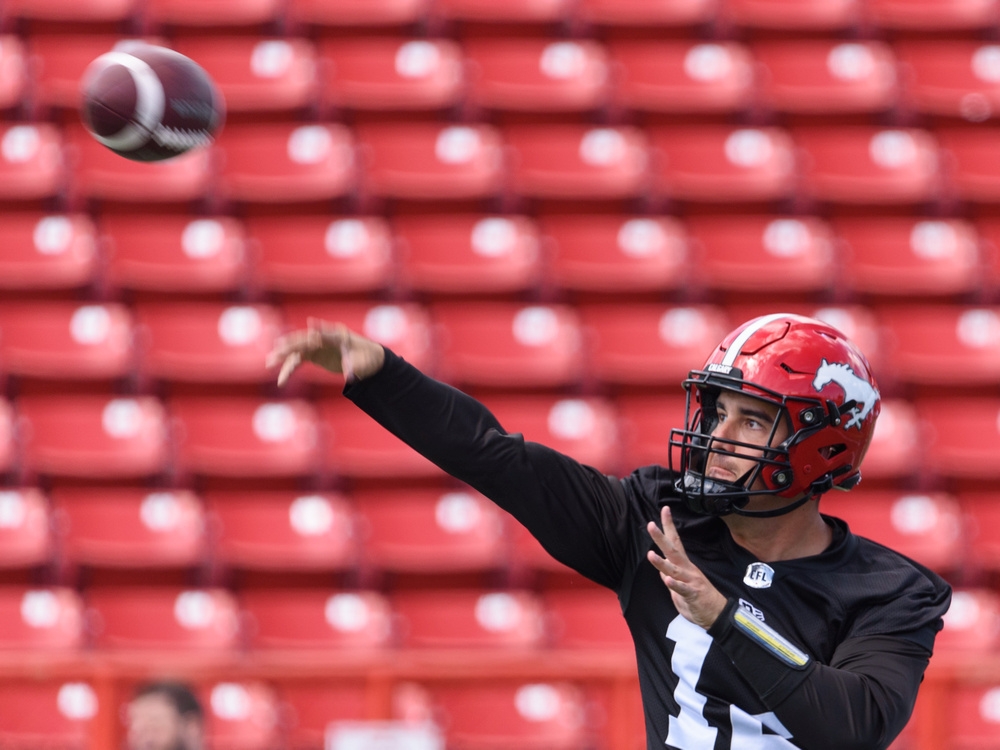 WINNIPEG — It’s going to be strange. The decision couldn’t have been easy.

Bo Levi Mitchell will be on the sideline to start Thursday’s game against the Winnipeg Blue Bombers (6:30 p.m., TSN/770 CHQR).

You wouldn’t expect the longtime Calgary Stampeders star to be happy with being the backup quarterback. That’s not how highly competitive athletes function.

While Mitchell might be disappointed in head coach Dave Dickenson’s decision to go with Jake Maier at QB, there are no concerns about his attitude or willingness to help the Stampeders on Thursday night.

“Bo is one of the best teammates I’ve ever had,” Maier said Wednesday. “I think he’s a very misunderstood guy. He’s very competitive and I’ve mentioned this before, but our quarterback room and, really, it starts with coach and (quarterbacks coach Marc Mueller), we all want to win, we all want to compete at a high level and we all want to play. That’s very well understood.”

At this point, it’s not entirely clear whether the Stamps are planning on moving forward through the rest of the season with Maier as their starter or whether it’s an open competition that could change week by week. The second option is generally not the approach most teams take, though.

After Mitchell had a couple of games in which he struggled to keep the offence on the field and keep the ball moving, he was pulled at halftime against the Toronto Argonauts on Saturday night.

When Maier stepped in, the Stamps’ offence looked better. The numbers were better, the Stamps moved the ball better, and overcame a nine-point deficit to secure a 22-19 win.

That, ultimately, was at the root of Dickenson’s decision.

“Listen, we haven’t been clicking quite as sharp as we need to be on offence,” Dickenson said. “Jake has played here (in Wininpeg) and we got beat, but I thought he played a solid game and I’m honestly just trying to find the best way to win a game in a place against a team where we haven’t had success. It’s just one move, Bo’s ready to play and I know if his number is called he’ll come in and play well. I hope I’m giving us the best chance to win.”

As for Mitchell, he released a statement on Instagram about the decision.

“I am obviously frustrated with the decision, any competitor would be,” he wrote. “But … I am a member of this team and I am not above coaching or criticism. I believe in Jake and believe he will play great, winning football.

“I’ll take the time to look at what I can do to make myself better which will ultimately make us a better team. I will be back on the field.”

Even Mitchell’s harshest critic would be hard-pressed to take issue with that statement.

Since taking over as the Stampeders’ starting quarterback in 2014, Mitchell has never been replaced as the starter in a meaningful game in which he was healthy. In that time, he set the Stamps’ all-time record for passing yards and became the only quarterback in franchise history to win two Grey Cups as a starter.

He is, without question, one of the greatest players in Calgary football history.

As Bombers quarterback Zach Collaros explained, that doesn’t happen without a competitive fire. That fire only makes getting benched that much more difficult.

“For Bo, it’s not fun, I’m sure he’d say the same thing,” Collaros said. “I’m not in his shoes right now so I don’t want to speak for him, but he’s a competitor and everyone wants to be out there. He’s been doing it for so long and at such a high level and you play at a high level because you are a good competitor, so it’s got to be hard.”

So now, the Stampeders (6-3) move on and get set for a tough game against the CFL-leading Bombers (9-1) with Maier behind centre.

They’re lucky, though, to have Mitchell on the sideline, helping Maier however he can.

“I’m not surprised,” Dickenson said when he was asked about Mitchell’s statement. “I know Bo better than most. I expected it and I knew he would be a good leader and I knew he would keep working and we’re just trying to win as a team, as a group, as an entire team. We want to get better and we trust in each other.”