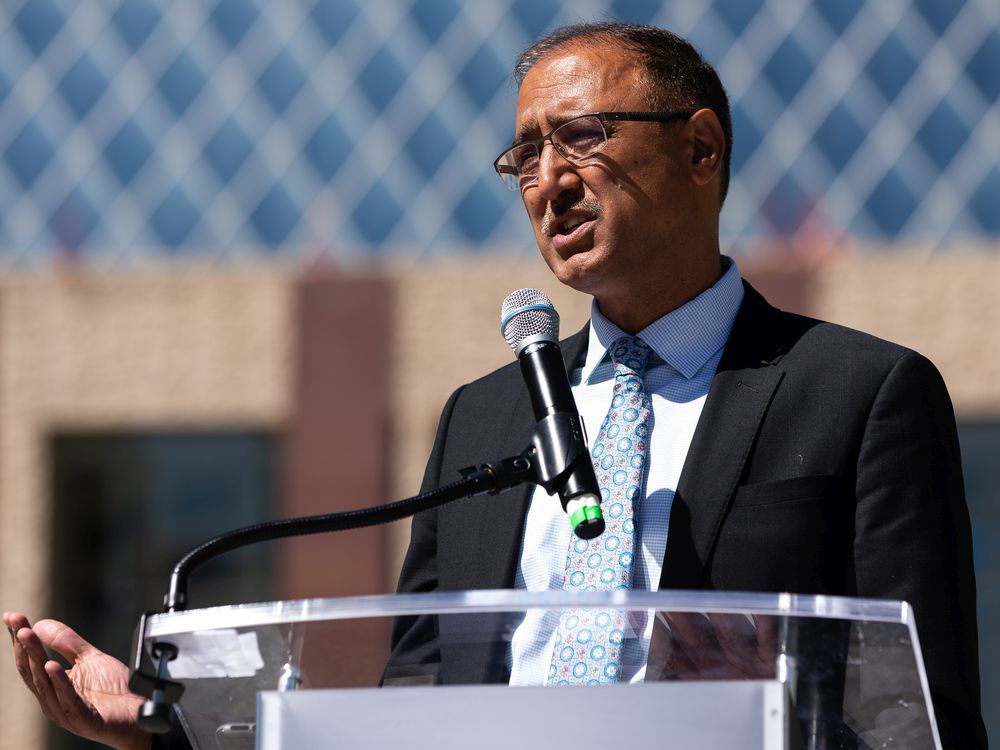 Mayor Amarjeet Sohi says he’s bringing a list of the city’s efforts on Downtown public safety and a plea for more help to his meeting with Justice Minister Tyler Shandro.

The mayor will sit down with the minister Tuesday afternoon, just a few days after Shandro invoked Alberta’s Police Act and demanded a “public safety plan” from Edmonton city council to address what he called a “violent crime wave” in the city’s core.

“We have been calling for interventions from day one. And I’m glad that (the provincial government) started listening to us now. I look forward to the conversation that we will have with them.”

City council talked over plans and policies last week that have already been approved to help support core communities — notably Chinatown, where two men in their 60s, Hung Trang and Ban Phuc Hoang, were killed earlier this month. A man is facing second-degree murder charges in relation to both deaths.

The Edmonton Police Service has also recently moved officers from other parts of the city to the core for more frequent, visible patrols.

Sohi said there’s both immediate and long-term work underway to help Chinatown, from $300,000 in grants to help businesses fund private security to a five-year plan to work on decentralizing social services and shelters currently clustered together in Chinatown.

The city is also planning to advocate the province to ensure people aren’t discharged from hospital with nowhere to go, or released from provincial corrections facilities without a place to live, which can lead to them being unhoused. Municipal leaders intend to push the federal government on the same issue, but with correctional institutions under their jurisdiction.

There is a video circulating online showing vandalism to the same LRT station where I announced the decision to invoke Section 30(1) of the Police Act to require @CityofEdmonton to develop a public safety plan to increase policing and address violence in downtown Edmonton. pic.twitter.com/v96BTBWKAA

Hon Leong, the chair of the Chinatown Transformation Collaborative Society, said he’s encouraged to see steps toward progress after years of being unheard.

“This gives us a lot of hope. We’re talking about many levels of government that are now turning their attention to this problem that has existed for a while,” he said.

“And now we’re hoping the community and the general public will show up and support some of this neglect — to not just look at Chinatown but to realize that there are communities within Edmonton, period, that require attention and to be serviced to be safer communities.”

Edmonton does deserve better, and if we work together, we can get there.

Read my response to Minister Shandro’s letter on the Police Act on my blog below 👇🏽 #YEG #YEGcc https://t.co/WAIEe5enc7

“I hear that this tragedy has awakened us all to the realities that the people in Chinatown have been living for decades, in many cases losing business, losing customers and losing hope. Many people in the community have lost hope that things will change,” he said.

“And I commit to you that the things we can do as a municipality, we will do those things.”

But the mayor said there are difficult issues to grapple with: notably, the way trauma is at the root of addictions and poverty that’s leaving people on the streets.

“Once or twice a week I go for a walk in Chinatown. I see the pain, I see the suffering of those who are houseless, those who are facing mental-health challenges. I also see the impact on the community, on businesses,” he said.

“It’s a human crisis we are facing. And it’s not caused by one person, one organization, one government. This is a collective damage that we have done as a society to Indigenous peoples and others, that they end up in those conditions.”