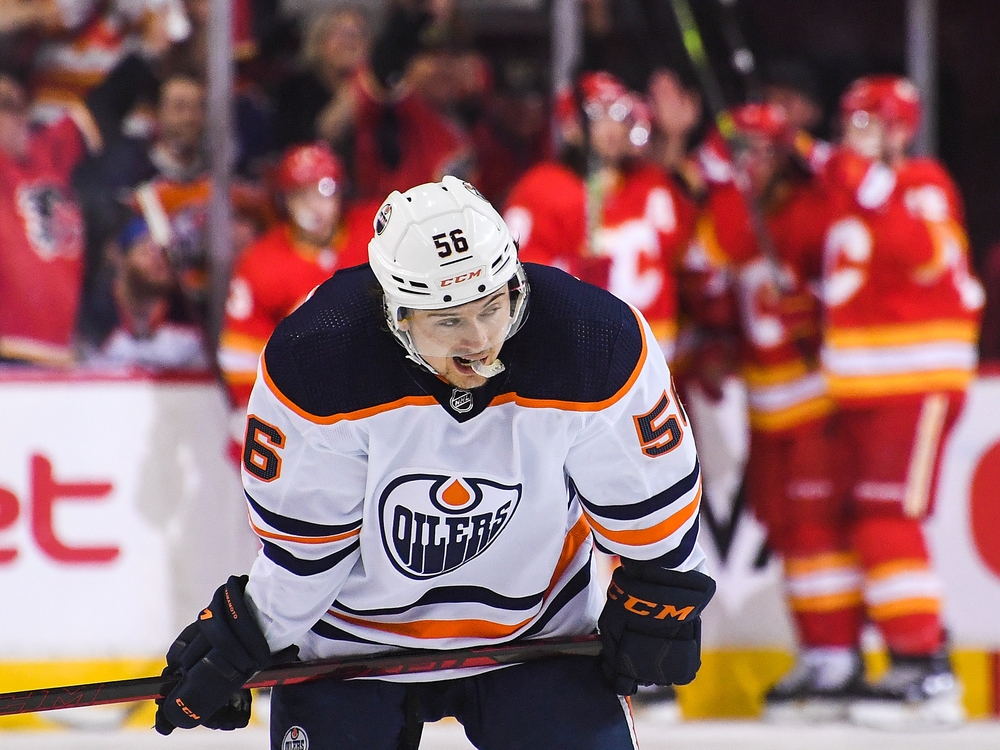 The sound will haunt the Edmonton Oilers for the rest of this season. At least, it should.

Until the Oilers make things right, echoes of a jam-packed Calgary Saddledome chanting: “We Want 10! We Want 10!” as the Flames turned Edmonton’s zone into a shooting gallery in a joyous attempt to run up the score, will never go away.

Saturday night’s highly anticipated Battle of Alberta wasn’t a battle at all. It was a vicious and merciless beatdown. In a face-to-face showdown between two teams eager to send a message in case they meet in the playoffs, the Flames grabbed the Oilers by the neck and slapped them silly in front of the entire country.

“We went away from script, we went away from what our game plan was and we paid the price for it,” said head coach Jay Woodcroft, whose club didn’t know what hit it. “Nine even-strength goals is not good enough.”

For the Oilers and their fans, the most troubling aspect of getting whupped 9-5 (9-2 at even strength) is the lack of answers.

We all saw what happened during the Slaughter in the Saddledome. The Oilers defence absolutely imploded. From Darnell Nurse and Cody Ceci spending most of the night fishing pucks out of their own net, to Evan Bouchard gliding around aimlessly in key moments, the blue line had its worst game of the season.

Up front, Calgary’s top guys shredded Edmonton’s top guys, scoring seven of their nine goals against the Oilers’ top two lines. Leon Draisaitl was on the ice for five goals-against. Connor McDavid and Evander Kane were on for four.

“You’re never winning a game in the NHL if you give up nine,” said Draisaitl. “You can talk all you want, not good enough, top to bottom. Starts with me, our leadership group.”

In goal, Mikko Koskinen and Mike Smith weren’t great but it honestly didn’t matter because no goaltending tandem in the world was going to win such a poorly contested game. Blaming the goalies on a night like that is a lazy take.

“We played bad, we played poorly,” said winger Zach Hyman. “Nine-two at even strength? The media is probably going to blame our goalies, but you can’t blame our goalies. We hung them out to dry. It was an all-around poor performance. It’s not on our goalies, it’s on us.”

We all saw what happened. Against a heavy, determined, skilled opponent pressing them hard, as would happen in a playoff series, the Oilers, top to bottom, weren’t close.

The more serious question is why it happened. Why did everyone wilt so badly on the big stage?

And how concerned should we be that this might be a precursor of what might happen when the post-season, which hasn’t agreed with Edmonton the last two years, brings them face-to-face with this kind of challenge again?

If the rule is you never place too much emphasis on a small sample size, then it’s not right to freak out over one game, as weak and embarrassing as it was.

But the notion this was a one-off, a brief lapse from an otherwise contending team on the rise, is odd considering how much this game meant. We’re not talking about falling asleep during a mid-week game against Seattle. This was an electric atmosphere against a bitter rival that played the night before.

That’s not where playoff contenders turn in an off night.

Was this a temporary blip on a radar screen that has otherwise seen the Oilers rising fast in the Western Conference, or is it an indication of just how much better Darryl Sutter’s hard-working Flames are when it really matters most?

We won’t know until they meet again, but what happened Saturday night is enough to make anyone nervous. This wasn’t a determined losing effort like the ones they turned in against Tampa, Carolina, Florida and Colorado. The Oilers went 1-2-1 in those measuring-stick games, but they fought hard and took every game to the wire.

Saturday was men against boys.

“It’s disappointing because we didn’t show up,” said Hyman. “It’s not like we went out there and it was a great game and we came out on the short end of it. We didn’t show up. We didn’t play well. To a man, it was hard to find somebody who had a good game. It was poor all around.”

All they can do now is put it behind then, do their best to ignore the chants still ringing in their ears and move ahead with the rest of the season. Because while the Oilers were bowing down in Calgary, the L.A. Kings, Vegas Golden Knights and Vancouver Canucks all won their games.

“You regroup,” said Hyman. “You remember it, you learn from it. We’ll play these guys again. We’ve been playing well before this, we’ll get back at it. You have no time to think about it, there is a lot of hockey left.”