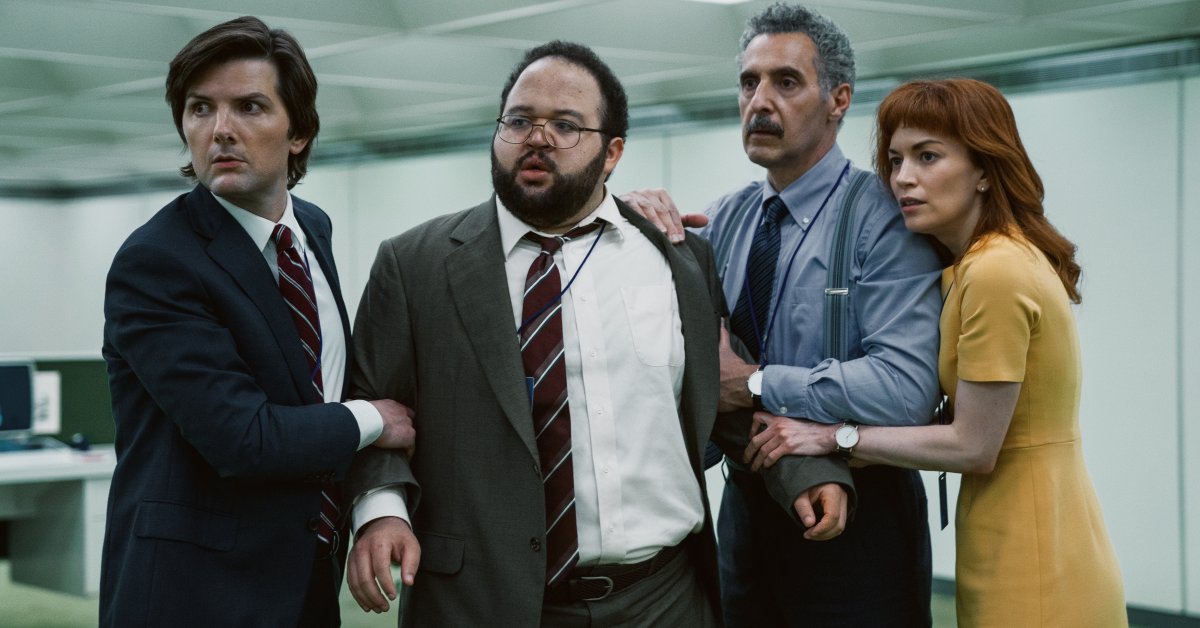 The shocking finale of Severance, Season 1 has spawned hundreds, if not thousands of theories. The show centers on a group of workers who volunteer to have their office memories surgically isolated from their personal ones. Mysteries abound. Who are these employees, when they’re not in the office? Why would they be willing to undergo such a drastic step? Why would the corporation that employs them, Lumon, ask them to do it?

Many fans have naturally taken to Reddit to speculate about where the eerie show is headed. Ben Stiller, who directed the first season, said during the Severance panel at San Diego Comic-Con on Thursday that he has yet to figure out how to get on Reddit—but the show’s creator, Dan Erickson, has been on the platform reading fan reactions.

“I was warned not to go on the Subreddit on this show at all, and I held off for about six minutes,” Erickson said, “and then I was on it every day for a while. It’s kind of addicting.”

Erickson has been working on the script for ten years, and Stiller has worked with him for five. So while the story is not written in stone, the pair have strong notions about its direction. “It’s really interesting to see what people’s theories are and sometimes they have ideas that are better than what I thought of,” Erickson said. “But then I pulled back because it’s this idea of infinite options, and at some point you need to commit to what you’re doing.”

He said he even found an incredibly accurate map of Lumon’s labyrinthine hallways on the website. (During the panel, star Adam Scott said those corridors, built as a real set, were so maze-like that he often needed help to get out.)

No plot giveaways for Severance Season 2

Erickson revealed that, in the original version of the pilot, Adam Scott’s character Mark was the one waking up in an office after being severed, and Helly (Britt Lower) was the person coming in to check on him. But the writer and director decided to flip the roles so that Helly became the severed human freaking out about the new state of affairs after waking up from her surgery.

During the fan Q&A, someone pointed out that the men in Severance seem happy being severed—their office selves enjoy pursuing corporate goals and playing with finger traps. But the first woman who is severed in the show does not deal with it well and eventually leads a rebellion. The fan asked what Stiller and Erickson intended to say about gender differences at work.

“It wasn’t a straight-up intentional thing, ‘Let’s have the first woman in the office being the one who upsets the apple cart,’” said Erickson. “But once it was Helly, there is an obvious thing that if you bring anyone into a setting that previously was all one way, when you bring diversity into the environment, you are going to have new ideas introduced that help. So this idea that it was a boy’s club and Helly was an instigator of change for the better—we leaned into it.”

The creative team discussed the future of the show only in broad, thematic terms. Stiller said the question of how much the “innie” versions of characters in the office can sense about their “outie” lives at home will continue to be a major area of exploration. “One of the conversations we had a lot with the actors, almost in every scene, is how much of what’s going on on the outside is informing their innie, even if they’re not conscious of it,” he said.

Erickson added that he wants to give a larger sense of the world beyond the Lumon offices.

He said that he intentionally wrote about a world that only differed from our own insofar as the severance procedure existed. Future seasons will further explore ramifications of how dividing one’s personality could affect society at large. “I’m excited, going into Season 2, building out the world a little bit more and being able to see, with this one slight tweak to reality, what the different ramifications would be,” he said. “We didn’t want it to feel sci-fi in the classical sense. We wanted it to be much more grounded.”

Both writer and director remained otherwise tight-lipped when they were asked about specific plot points for Season 2. A fan asked about the baby goats that, somewhat randomly, appeared in a room in Season 1. “Is there a significance to the goats and will it be revealed?”

Write to Eliana Dockterman at eliana.dockterman@time.com.