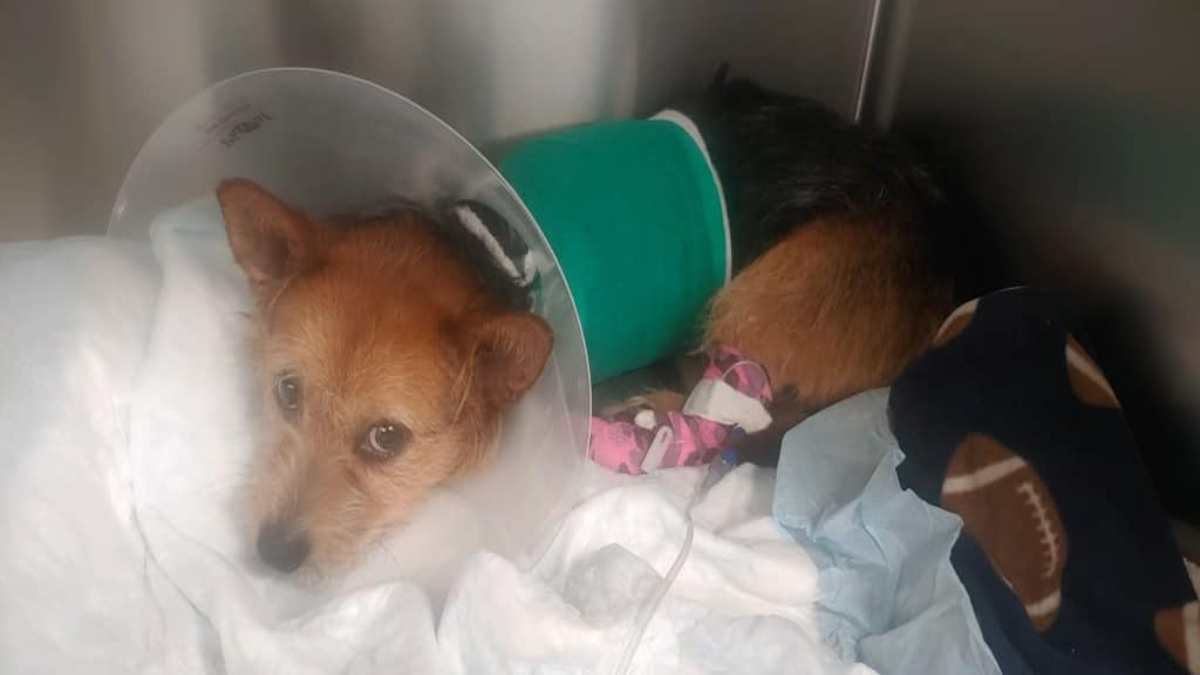 NOTE: This story contains details that some readers may find disturbing.

A dog that was seriously injured and brought to Dan Cosgrove Animal Shelter has underwent surgery and is on the mend.

The animal shelter gave the dog, named Evander, an x-ray after noticing the bandage on its front leg. The veterinarian said the dog needed to be rushed to the emergency vet hospital.

The vet hospital said the dog’s front leg was decaying and was missing toes underneath that bandage. They removed the bandage described as being “foul-smelling,” and cleaned up his leg before re-wrapping it.

The veterinarian said they weren’t certain what caused the wounds, but said it could’ve been a guillotine or maybe even a hatchet.

They said the dog completely lost his toes, which was caused by a straight fine edge object.

“The manner in which the bones were cut off were not done in the typical manner that a veterinary doctor would do it,” the animal shelter said in a Facebook post.

The veterinarian said it was obvious that someone tried to stop the bleeding and create a splint with broken pieces of a water bottle. The dog wasn’t given any pain medicine or antibiotics.

The animal shelter said the dog needed a front leg amputation and needs about $7,000 in care. Anyone interested in donating can do so here.

“We want all of you to know that it is because of all of you who support the work we do, that dogs like Evander heal – physically, emotionally and mentally,” the animal shelter said.