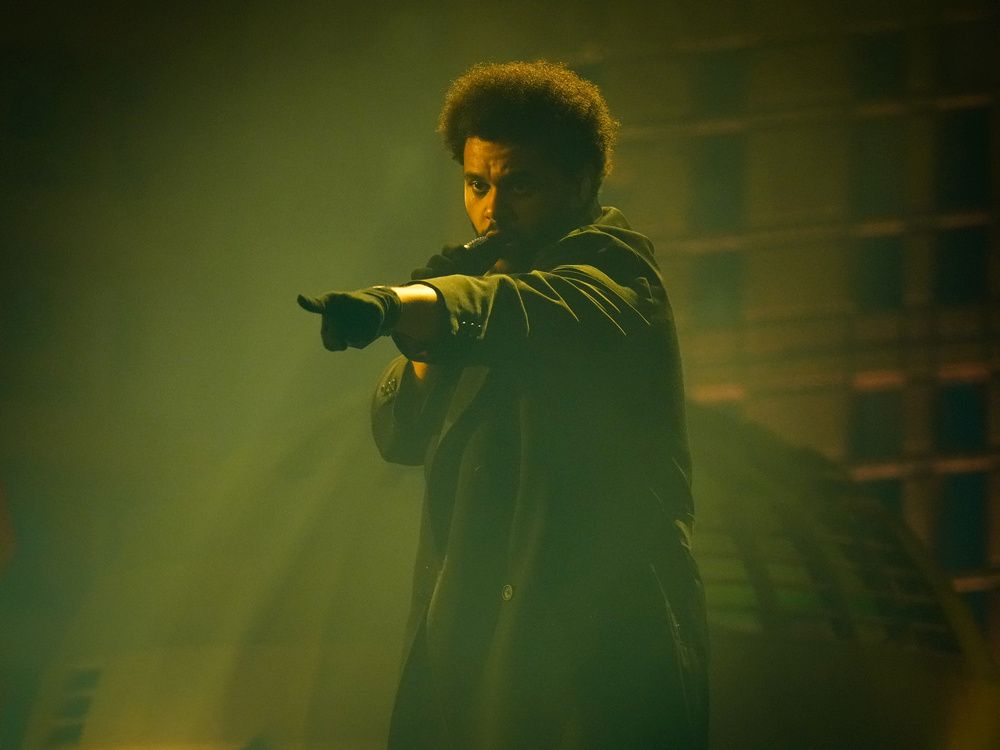 The Weeknd After Hours til Dawn Tour

It’s a big jump from Rogers Arena to B.C. Place and The Weeknd is one of those rare artists to make it. There isn’t another Canadian act of the moment touring playing 50,000-plus seat arenas.

Naturally, the stage set up for the After Hours til Dawn Tour is a lavish one with no shortage of bells, whistles, explosions and more.

Here’s what went down after the lights did:

1 — Yawn PM: Perhaps expecting something more than slow waves of ambient sounds washing over the arena that could have been someone setting their phone to run a Bloom patch, the warm-up was not. Unless watching one lone roadie sweep the stage runway forever is entertaining to you, this was little more than a lot of time spent watching dry ice smoke drift by on clouds of liberally applied Axe cologne.

The upper balcony wave that got going looked like so many bouncing lights going around the arena. That was kind of cool. And it certainly fuelled some crazy loud pre-show scream-ons. Good way to build anticipation and fidgeting fans.

2 — Gasoline: A stylized Toronto back seat complete with a flashing CN Tower lights up and The Weeknd appears hovering over it all. Twenty one red-robed figures solemnly file out onto the long stage promenade and the gig gets going. Wearing a mask and his signature black Mac coat and gloves, he gets down to business. Sacrifice follows and the party is on. Great sound mix.

Also, is there anything more epic looking than a giant stage and promenade all bordered by rows of bright white vari-spots that can create walls of moving lights all across the venue?

3 — The Hills: Whoa, the pyrotechnical spectacle matched the drama of the hit from Beauty Beyond the Madness. Loved the collapsing building effect and the sudden unity dance moves by the now-moving but still mysterious red robes. The transitions between tunes were seamless and the crowd never missed a beat or a lyric. Throughout it all, The Weeknd is as much drill sergeant as singer.

4 — Faith: one of the few downtempo tunes in his set has a lot of folks harmonizing on the line about using my religion everyday. It’s a deeply honest lyric and resonates soundly with the house. The red robes affect some solemn swaying to suit the vibe. He holds this feeling right up until the big release of the oh-so-seventies groove of Out of Time. What a great tune.

I Feel It Coming follows and this is when the L. E. D wristbands light up and everyone finds their own take on the rhythm to wave their hands in the air.

5 — Call Out My Name: The addition to this number from 2018’s My Dear Melancholy EP was a pleasant surprise — as would have been a few more selections from other back catalogue recordings. This one is packed with all the arena power ballad bombast you could ask for and people were loving all the drama. All that was missing was a collapse to the stage after he begged and pleaded with the subject of the song. This kind of felt like the closer even though Blinding Lights wouldn’t finish the night up for another four songs.