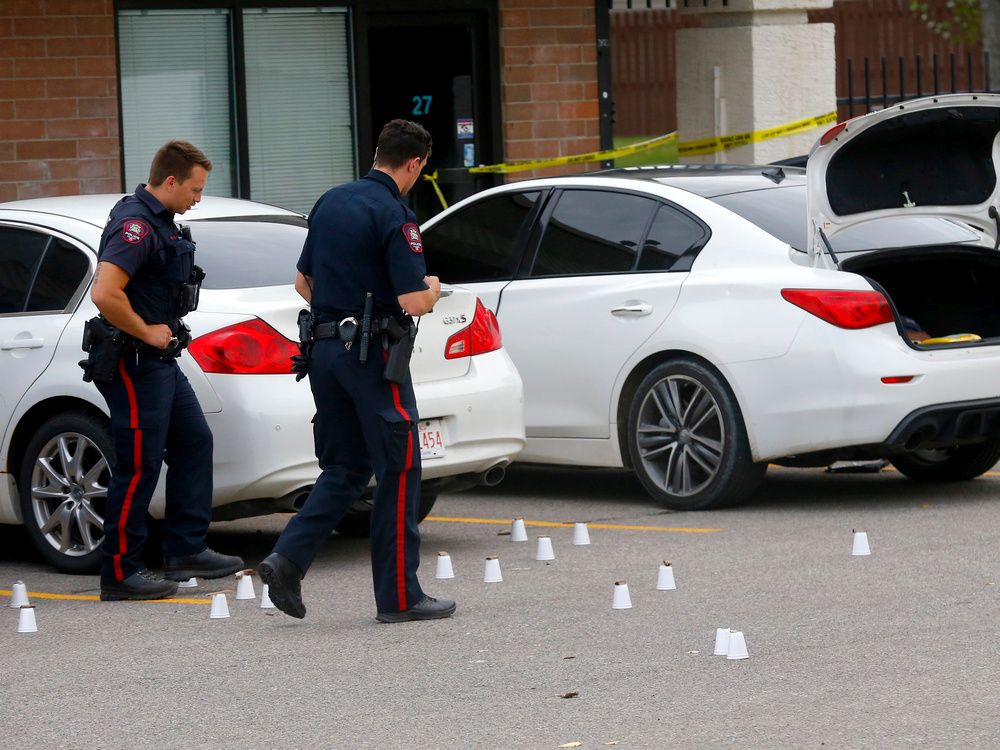 There were no reported injuries in the shooting, which took place in Pineridge on Monday evening

Police are investigating another shooting in the city that occurred Tuesday evening.

After receiving reports of gunshots being heard near the area of 28th Street and Radcliffe Drive S.E., police arrived and found about 25 shell casings on the ground.

A police spokesperson said the shooting is believed to be a targeted incident, and noted that officers were doing everything they could find to the offenders, while ensuring members of the community were safe. The spokesperson was unable to confirm if anyone was injured in the incident, noting that information is part of the ongoing investigation.

In a separate incident, Calgary police responded to a shooting in the northeast community of Pineridge on Monday evening.

Police were called to 56th Street and 23rd Avenue N.E. for reports of shots fired around 6:40 p.m.

Police say no injuries were reported. They believe the gunfire was exchanged between two vehicles.

That investigation is also ongoing.

Calgary has seen a slew of gun violence incidents in the past week, including a fatal shooting at a bar on Sunday, an exchange of gunfire between vehicles that sent one person to hospital also on Sunday, and a homicide in the southwest community of Evergreen last Thursday.

Anyone with information can call the CPS non-emergency line at 403-266-1234, or leave an anonymous tip with Crime Stoppers.