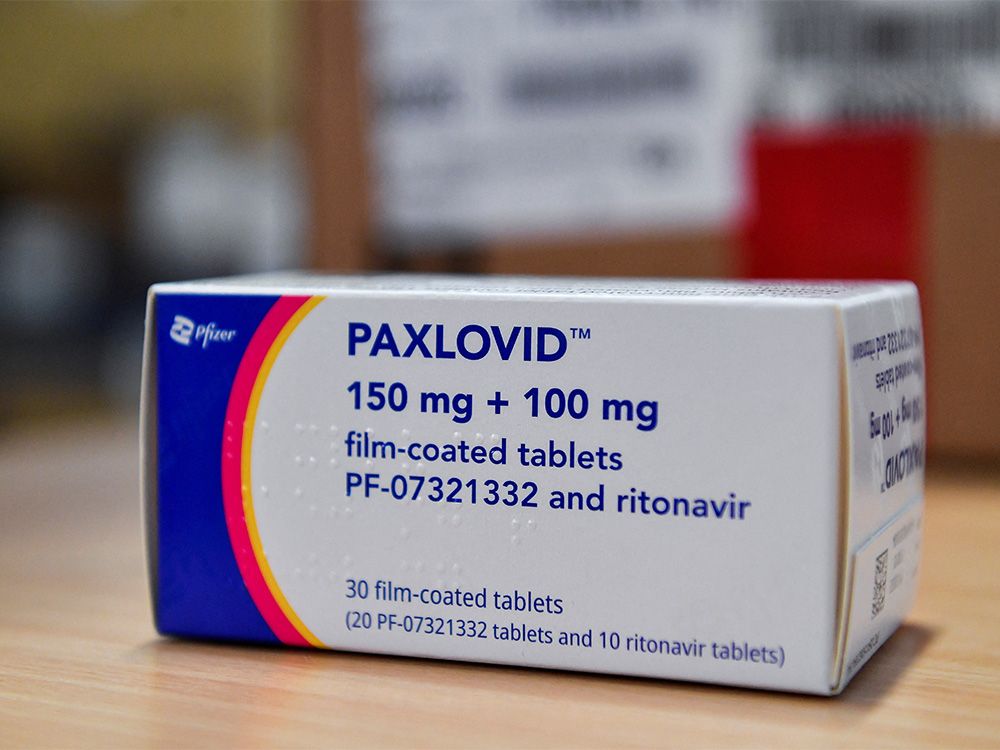 Access to an antiviral drug that significantly reduces risk of severe COVID-19 illness is insufficient, says an immunocompromised Calgary woman who has had trouble receiving the treatment.

Yvette Peters tested positive for COVID-19 on a home rapid test Thursday, and immediately set out to obtain a prescription for Paxlovid from the province. She said she confirmed her diagnosis through a provincial PCR test and called the province’s dedicated Health Link line for accessing the drug, but has been unable to have a prescription filled.

Paxlovid is an oral drug found in clinical trials to reduce risk of hospitalization or death from the novel coronavirus by nearly 90 per cent if taken within five days of the onset of symptoms.

Entering day five of her symptoms Sunday, Peters worried she was running out of time to start the treatment.

“It’s pretty frustrating. It’s causing me some anxiety and a bit more panic, because I read that for somebody in my position, I should probably have the Paxlovid even if my symptoms are quite mild,” Peters said.

“Not being able to access anyone who can prescribe it, it’s kind of disappointing.”

Though she hasn’t had to go to hospital, Peters said her symptoms have worsened since testing positive for the virus.

In a statement Saturday, Alberta Health Services said it was not aware of eligible Albertans having difficulty accessing Paxlovid. They advised any Albertans who test positive for COVID-19 and are eligible for the treatment to call the province’s dedicated Health Link line at 1-844-343-0971.

The drug is currently available to people with some underlying health conditions, including those who are immunocompromised, as well as older, unvaccinated individuals. Full eligibility criteria are available on the AHS website.

Paxlovid has gone largely unused in Alberta, even as a sixth wave of COVID-19 transmission continues in the province.

As of last week, only about 670 Paxlovid prescriptions had been filled in Alberta since the drug became available at the end of January. More than 16,000 courses of treatment remain in the province’s supply.

Calgary public health physician Dr. Jia Hu told Postmedia last week he believes more communication work is needed to inform Albertans about Paxlovid availability. He said there’s no shortage of patients who could have potentially benefitted from the treatment.

“If everyone who was currently eligible for Paxlovid had got Paxlovid, we would have given out all our doses,” Hu said.

— With files from Dylan Short