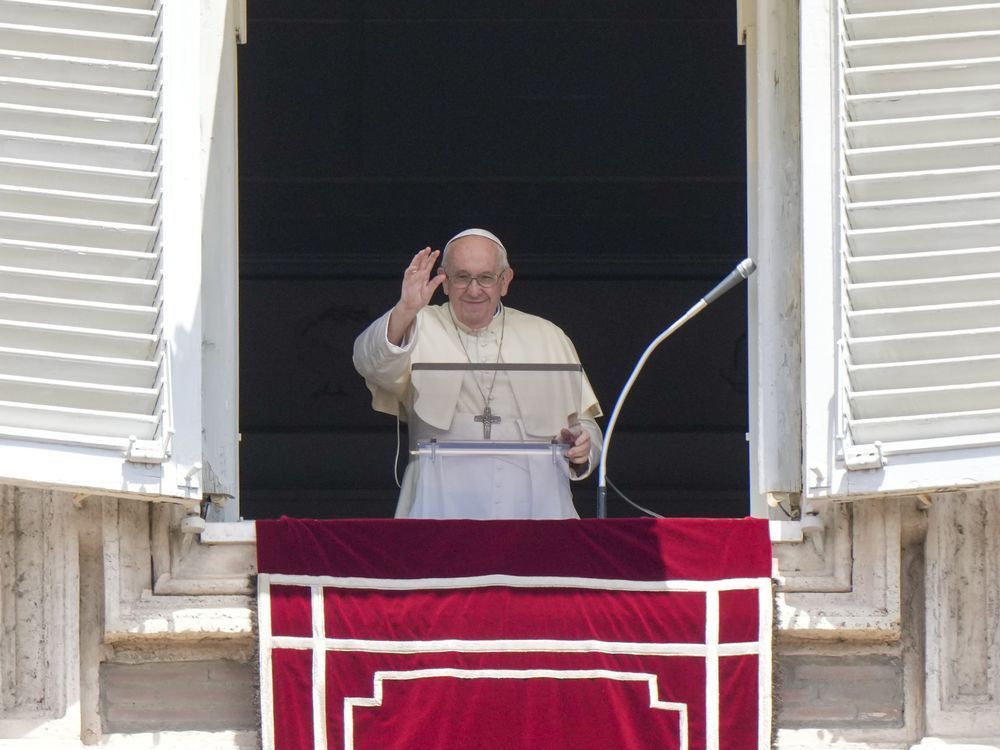 The Pope will be in the Edmonton area from Sunday morning until early Wednesday including a trip south to Maskwacis and northwest to Lac Ste. Anne.

“Travellers should be aware of these temporary road restrictions and plan their routes accordingly in order to avoid delays,” Shane Schreiber, an assistant deputy minister with the government of Alberta, said during a technical briefing with reporters last week.

The rolling closures will be in place before and after the Pope’s motorcade passes through.

On Tuesday, the province released specific details around the closures but notes they are subject to change.

The Pope is scheduled to arrive in Edmonton at 11:20 a.m. The QEII Highway northbound between the Edmonton International Airport and City of Edmonton will be closed until the motorcade passes by.

Pope Francis is scheduled to depart in the early morning, arriving at Maskwacis for 10 a.m. The QEII will again be closed as the Pope travels to the site in the morning and returns to Edmonton in the early afternoon to visit Sacred Heart Church downtown.

The province says to expect “closures, significant delays and limited access” of Highway 2A, northbound and southbound, between Wetaskiwin, Maskwacis and Ponoka as well as along Highway 611 throughout the day.

Following an open-air mass at Commonwealth Stadium in the morning, the Pope will travel to Lac Ste. Anne late in the afternoon, prompting closures of parts of Highway 16 westbound, Highway 43 northbound and Highway 633 westbound.

Sections of the same highways will close again in the opposite directions later that evening.

The province notes there will be closures and restricted access to Highways 16 and 633 can be expected on all range roads and township roads west of Highway 43 and east of Highway 765, south of Lac Ste. Anne.

Highway 633 between Highways 757 and 43 will be closed except for buses and local traffic.

Pope Francis is scheduled to depart Edmonton for Quebec City at 9 a.m. Southbound lanes of the QEII between Edmonton and the airport will see rolling closures.

Information will also be posted on electronic message boards along Alberta highways.

Pope Francis is expected to apologize for the Catholic Church’s role in the residential school systems during his Canadian trip, which begins in Edmonton and ends in Iqaluit, Nunavut on July 29.

Those attending any of the public events in Alberta during the papal visit are reminded that parking will be limited or unavailable at all venues and that park-and-rise or pre-registered bus service are the best transportation options.

Meanwhile preparations in Edmonton continue to ramp up.

MacEwan University is providing a community gathering space on July 25 and 26 with healing activities, refreshments, and sharing circles.

On Tuesday, volunteers gathered to prepare care packages to welcome those visitors.

And, a $441,000 refurbishment of the ‘Dove of Peace’ monument to the papal visit of John Paul II in 1984 appears to be nearly done. The city said the money is outside of the $1 million in expenses it is covering during the papal visit.