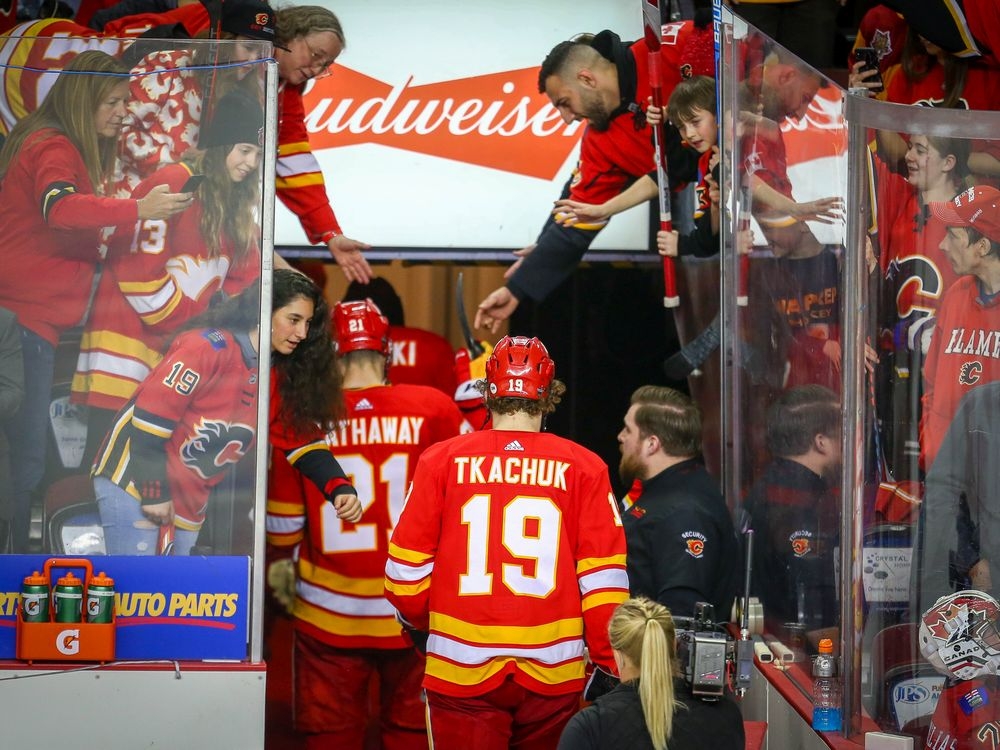 It’s there in the rearview mirror, not necessarily looming large like an oncoming forechecker but not a memory that has faded away, either.

As Calgary Flames alternate captain Mikael Backlund reminded: “A lot of us were here, and it really hurt a few years ago. We want to show we’re better than that.”

Now is the time.

As the Flames roll into the 2022 Stanley Cup playoffs, there have been plenty of reminders of their flop from three years back.

For that 2018-19 edition, however, the spring fling lasted about as long as whatever is causing that stink in the produce drawer of your fridge. A first-round ouster was sealed in just five games.

“Any time you have an experience in the playoffs, I think you have to draw away lessons from it, and I think the guys who were on that team have definitely done that. It’s definitely not fully escaped from our memories,” said the always-insightful Noah Hanifin. “We have a much different team now, a different coaching staff. There are lots of differences from that year, I feel. But it’s also important to learn what kind of animal the playoffs is.

“You can’t ever take your foot off the gas. It’s tough. It’s hard hockey. But the way we’re built, I think we’re ready for it.”

Fresh off a 50-win campaign and top-peg finish in the Pacific Division, the Flames will battle the Dallas Stars in a first-round series. Game 1 is set for Tuesday at the Saddledome (8 p.m. MT, Sportsnet/Sportsnet 960 The Fan).

While this a rematch of their most recent playoff appearance, a showdown in the summer bubble in 2020, most of the reminiscing goes a little further back.

Several of Calgary’s core-casters are holdovers from 2018-19, including their current first line of Johnny Gaudreau, Elias Lindholm and Matthew Tkachuk and top defence tandem of Hanifin and Rasmus Andersson, although there have been several major additions since then.

A superstar between the pipes.

A two-time Stanley Cup champion behind the bench.

More secondary scoring, more beef on the blue-line and a few depth dudes with a whole bunch of been-there and done-that.

These Flames boast some of the best defensive stats in the NHL. That wasn’t their calling card back then. If their former goaltender didn’t stand on his head during that first-round exit, some fans in Calgary might be still covering their eyes, afraid to look.

“You guys, you have gotta get away from why they didn’t win a series or why they weren’t ready,” head coach Darryl Sutter lectured reporters in the final week of the regular season. “They were a bunch of kids. Noah, Ras, Mang (Andrew Mangiapane), Matthew, Lindy, Johnny … They were very limited-experience players. This is the next step.”

A few days earlier, Sutter had raised this topic himself.

Asked why he believes guys such as Gaudreau and Tkachuk, both 100-point performers this season, are now better-equipped for springtime success, he replied: “Probably one of the big reasons would be that they got their (butts) kicked, and they are proud guys and good players.”

So what was ultimately the undoing for those Flames?

Now a staple on Calgary’s third defence pairing, Nikita Zadorov has a unique perspective on what went sideways for that high-scoring squad. He was employed then by the Colorado Avalanche, who surged into the playoffs as the final wildcard and made lickety-split work of the Western Conference pennant-winners.

For those who have been around a while, it’s hard to forget that hurried humbling in 2019.

The lessons were evident in the late stages of the regular season. There was no let-up, even after they had secured home-ice advantage through the divisional rounds, and that’s not just a result of Sutter’s hard-driving approach. As Lindholm pointed out: “We kind of slowed down a little bit before the playoffs started (in 2019), and it’s hard to turn it on again, just like that. So we have to keep going, keep building our game and create a good feeling before the playoffs.”

There is a whole lot for these Flames to feel good about.

If there’s any cause for fret, it’s the echo from that thud of three years ago. That team had a similar regular-season showing, a similar confidence about them.

The holdovers are determined to ensure this spring fling lasts a whole lot longer.

“I think it’s just overall a more experienced group,” said Backlund, now the longest-serving skater at the Saddledome. “I feel like we have a really good shot here, and we want to take advantage of it.

“A lot of us went through that pain, and we know what it takes now and what we have to do to win a series and to move on. There are a lot of guys who have done it, too, who know what it’s like. So I’m just really excited about this group. I have a real good feeling.”