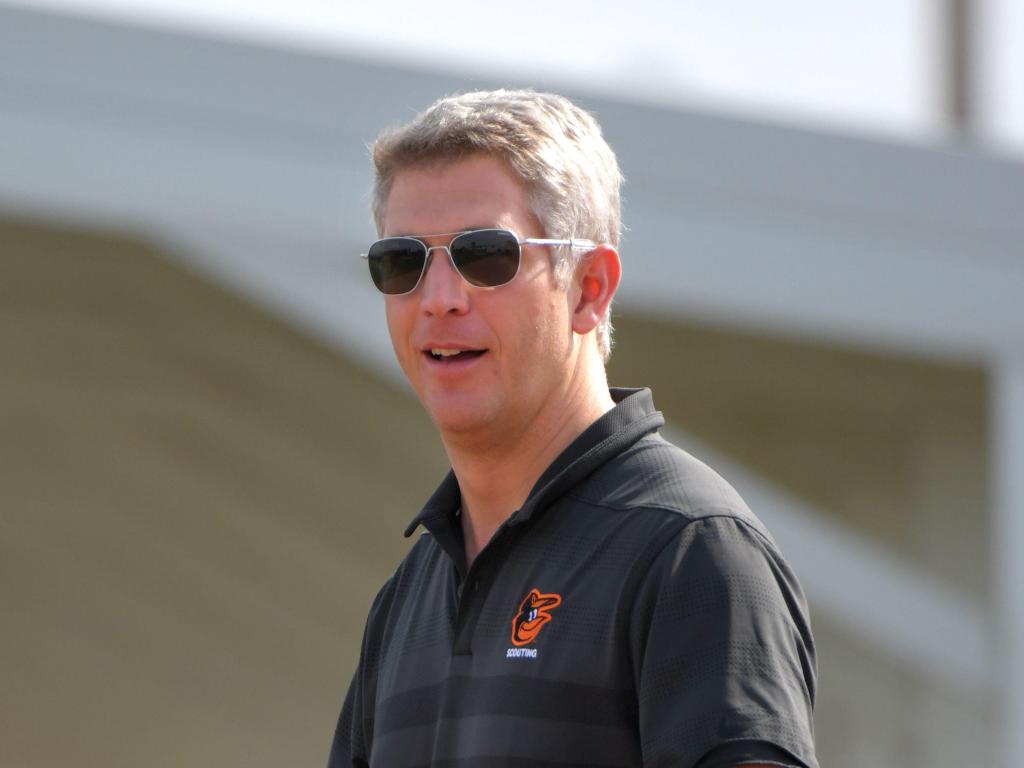 The Orioles complete the 2022 Major League Baseball draft Tuesday with their picks in the 11th through 20th rounds.

Baltimore has the opening selection of each round, having started the draft by taking Oklahoma prep shortstop Jackson Holliday with the first overall pick Sunday night before grabbing college players with each of their next 11 selections.

The Orioles have the second largest bonus pool in modern MLB draft history, with that total determined by the value of their picks through the first 10 rounds. The signing bonuses for players taken Tuesday only count toward the Orioles’ pool if they sign for more than $125,000.

Here’s a breakdown on each of the Orioles’ Day 3 draft picks:

Skinny: The Orioles pick a sixth right-handed pitcher in Showalter, who Baseball America ranks as the draft’s 209th overall prospect. Showalter, a South Florida commit who has no relation to former Orioles and current New York Mets manager Buck Showalter, averages a fastball 91-95 mph. According to Baseball America, scouts said the fastball has been his dominant pitch, causing many swings and misses. His offspeed pitches remain works in progress.

Skinny: The 6-foot-6 Brehmer ended the 2022 season strong after having an ERA over 6.00 in May. But in his final game as a Hoosier, he allowed just one run in a complete game against Illinois in the Big Ten Tournament. He finished with a 5-4 record and 5.30 ERA across 14 starts (17 games) this past spring in his first year in the Big Ten. The Indianapolis native transferred to Indiana for his senior season from Wright State. The right-hander was previously picked by the Orioles in the 23rd round in 2019.

Skinny: If the Orioles were fielding a basketball team, executive vice president and general manager Mike Elias just found his center. Beck is 7 feet tall and 225 pounds, and he would be the tallest pitcher in MLB history should he reach the big leagues. His fastball tops out in the low 90s and Baseball America reports his size helps him create both life and deception on the pitch. Beck recorded a 3.95 ERA over 13 starts, striking out 105 batters and walking 31 in 68 1/3 innings this past spring.

Skinny: The Orioles drafted Retzbach after seeing his power-hitting numbers improve in the 2022 season. After hitting seven home runs in his first two college seasons, Retzbach hit 11 this spring and batted .293 with 46 RBIs. He also struck out 36 times, 10 fewer than in 2021 despite more than 30 additional at-bats. The 6-foot-4 catcher started all 105 games he appeared in at Lehigh.

Skinny: The Daily Gamecock, South Carolina’s student newspaper, reported Hicks had season-ending Tommy John elbow reconstruction surgery in March, but coach Mark Kingston said he expected Hicks to return for the majority of the 2023 season. Whether he chooses to return to South Carolina or sign with the Orioles, Hicks is set to miss significant time before pitching in a game again. The 6-foot-2, 190-pound right-hander transferred to South Carolina from Crowder College, a junior college in Missouri, for the 2022 season and only pitched twice before the injury. He finished with an 0-1 record and allowed four runs over seven innings. After his 2021 season with Crowder, Hicks earned First Team All-Region and All-District honors.

Skinny: In two years with the Hokies, the 6-foot-1, 185-pound right-hander went 8-0 in 48 appearances with a 4.40 ERA. Firoved came to Virginia Tech from Northwest Florida State and pitched entirely as a reliever in Blacksburg. The Virginia Beach native faced 223 batters in 2022, and struck out 32% of them. Firoved, who turns 23 in September, is the ninth right-handed pitcher Baltimore has selected.

Skinny: At this time a year ago, Young was widely considered a potential top-10 pick. Then the 6-foot, 180-pound shortstop struggled in the 2022 season before announcing in June he’d transfer to LSU. Young’s batting average declined each year at Vanderbilt; in 2022, he hit just .207 with 26 RBIs in 56 games. Should the Orioles sign him, they would be gambling on the switch-hitter living up to the potential that once had him near the top of mock drafts. Baseball America still regarded Young as a top-200 player.

Skinny: Ranked among the top 150 players in the draft by MLB.com, Walters was one of the best relievers in the county this past spring. He relies on the fastball, throwing it almost 90% of the time, according to MLB.com’s scouting report, but it’s a dominant pitch. The 6-foot-4, 220-pound reliever struck out more than half the batters he faced and can touch 100 mph, and he had a whiff rate of over 40%. Walters lacks any consistent pitch outside of his fastball, but had 14 saves with the Hurricanes this past spring. He came to Miami from junior college, and a move to the bullpen in Coral Gables turned him into a draft prospect.

Skinny: Mathes was a two-way star for Richmond this past spring, batting .344 and pitching to a 3.35 ERA. He was successful as a pitcher with 58 strikeouts in 43 innings this spring, starting six games. But he’s being drafted by the Orioles for his bat. In three years with the Spiders, Mathes batted .333, and this past season he hit .344 in 55 gameswith 10 home runs and 59 RBIs. At 6-foot, 195 pounds, Mathes bats and pitches left-handed, and he still has two years of eligibility at Richmond if he chooses to return to school.