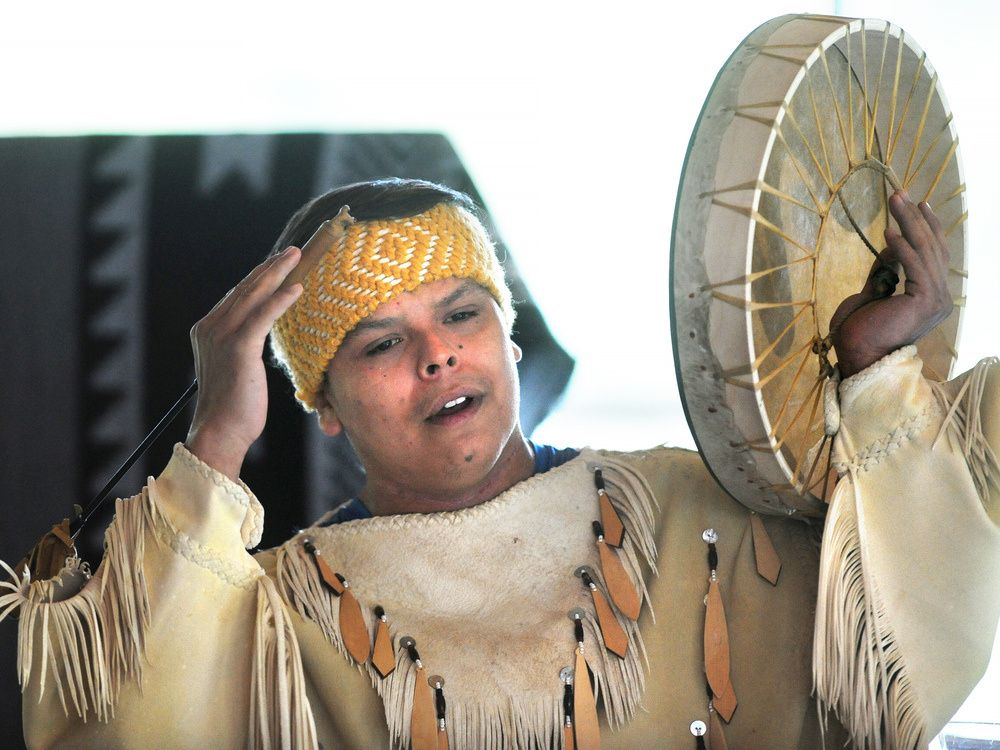 With the vision of an Indigenous-led 2030 Winter Olympics hanging in the balance, leaders of the four host First Nations sent an urgent letter to Vancouver council prior to Wednesday’s meeting to discuss a report that bluntly urges that the Games bid be abandoned.

Lil’wat, Musqueam, Squamish and Tsleil-Waututh leaders began the two-page letter saying that their communities had re-affirmed “strong support for advancing the bid process to bring an Indigenous-led 2030 Winter Olympic and Paralympic Games to British Columbia.”

Yet, at the end of the letter, they write that community consultations are still underway and that their endorsement of the bid is “conditional on the successful completion of the next phase.”

It’s that next phase with a December 2022 deadline for completion that deputy city manager Karen Levitt warns is impossible to meet.

“It is staff’s view that there is insufficient time for the requisite work to be done … to evaluate the potential benefits, costs and risks to the city, and to negotiate the necessary legal agreements.”

The First Nations’ letter acknowledged how much needs to be done.

Before a multi-party agreement can be negotiated — let alone signed by the four host First Nations, Vancouver, Whistler, British Columbia, Canada, the Canadian Olympic Committee, and the Canadian Paralympic Committee — each needs to determine how much of the costs and risks it’s willing to bear.

The preliminary cost estimate of $4 billion assumes that $1.2 billion will come from public sources, including First Nations.

That multi-party agreement also needs the as-yet-unwritten plan for how decisions will be made by an organizing committee if the bid is successful.

But that’s only a small part of it.

According to the city report, “There is insufficient information … to provide staff a clear set of parameters within which to advance negotiations.”

Further, “It is staff’s view that there is insufficient time between now and January/February 2023 to negotiate all the key terms and conditions that would be required to form a formal bid to the IOC.”

Still, the First Nations’ leaders — Dean Wilson (Lil’wat), Wayne Sparrow (Musqueam), Jen Thomas (Tsleil-Wau’tuth), and Squamish spokesperson Wilson Williams — argue that it is achievable if all parties “provide mandates to their staff to enter into necessary discussions regarding the terms of a multiparty agreement.”

But even if Vancouver council orders city staff to drop everything and get this done, the provincial government has raised similar concerns as well — so many that it has set pre-conditions to even consider endorsing the bid.

Melanie Mark, B.C.’s minister of tourism, arts, culture and sport, put those in a June 24 letter to Canadian Olympic Committee president Tricia Smith, noting that bid proponents “should not assume that the province will be responsible for costs of services and/or risks that they might incur.”

Mark’s letter raised the same concerns as the city’s report about how costs would be shared, what the International Olympic Committee might be willing to contribute, the lack of an agreed-upon governance structure, and the absence of an independent social/economic analysis of benefits and legacies.

In addition, Mark wrote that First Nations in the regions of the Olympic venues as well as all of the affected local communities must be “willing to share in the benefits, legacies, costs and risks.”

She specifically references eight First Nations because Sun Peaks, which is proposed for freestyle skiing and snowboard events, is on the unceded territory of the Adams Lake Band, Little Shuswap Band, Tk’emlúps te Secwe̓pemc, and Neskonlith First Nation. Where those four host First Nations are in the consultation process with their communities was not mentioned in the letter to council from the other host nations’ leaders. The Interior chiefs also did not responded to my requests last week for comment.

But at this late date, the most difficult requirement to meet is the province’s demand for proof of well-informed support in all of the affected communities following discussions about the Games’ impact on them, including “matters such as transportation, policing, security and other local government services.”

Those consultations are underway in the four host First Nations’ communities. But none have begun in the Interior since their chiefs were only advised in March of their potential Olympic involvement.

In Vancouver, public discussion has been notably and actively discouraged. All council discussions, motions and reports responding to those motions have been kept secret.

“The very first thing that needs to happen … is that residents of Vancouver get to express their support through a referendum much like the first bid,” Mayor Kennedy Stewart is quoted as saying.

This spring, Stewart aggressively shot down Coun. Colleen Hardwick’s motion for a plebiscite before it even got to council.

He falsely claimed that it would breach the memorandum of understanding with Whistler and the four host First Nations. Stewart also suggested that allowing a public vote threatened reconciliation.

Earlier this month, Vancouver’s integrity commissioner determined that Stewart was wrong about the memorandum of understanding, and recommended that the public record be corrected.

So whither the bid and public consultation? We might know later Wednesday.