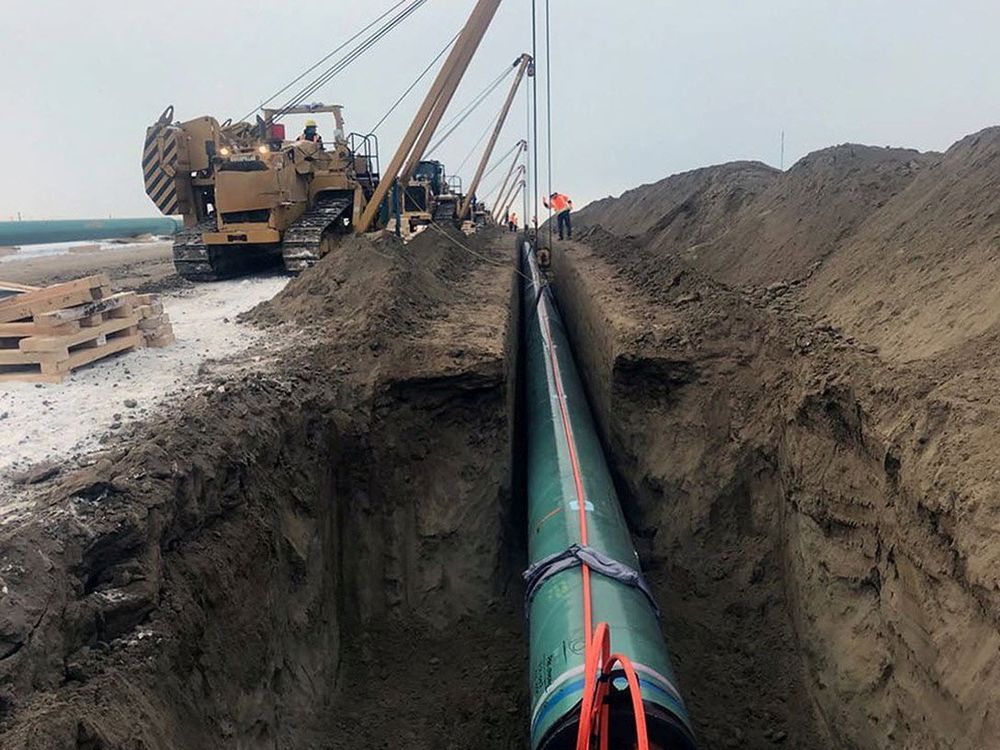 Canada, along with the rest of NATO, shows no will to meaningfully intervene to stop the genocide unfolding in the Ukraine. I emphasize “will,” not “capacity,” and “meaningfully” as defined by the Ukrainians themselves.

It’s all rationalized on the basis of avoiding escalation. No “red lines” exist. Only the tacit accommodation of Ukraine being denied its rights as a sovereign country, occupied by Putin’s military indefinitely.

Who can reasonably say they are surprised, given the leadership of men of the feckless capacities of Joe Biden and Justin Trudeau?

As the next weeks unfold, the only question is just how horrific will things be?

As usual, neither Biden or Trudeau can admit publicly and transparently that this is their actual position. Along with this, the continued dependence of Central Europe on Russian hydrocarbons will remain — at least in the short term. For example, 35 per cent of German oil demand is met from Russia, as well as 70 per cent of that country’s natural gas demand.

Dubious policies to decarbonize these economies have only created higher energy costs, less reliability and more leverage for Putin, even before the Russian invasion of Ukraine — a huge strategic vulnerability.

What Canada and the United States can do, and what is entirely within their capacity to do, is to reconsider their current irrational commitments to decarbonization of their economies (the intellectually honest version of zero net emissions) and become committed to fully develop their hydrocarbon potential as soon as possible.

Of course, the impact of that will manifest itself later in the decade, but every incremental hydrocarbon produced in Canada reduces the leverage of Putin. If Canada under Trudeau cannot find the will to confront Putin directly now in the Ukraine, can it at least do its part for global energy security?

Specifically, here is what can be done:

— Treat the completion of TMX and Coastal Link as national priorities to be fast-tracked as soon as possible, removing existing regulatory constraints and ensuring greater security on the ground — so that genuine domestic terrorist attacks against their completion cannot occur — as well as guaranteeing their in-service dates are no later than Q3 2023.

— Press the Biden administration on a priority basis to reconsider the KXL pipeline on the merits of both its inherent economic benefits to both countries, but also to advance global energy security.

— Set aside Bill C69 and restore the prior 2011 CEEA regulatory regime, but with expediting amendments.

— Set aside any oilsands emission constraints to enable Canadian oilsands output to reach and exceed 4.0 million barrels per day by the end of the decade.

— Immediately remove federal government ministers Jonathan Wilkinson and Steven Guilbeault from their portfolios. Wilkinson is not minister for Canadian energy but rather a minister of hydrocarbon obstruction. Guilbeault’s removal is essential to prove that a fundamental change in Canadian climate and energy policy is at hand. His antipathy to hydrocarbon development is seemingly limitless.

Most of all, it’s time to end delusions on climate and energy transition. Canada cannot fully realize its hydrocarbon potential unless it is willing to set aside its current national targets on emissions reductions. The two are utterly inconsistent with each other.

To be very clear, I do not advocate a total abdication of climate policy even in the current circumstances for Canada. But that policy cannot be defined by existing emission reduction targets that Canada has imposed on itself; nor can there be continuation of the current aspiration for de-carbonization — an aspiration that the Trudeau government has never demonstrated to have any net benefit to Canada. Instead, Canada should work within the G7, and most importantly with the United States, to re-invent the existing UN climate process to create one based on uniform carbon pricing across all developed economies. There shouldn’t be allocated emissions reductions applied to only certain economies, as is the case now, but with the inclusion of China and India as a necessary condition of such a regime. No more “free riders.”

Let the resulting carbon pricing solely define how green Canada becomes. If the rest of the G7 cannot rationalize $170/tonne for emitted carbon, why would Canada?

But however that process unfolds, Canada should still commit itself to hydrocarbon development, and not its obstruction, for its own economic interests and for global security.

If Canada cannot bring itself to help Ukraine tangibly in these critical days and weeks ahead, at least it can do this.

Canadian conservatives should be unrelenting in this demand, as should the Canadian business sector. No more delusions.

Dennis McConaghy is a retired TC Energy executive and author on energy-climate policy in Canada. His book, Breakdown, won the Donner Prize for Best Public Policy Book by a Canadian author.