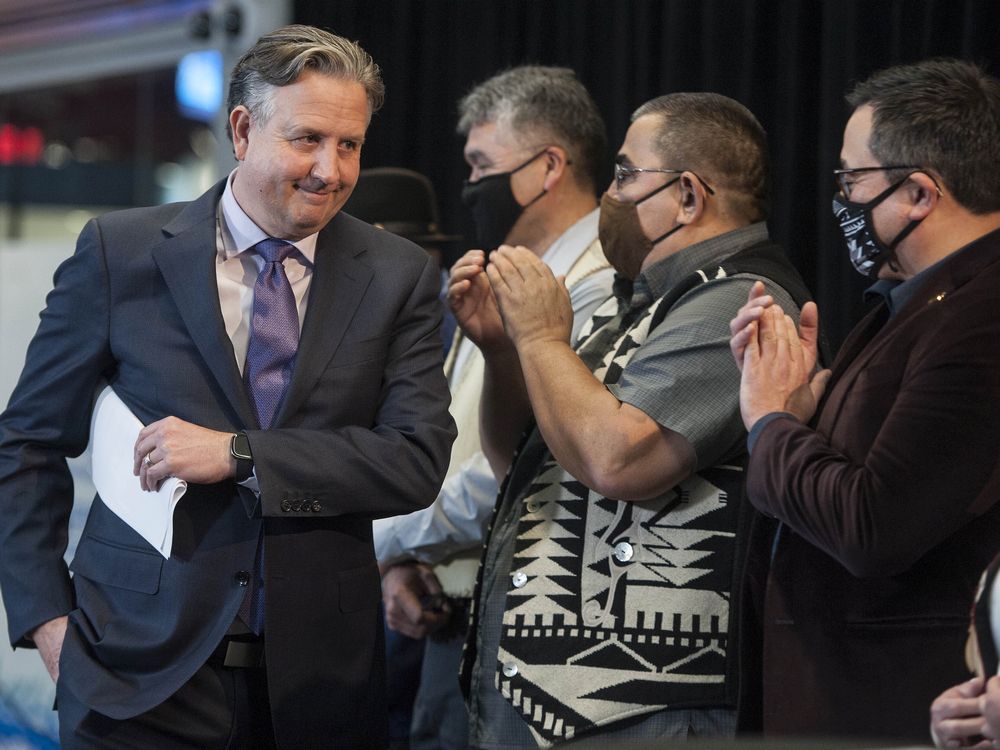 What most of us know about a possible Vancouver 2030 Winter Olympic and Paralympic Games is that the chiefs of the four host First Nations and the mayors of Vancouver and Whistler agreed last October to talk about it.

But the plan is already so far down the road that by October — when Vancouver Coun. Colleen Hardwick is proposing a referendum be held in conjunction with the municipal election — it may be too late.

The bid must be finalized by November, with the International Olympic Committee expected to make a decision early next year.

Why there has been no push for a decision here until now seems astounding, especially considering that only four years ago Calgary’s council unanimously suspended its bid for the 2026 Winter Games after 56 per cent of residents rejected the idea in a non-binding referendum.

Yet, somehow we have gone with warp speed from a few people in 2020 musing about “wouldn’t it be great to do it all again” to former CEO John Furlong’s flurry of closed-door meetings with politicians and influencers talking up a pie-in-the-sky, it-won’t-cost-a-thing dream for 2030, and now to what appears to be a near-done deal.

It’s hard to discern exactly what has gone on because of the secrecy at Vancouver City Hall, where almost all of the Olympic talks have been held behind closed doors. The exceptions were votes in late 2020 and again in March 2021 when three Vancouver councillors were opposed to staff even studying the feasibility of an Olympic bid.

It’s all been so hush-hush that “two people behind the 2030 bid” — Tsatassaya White, president of Vancouver 2030, and CEO Emilio Rivero — were interviewed during CBC’s broadcast of the Beijing Olympics’ closing ceremony last month.

But here’s the thing: They’ve got nothing to do with it.

In a telephone interview from Mexico, Rivero told me he did meet with Canadian Olympic Committee president Tricia Smith in November and was told not to approach the IOC.

His Vancouver 2030 is “a grassroots organization,” a non-profit that has registered the name, set up a website, gathered more than 22,000 digital signatures in support of a 2030 bid, and has more than 200 people registered as volunteers.

It’s an odd side story along an opaque path set up by the IOC that doesn’t have an official bid process or timelines that allow organizers to move mostly unnoticed from dream to near certainty in record time.

What super-charged the real Vancouver bid was when the Canadian Olympic Committee last summer approached Tewanee Joseph, president of the Four Host First Nations in 2010, and chiefs of those nations — Lil’wat, Musqueam, Squamish and Tsleil-Waututh — asking whether they would support it.

The answer was yes, but only if the First Nations lead it.

Suddenly, the Recycled Olympics were the first Indigenous-led bid and the Reconciliation Games.

And now, it seems Hardwick’s motion calling for a referendum may not even get a seconder when it goes to council Tuesday night, let alone be voted on.

Mayor Kennedy Stewart opposes the motion, and last week urged other councillors to consider what it says “about their own commitments to reconciliation” if they vote for it.

An equally compelling question is: What does it say about their commitment to democracy if they don’t let citizens have a say on a project that will almost certainly cost several billions of dollars at a time when there’s a climate crisis, housing crisis, an opioid crisis, and an ongoing pandemic?

According to the October 2021 memorandum of understanding, the Host Nations Exploratory Assembly (the chiefs, mayors and Canadian Olympic Committee) was to immediately begin pursuing “funding opportunities” with the federal and provincial governments that would form part of the feasibility report.

There has been silence so far, but among the discussions is whether funding for the 2030 Olympics might come from their reconciliation budgets.

In the coming weeks when the chiefs plan to start holding community meetings, it will also be interesting to see how supportive their people are of a global party celebrating elite athletes — few of whom are Indigenous — since it seems light years away from redressing the legacy of residential schools and advancing the recommendations of the Truth and Reconciliation Commission.

Since October, bid proponents including the Canadian Olympic Committee have been having “continuous dialogue, ongoing discussions, updates and shared learnings” with the IOC.

Meanwhile, the feasibility committee led by Tim Gayda (2010 Games vice-president of sport from April 2001 until March 2010) has been determining which of the old venues can be reused and what others might be needed.

Whether key venue owner/operators such as Vail Resorts, which owns Whistler-Blackcomb, and U.S.-based Boyne Resorts, which owns Cypress Mountain, are agreeable a second time will almost certainly depend on just how much money the organizers are willing to pay them.

The memorandum of understanding stipulated that the Exploratory Assembly needed to make a decision on the bid by March 2022. That would be about now.

And while the report isn’t finished and no final decision officially made, the feasibility committee continues to add more former Olympics staff and others in preparation for its transformation into a bid committee.

Proponents say by the end of May, the committee will be rolling out its “Games concept.” Expect slick videos, a great soundtrack, and feel-good messages.

Most of all, expect velvet-gloved warnings already presaged by Stewart’s comment: To oppose the Olympics — a spectacle controlled by an elitist organization with a sordid history of corruption, misogyny and squashing dissent — is to oppose reconciliation.