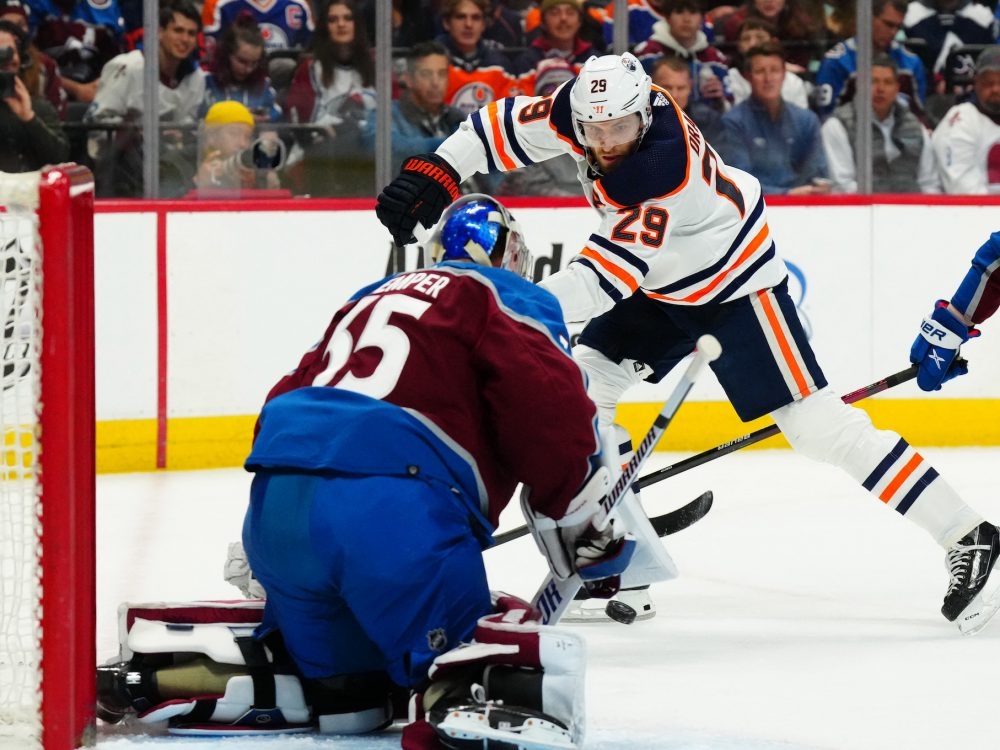 It’s been 24 years since the Colorado Avalanche and the Edmonton Oilers last saw each other in the playoffs — second round in 1998 — when Curtis Joseph, still knocking on the Hall of Fame door, out-played Patrick Roy, who is there.

Cujo had a magical late-series shutout run of 163 minutes and 40 seconds as the Oilers overcame a 3-1 hole to shock the heavily favoured Avs, beating them 4-0 in Game 7 in Denver.

That was the wild series where Oilers coach Ron Low gave Avs coach Marc Crawford the middle finger salute at the end of Game 6 in Edmonton, furious at Crawford who sent out a line of sluggers with the Oilers up 2-0.

In Game 7, Low was at the other end of the spectrum — all smiles after the final shutout, complementing his then five-year-old daughter A.J. on her fashion sense.

“She bought me this great (colourful) tie and I’ve been wearing night after night. I think I’m 23-5. I don’t know when I’m ever taking it off,” said Low.

Billy Guerin, now Minnesota’s general manager, had six goals on 30 shots in that series and Doug Weight had eight points.

THE AIR UP THERE

Playing in the Mile High City will be harder on the lungs for the Oilers than it was in Calgary, obviously. Thinner air. Get on, get off the ice, no minute-long shifts. More hydration required for the players, for sure. Keeping the mouth moist, taking sips of water. More rest.

“I remember my first time playing in Denver and hearing about it and quickly I found that it’s pretty accurate. It does take a while to get adjusted to. You feel it a bit. It’s important to have short shifts, especially in the first period,” said Oilers winger Evander Kane.

The Oilers flew to Denver Sunday afternoon to get acclimatized, although Woodcroft says, “I think the guys are used to that (thinner air) now. It’s part and parcel of going to play the Avalanche. You have to deal with it.”

“We’re going in a couple of days early. We should be fine,” said Kane.

In Round 1, we had the Teacher vs the Student storyline behind the benches as coach Todd McLellan’s Los Angeles Kings went against Woodcroft’s Oilers.

“These are nice narratives,” said Woodcroft. “That’s a special thing for their family, a nice storyline. But on Tuesday night when the series starts, it’s about two proud organizations trying to get to the next round.”

WHAT’S IN A NAME?

“I’ve liked Allen Iverson a long time and boys names tend to be really tough to come up with. We were looking for something more unique. Me and my girl-friend (Mara) thought Iverson was it,” said Kane.

Duncan Keith, with his three Cup rings in Chicago in 2010, 2012 and 2015, had a dry spell with the Hawks (missing playoffs three of four years) before his trade here last summer, but now he’s back in the Final Four with the Oilers.

“Think how special these (playoff runs) are for Duncan. He was part of the dynasty (Chicago) and a driver of that dynasty. He’s had a unique experience. He put every ounce of his human-being to be prepared for every game. He’s played 147 playoff games, Hall of Fame career. We’re going to benefit from his experience,” said Woodcroft.

This ‘n that: Darnell Nurse (core muscle issue) and Leon Draisaitl (ankle) continue to play games only. They weren’t at Sunday’s skate before flying to Denver … While we talk about Keith’s three Cup wins in Chicago, we forget that Oiler fourth-liner Josh Archibald also has his name on the Stanley Cup. He was on Pittsburgh’s 2017 playoff winner … While Calgary’s worried about losing Johnny Gaudreau to unrestricted free agency, the Avalanche won’t be able to keep the entire gang together after this run. They have a score of UFA players — Nazem Kadri, Manson, Valeri Nichushkin, Andrei Burakovsky, leading the list … Ex-Oiler and Colorado winger Andrew Cogliano, who has only been to the Final Four once has the post-season ups and down figured out. “Feeling sorry for yourself in the playoffs is death,” he said … The Avs are healthy except for defenceman Sam Girard (broken sterum) … Interesting that Mikko Rantanen has 10 assists in 10 post-season games for the Avs but only one goal and that was an empty-netter. Same for Cale Makar, who had an empty-net goal against St. Louis in Round 2 but didn’t beat either Jordan Binnington or Ville Husso.