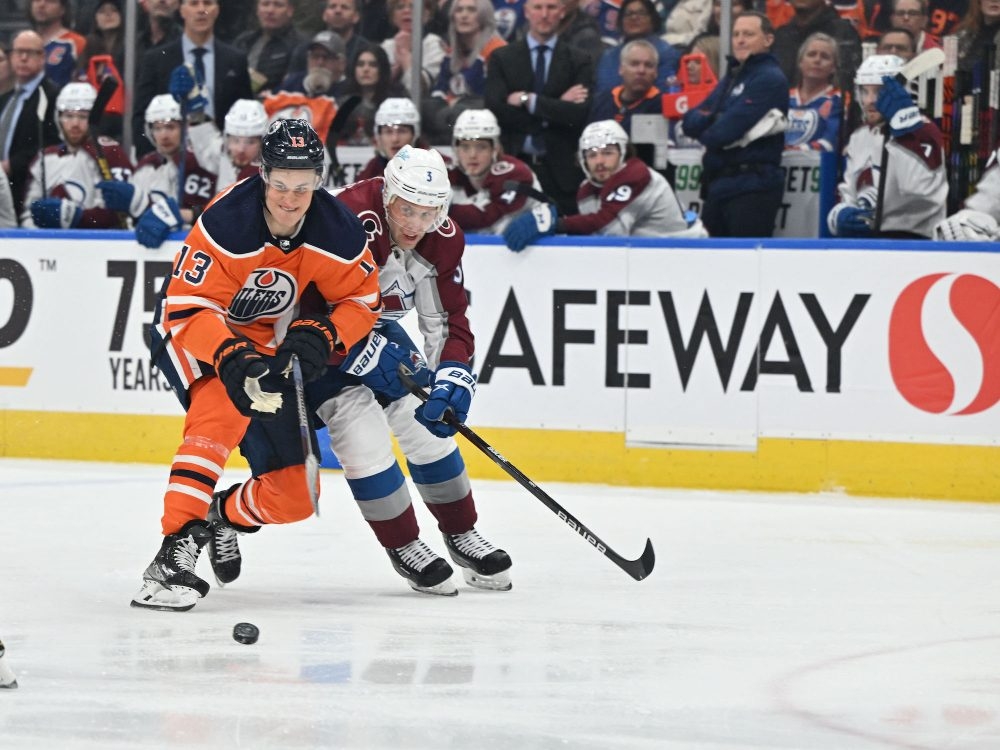 Edmonton Oilers winger Jesse Puljujarvi called in sick for Monday morning’s practice before the team flew to Minnesota to kick off their two-game road trip which also sees them in Nashville.

“Stomach issue, he’s OK,” said Oilers coach Jay Woodcroft, who said Puljujarvi would be on the flight to play the Central division teams.

But before we write that off as nothing much, Mikko Koskinen missed an expected start in Anaheim to start their last trip because of non-Covid illness.

Winger Devin Shore, who hasn’t deserved to be sitting as a 13th forward with his penalty-killing ability, was the practice place-holder at Rogers Place for Puljujarvi with Connor McDavid and Evander Kane. Shore is the only extra forward with the 14th forward Josh Archibald once again not on the trip to the U.S. because he’s unvaccinated.

Puljuajrvi’s done some excellent work on the forecheck and keeping plays alive with his big body with McDavid — The Bison King’s analytics are very good — but there is one number that can’t be shoved aside; three goals since Jan. 1. Three goals in his last 30 games.

That’s a fact. Unless goals is an out-dated stat for a forward, like plus/minus, that has to be better when you are playing with the greatest player in the world.

Puljujarvi has three goals on his last 47 shots. He scored two against Anaheim, one against the New York Islanders since the New Year. One of those was on the power play, so two even-strength. He has nine points in 30 games.

Again, he’s on the ice for way more goals for than against, a good thing obviously, certainly, in part because of the McDavid push as his linemate.

Pujujarvi had two glorious chances in close against Darcy Kuemper Saturday off McDavid feeds that the Colorado goalie made stops on. His poise with the puck in scoring areas?

It needs work. An observation, not a fact.

The Wild game will be a stern test for the Oilers, but maybe more representative of rest and how they’re playing than the first two games. They were in the middle of a six-game losing stretch in December when they got spanked, and playing their fifth game in seven days when they got clobbered the next meeting in February. Now, they’re 6-0-1 in their past seven and haven’t played since Saturday.

“They’re 8-0-1 in their last nine games and they’ll be a challenge for our team. They’re a big, heavy, grinding team. They’ll push us,” said Woodcroft.

This should be a game right up Zack Kassian’s alley, going against people like Marcus Foligno. They were in the Buffalo organization together as kids.

This ‘n that: One continuing thing to watch for the Oilers: they’re playing Derick Brassard and Kassian on the fourth line and neither player is on the power play or the penalty kill unlike many other NHL fourth-line players who are PK specialists, so the possibility of lots of sitting if it’s a special teams game … Wild forward Kirill Kaprizov has 18 goals in his last 19 games, second only to Auston Matthews’s 21 over the past five weeks. His 42 goals are tied with Eric Staal and Marian Gaborik for the Wild all-time best … Local products Mike Benning had four points in two games for Denver at the Frozen Four on their road to the NCAA title. The defenceman was outstanding but there’s no rush for him to turn pro … Talbot is 9-0-2 in his last 11 decisions with a .918 save percentage … Leon Draisaitl has 20 power-play goals. He’s tied with Wayne Gretzky (1983-84) and Ryan Smyth (96-97) for an all-time best in a single season … The Wild are chasing the top college free-agent forward Ben Meyers from U of Minnesota. He played for Canada at the Olympics. They’re also working on signing 2021 first-round Swedish draft goalie Jesper Wallstedt and getting him over to play in the AHL next season. The Oilers considered Wallstedt but were keener on Oil Kings goaltender Sebastian Cossa, who went to Detroit a few picks ahead of them.