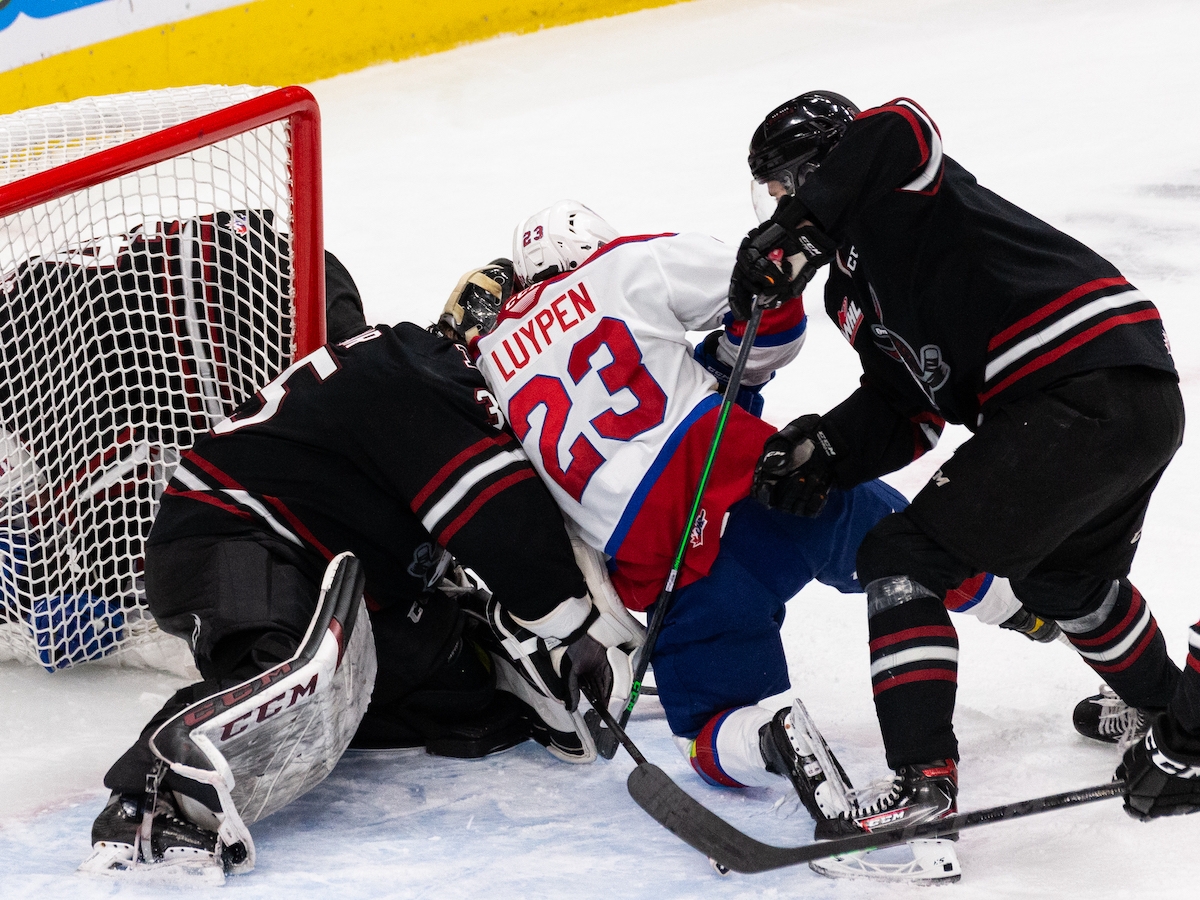 The Edmonton Oil Kings are eager to get back on the ice and continue their quest toward the 2022 Memorial Cup.

The Oil Kings begin their WHL Eastern Conference best-of-seven semifinal series against the Red Deer Rebels at Rogers Place (7 p.m.) on Thursday. Game 2 is Saturday before the scene shifts to Red Deer for the next two games.

“The guys are really excited; this is a fun time of the year, whether you’re playing in the NHL or WHL, it’s treated the same way,” said Oil Kings head coach Brad Lauer. “This is our kids dream to be in the playoffs and there is a lot of excitement, which is great.”

The Oil Kings swept the Lethbridge Hurricanes in the first round of the playoffs and had been sitting idly by waiting to see who their second-round opponents would be.

Red Deer defeated the Brandon Wheat Kings 4-2 in the best-of-seven series to move on to the next round against Edmonton. Red Deer clinched the series with a 5-4 triple-overtime win, in Brandon, Man., on Sunday night.

“We know what Red Deer is about and their identity as a team,” said Oil Kings captain Jake Neighbours. “We see a lot of each other throughout the year; specifically, the older guys on each team, we’ve seen a lot of each other over the last couple of years. It’s going to be an exciting series and we’re looking forward to it.”

The Oil Kings and Rebels faced each other 10 times this season in a modified schedule, which saw teams play just within their own conference due to concerns with the lingering COVID-19 pandemic.

The Oil Kings were 5-3-2 against the Rebels in the regular season. Red Deer was the only team in the league to beat the Oil Kings five times this year.

“Not having success early against them this season, didn’t sit well with us,” Neighbours said. “We weren’t used to having season series be that close this year, but that’s credit to them, they’re a good hockey team, they’re well-coached and they play their structure really well.

The Rebels have the two leading scorers in the league this season in Arshdeep Bains and Ben King. Bains, 19, had 43 goals and 112 points this season, while King, 17, had 52 goals and 105 points.

Red Deer also had a top-three power play, converting on 26.9 per cent of its opportunities. A key for the Oil Kings will be to stay out of the penalty box against the Rebels.

“They have a really good power play and they have two guys that really make it tick for them,” Neighbours said. “For us, we’re trying to limit their opportunities and we try to limit their space and I think the power play is an opportunity for them to gain momentum and have a lot of space.

“Any chance we can play five-on-five, especially against those two top players, it’ll be important for us and I think playing five-on-five will benefit our team in terms of depth.”

After two seasons of having one of the best teams in the WHL and not being able to compete for a championship due to the pandemic, the Oil Kings went all in this season looking for its first league and Memorial Cup title since 2014.

“I think playing down the stretch in the regular season, they are no secrets between us,” Lauer said. “I think everybody knows what kind of team each other has and what we expect from each other.

“For us, which I thought we did a really good job in the Lethbridge series of making really subtle adjustments,” Lauer said. “As the series progressed we made little adjustments that the guys really embraced and made those adjustments which helped us.”

The Oil Kings were expected to get past the Hurricanes in the first round, but were pushed, particularly in the clinching fourth game.

“I think that was kind of an underrated team, I don’t think 4-0 was indicative of that series,” Neighbours said. “They stuck with us through all four games and we had to really stick to our details in our game to get past them.

“I think they play similar to Red Deer in a sense they work extremely hard, that’s the identity to their game. I think Lethbridge was a good warm-up for us and Red Deer will be more of a challenge.”