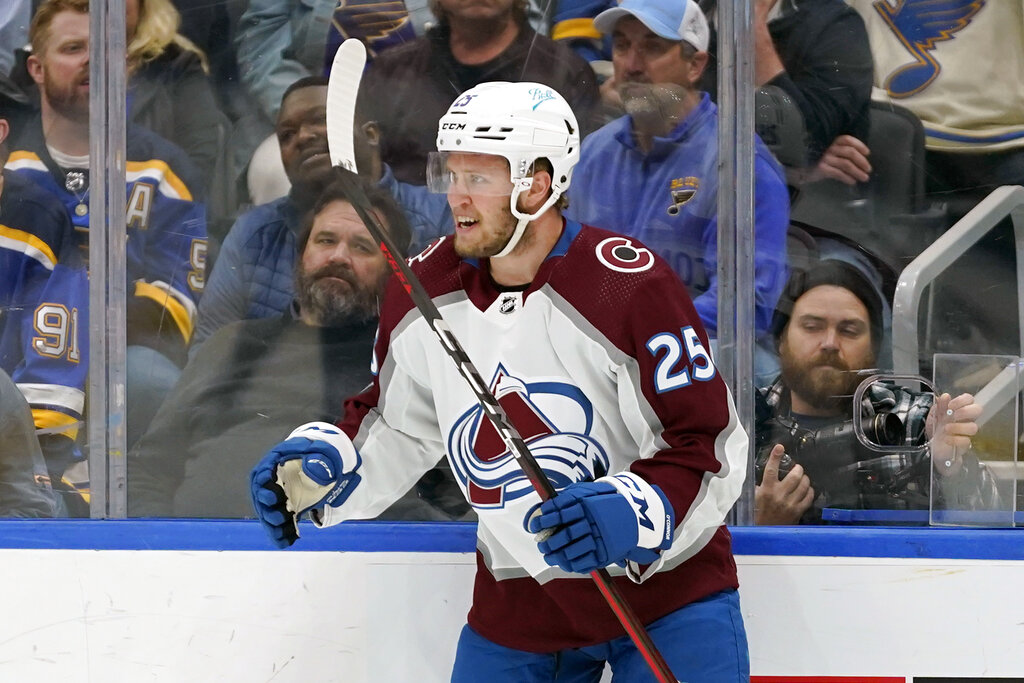 ST. LOUIS (KDVR) — Logan O’Connor scored his first career playoff goal as the Colorado Avalanche beat the St. Louis Blues 5-2 and took a 2-1 lead in the second round of the Stanley Cup playoffs.

At 6:45 into the first period, Calle Rosen and Nazem Kadri collided, sending Kadri flying into Jordan Binnington. The Blues goaltender was helped off the ice after being down for a few minutes and backup goalie Ville Husso took over between the pipes.

O’Connor tied it up in the first at 10:57 and Nazem Kadri and Artturi Lehkonen scored in the second period to give Colorado the lead.

Blues captain Ryan O’Reilly brought it to a one-goal game just before the period ended but miscommunication and a turnover cost the Blues when Gabriel Landeskog shot it into an empty net as Husso was trying to get off the ice for the extra attacker.

Lehkonen scored his second of the game when he shoveled the puck down ice into an empty net.

Binnington was 4-1 in five postseason starts with a 1.75 goals-against average and had stopped all three shots he faced in Game 3. Husso went 1-2 with a 3.02 GAA in three starts this postseason.

Girard taken to hospital, out for postseason

Avs defenseman Samuel Girard was taken to a local hospital for further evaluation after a hard hit took him out of the game.

Blues forward Ivan Barbashev skated into Girard pushing him into the glass. Girard’s head and upper body hit the glass hard before he fell to the ice. He stayed down for a bit before being helped off and taken to the locker room.

Avs head coach Jared Bednar said Girard suffered a broken sternum and is out for the rest of the playoffs.