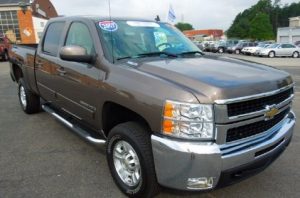 North Vancouver Mounties are turning to the public to help them find a man who was last seen more than two weeks ago.

Gerald Mitchell, 69, was last seen in North Vancouver on April 2 and reported missing on April 16.

He may be in possession of a hunting rifle, but police don’t think he is a risk to anyone and are concerned for his wellbeing.

His vehicle is described as a brown 2007 Chevrolet Silverado with the B.C. licence plate 220 2LH.

Anyone who believes they see him or his vehicle is advised not to approach and to immediately call 911.