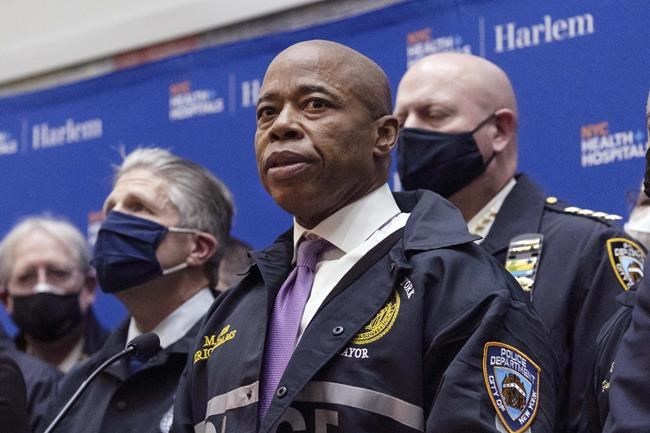 The first-term Democrat woke up with a raspy voice Sunday and took a PCR test that came back positive, spokesperson Fabien Levy said in a statement. Earlier Sunday, Levy had tweeted that Adams had taken a rapid test that came back negative but took the additional test out of an abundance of caution.

Adams has no other symptoms but has canceled all public events for the week and will be taking antiviral medications and working remotely, Levy said.

New York City has been experiencing a steady resurgence in virus cases over the past month. It’s now averaging around 1,800 new cases per day — not counting the many home tests that go unreported to health officials. That’s triple the number in early March, when the city began relaxing masking and vaccination rules.

Adams’ past week was busy: The mayor attended the annual Gridiron Club dinner in Washington last Saturday, after which dozens of attendees tested positive. He also delivered remarks at the National Action Network convention on Wednesday and attended that night’s gala, appeared in-studio on MSNBC’s “Morning Joe” on Thursday before joining Robert De Niro at the ReelAbilities Film Festival, went to the New York Yankees’ opening day Friday and was in Albany on Saturday.