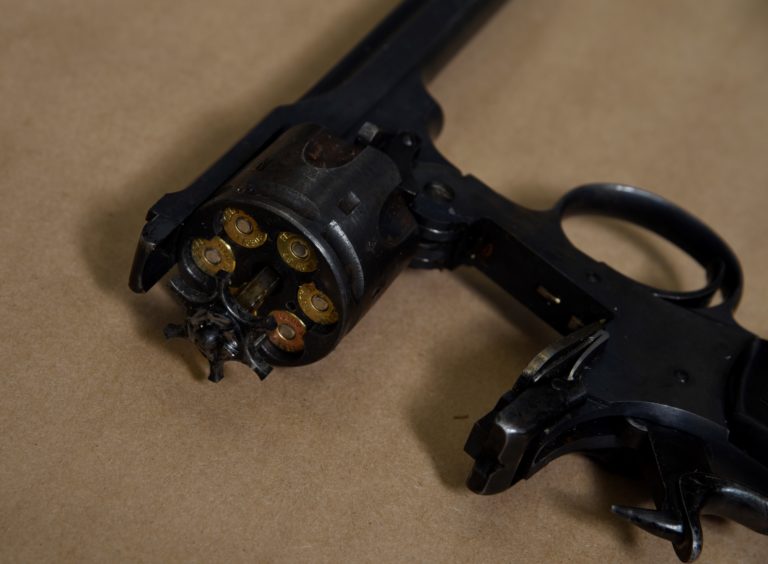 Police say three individuals were approached by two people with firearms on Clarkson Street and McKenzie Street around 8:30 p.m. on July 11.

“One suspect pointed a firearm at one of the victims and struck him in the face before taking the victim’s bag,” police said in a statement.

“As the suspects walked away from the group with the victim’s bag they pointed their firearms at another person who was walking down the street and asked this person what valuables they had on them.”

Two days later, police asked the public for any information or video that was available that could aid the investigation.

Police say soon after they were able to identify two suspects and safely arrested Danielle Levesque, 33, and Eugene Cottrele, 36, both of New Westminster.

Both have been charged with robbery with a firearm and assault with a weapon, while Cottrele is facing additional charges.

“A number of different specialty units worked together to identify and arrest these two suspects,” stated Sgt. Justine Thom.

“We’d also like to extend our appreciation to the citizens of New Westminster who worked with us in this investigation. Working together is the most effective way to maintain community safety.

Police say that “additional charges are anticipated in the future” as the investigation progresses.