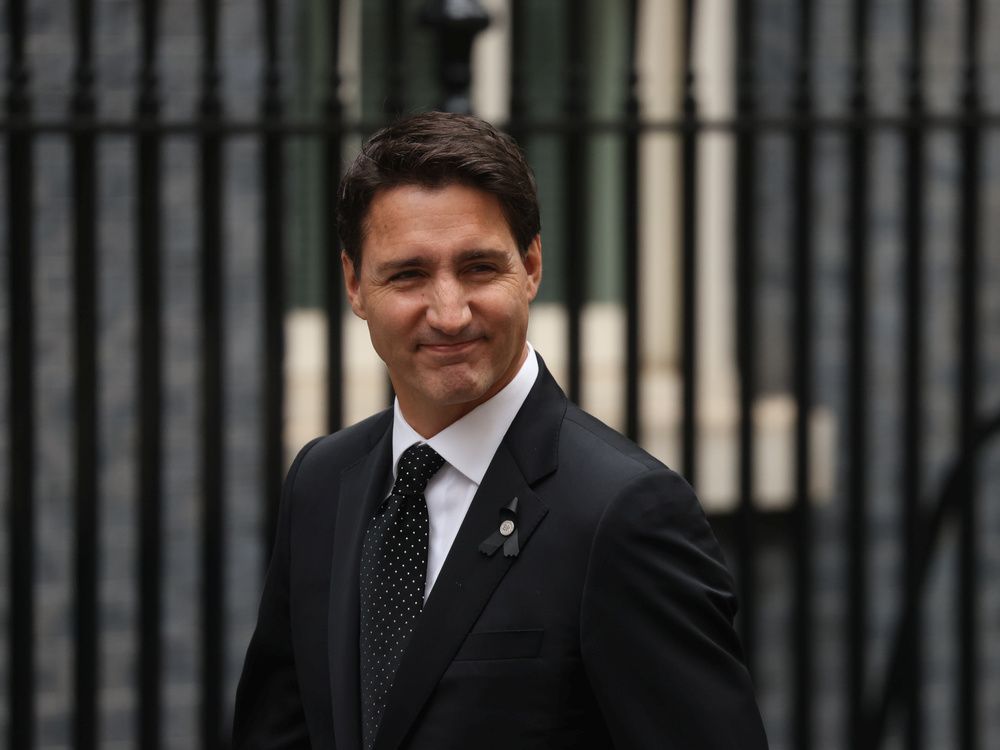 If we keep borrowing and spending at this rate, Canada could become the first banana republic that doesn’t even grow bananas.

Yes, once more into the fiscally futile breach we go, this time to spray billions around to help certain folk deal with the huge jump in prices over the past year, something that’s due, in no small part, to the previous billions of bucks our government merrily spread around.

Come on, this is rapidly becoming an economic Groundhog Day for those still hoping the limit of such exorbitant spending has been reached. No, as long as Canada’s got some credit left with someone, somewhere, these giveaways will continue.

But at least our prime minister is finally turning his attention to monetary policy. Remember, during that recent election campaign, Justin Trudeau declared he didn’t think about such matters? In retrospect, his ignorance might have been our bliss.

Last week, he announced plans to provide about $4.6 billion to low-income Canadians by hiking GST rebates, subsidizing rent payments and kicking into gear a national dental care plan. This is to combat high levels of inflation, currently averaging 7.6 per cent across our country.

Oh, but this free money won’t add to those inflationary fires, says Canada’s answer to Milton Freedman. Well, in that case, why not give away $10 billion, or even $20 billion? And can we all have a slice of this latest pie? If Trudeau’s correct in his monetary musings and oodles of free cash don’t stoke inflation, then why not?

Oh, and don’t reply we need to balance the federal budget. That ship sailed many years ago with Trudeau’s flippant comment about how it balances itself. (Perhaps dad paid his credit card balance each month when he was young, so that’s why our prime minister believes in some fiscal Tooth Fairy.)

But, as many a country across the globe has discovered, printing money and then spraying it everywhere in order to garner political support, eventually comes a cropper.

Canada has — or at least did have — a fairly reasonable financial resume. So borrowing money was a lot cheaper than in the likes of Zimbabwe, Sri Lanka or Argentina. But, give us time. The loonie might yet come to describe a sad individual who keeps his life savings in such a rapidly depreciating currency.

OK, to summarize, first, you set fire to the house, then you magnanimously provide a hose to the startled residents, but eventually, they discover it isn’t water but gasoline that’s now being sprayed, willy-nilly, on their flame-engulfed home.

And homes are indeed a suitable subject matter when it comes to dissecting the intricacies of Trudeaunomics.

Because, just as the prime minister pours gas on this inflationary fire, the high foreheads over at Canada’s central bank — asleep at the switch throughout 2021, it now transpires — are today determined to make up for that dozy lapse by jacking up interest rates at a furious pace.

They’re apparently saving us from ourselves by crashing the economy to curb inflation. (They must be rather confused, watching their ultimate boss simultaneously do the opposite — pouring fuel on that same inflationary fire by handing out billions like some Santa on steroids. Just don’t expect any banker to quit in protest.)

Nope, instead, they’ll continue lecturing the rest of us, while hiking borrowing costs. And what’s the first big-ticket item to get a shellacking through this policy?

House prices would indeed be the correct answer. That’s where so much of ordinary folks’ wealth is tied up. So, imagine buying a home a year ago when mortgage rates were rock bottom, putting 25 per cent down, only to find that equity is shrivelling faster than the hopes of Canada’s hockey teams come early May.

Sorry for being glib. Losing your home is no laughing matter. But you have to laugh or you’ll cry yourself a river. All we can do is watch this play out. So if singing “Yes! We Have No Bananas” helps raise a smile, then go for it.

Chris Nelson is a regular columnist for the Calgary Herald.