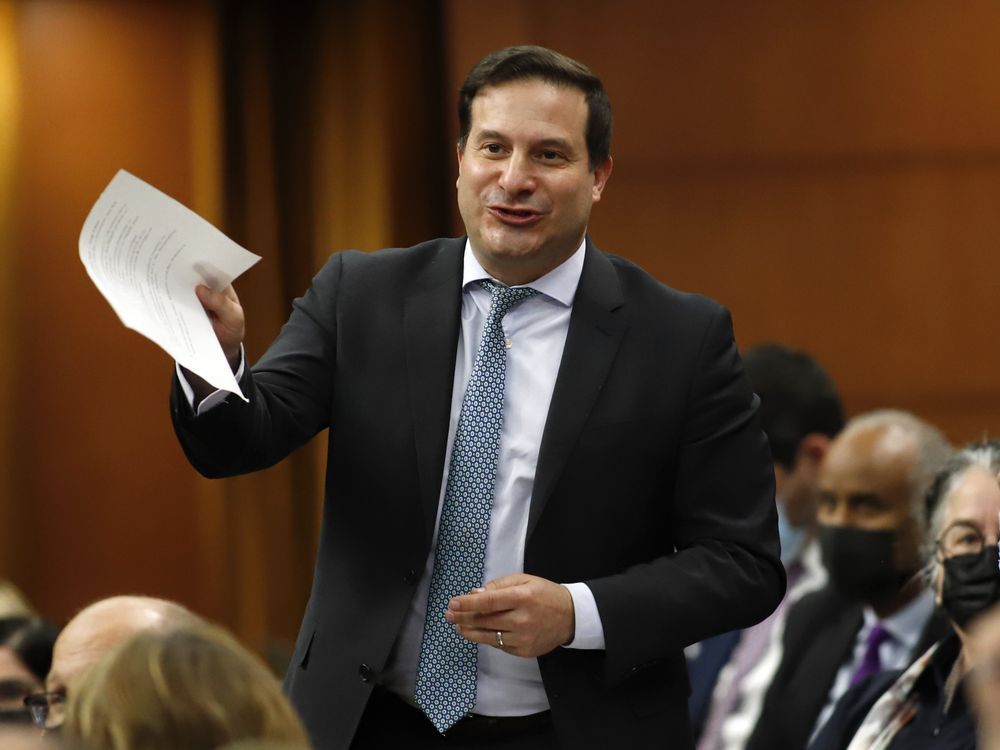 A central feature of the new legislation is a national freeze on importing, buying or selling handguns.

That’s a worry for James Bachynsky, owner of the Calgary Shooting Centre, who said his store has about $1 million in inventory which would be impacted.

“How the hell are we supposed to react on two minutes’ notice that our inventory is going to be prohibited and we can’t transfer it,” he said. “We have lots of questions, and no answers.”

The handgun freeze is aimed at helping to “stop the growth of personally owned handguns in Canada,” Public Safety Minister Marco Mendicino said in a news release, adding the aim is for new regulations to take effect in fall 2022.

A spate of shootings is surging through Calgary. As of May 25, there had been 62 shootings in the city in 2022, including 18 in April and eight so far in May.

Last week, Calgary police officials said during a police commission meeting that not enough is being done to stem gun crime, most of which involves “unlawfully possessed” guns.

The tabled legislation represents a proposal, and will likely undergo some modifications as it progresses through government committees, said Doug King, justice studies professor at Mount Royal University.

But he said the legislation’s approach to handguns won’t solve rising violent crime in Canada.

“The guns that are being currently used in violent crime are typically illegal firearms that have come into the country as opposed to having been purchased in this country, or were stolen from someone in this country,” King said.

“I don’t think that’s going to have any noticeable effect on gun violence.”

Other pieces of the legislation could have an impact “on the margins,” King said, including a new “red flag” law allowing courts to require that people considered a danger to themselves or others surrender their firearms to police.

“It will save some people’s lives,” King said. “Will it be the thing that will save people who have been shot through gang violence and things like that? Probably not.”

The bill would also allow for the removal of gun licences from people involved in acts of domestic violence or criminal harassment, such as stalking.

The Liberal government also says it will require long-gun magazines to be permanently altered so they can never hold more than five rounds. It will also ban the sale and transfer of large-capacity magazines under the Criminal Code.

Alberta chief firearms officer Teri Bryant said Monday evening her office would need some time to go through the legislation before commenting fully.

There are about one million legally owned and registered handguns in Alberta, she said, calling the proposed freeze an “intrusion” on those owners.

“It seems this is a preparation for, sometime down the road, an additional ban,” Bryant said. She argued federal money could be better spent on hiring more firearms officers to improve vetting for gun purchases.

“When the federal government comes out with measures like this, it destroys confidence.”

The number of registered handguns in Canada increased by 71 per cent between 2010 and 2020, reaching approximately 1.1 million, according to federal statistics. Handguns were the most serious weapon present in the majority of firearm-related violent crimes between 2009 and 2020.

Two years ago, the government announced a ban on over 1,500 models and variants of what it considers assault-style firearms. The Liberals plan to introduce a buy-back program to offer compensation to affected owners and businesses.

— With files from The Canadian Press