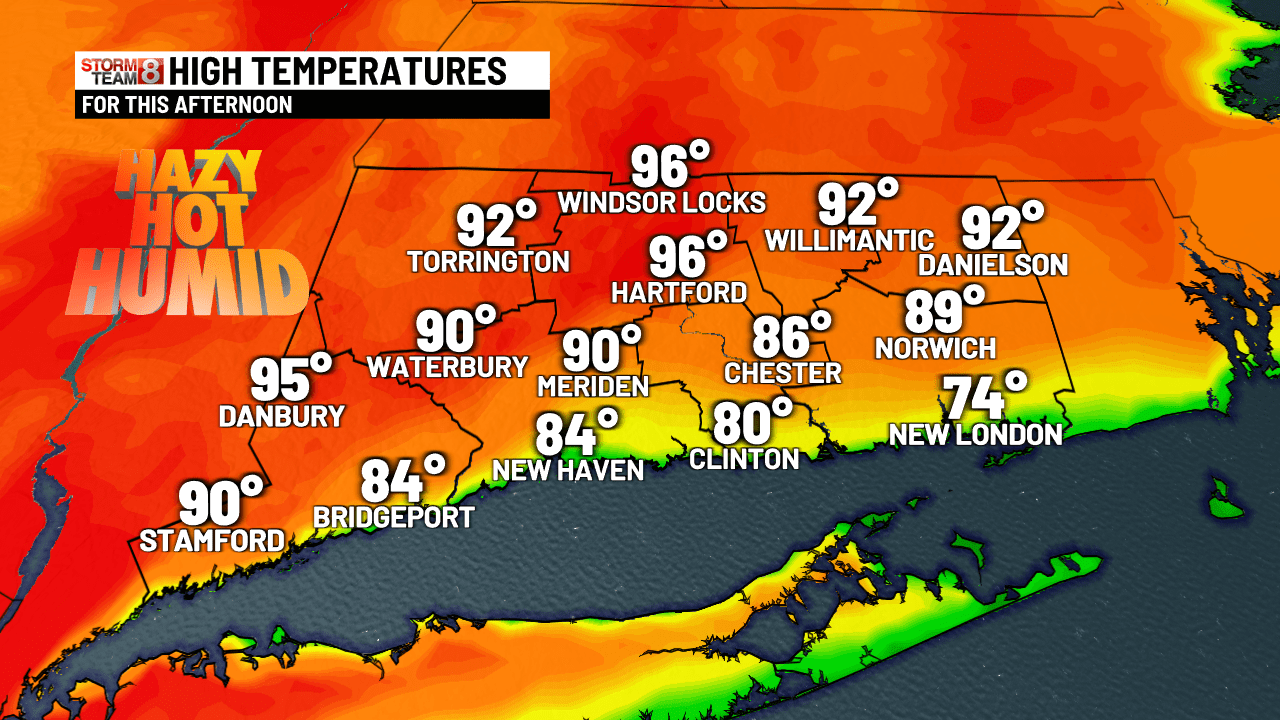 A dense fog advisory is up for the southern four counties until 9AM this morning. Clouds and fog will eventually give way to sunshine throughout the morning and it will start to heat up quickly. A HEAT ADVISORY is posted for inland CT with temperatures that will climb into the 90s inland. It will be cooler at the shore with 80s for most, 70s SE CT. It will also be humid which will make the temperature feel like 95-100° in spots. Just as hot and humid tomorrow with 90s inland, 80s near the shore. A few storms Sunday evening, especially inland as a cold front works through. This will drop our temperatures for this coming week. Showers and storms possible late week.

Tonight: Warm and muggy with a few passing clouds. Lows 66-70.

Sunday: Partly cloudy, hot and humid with a stray shower/thunderstorm in the evening, especially inland. Highs 75-80 at the SE shoreline to mid-upper 90s inland.

Tuesday: Mostly cloudy with highs in the upper 60s to near 70.

Thursday: Showers likely with highs in the 70s.

Friday: Mostly cloudy with storms possible later in the day. Highs in the low 70s.

Saturday: Passing clouds with highs in the mid 70s.